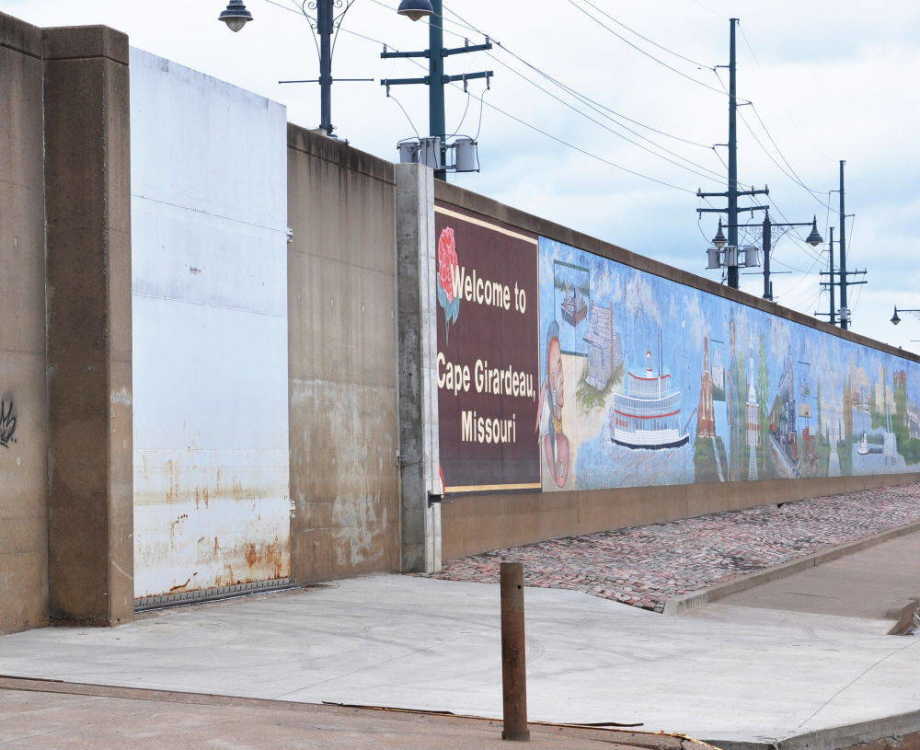 The latest round of record-setting flooding on the Mississippi River provided another reminder about the usefulness of the downtown floodwall. It also, however, provided a stark reminder that some parts of Cape Girardeau are not protected by floodwalls and levees, particularly the Red Star neighborhood. 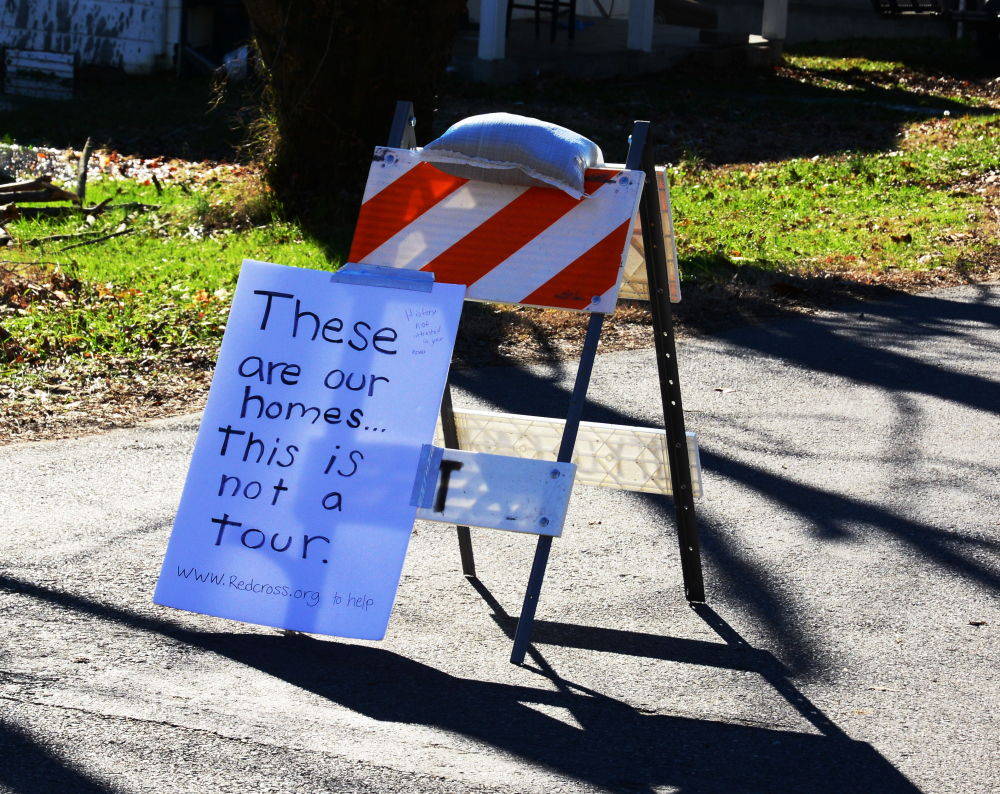 That's not for a lack of trying, though. In 1950, Congress directed the Corps of Engineers to develop a flood protection plan for Cape. The Corps envisioned a series of levees and floodwalls that would have provided protection from Red Star south to the Marquette cement plant. This preliminary concept was shown in a set of blueprints from March 1954. 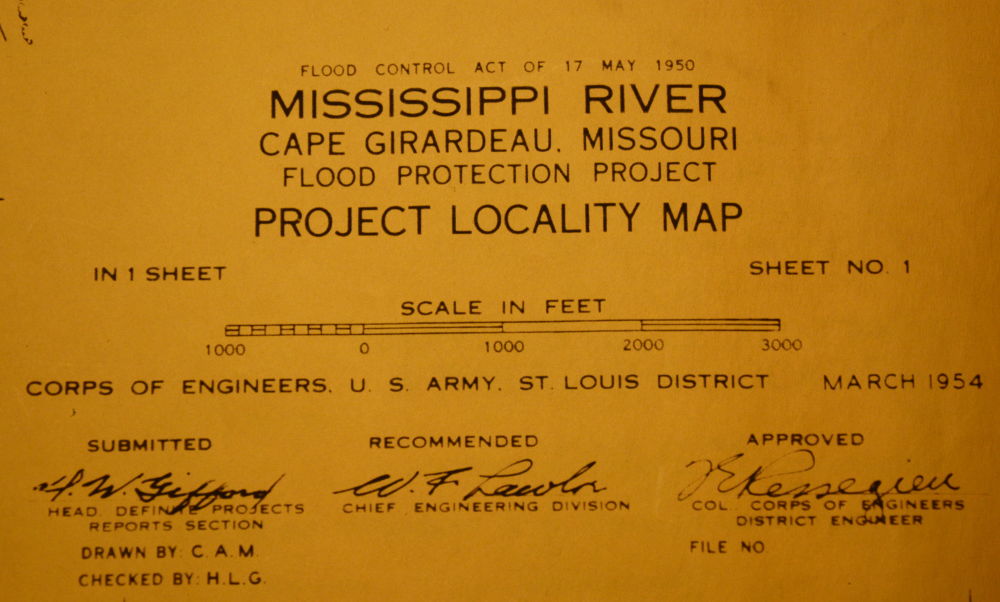 As depicted in these drawings, the project was divided into four reaches. Reach 1 involved the construction of an earthen levee wrapping around the Red Star neighborhood on three sides. 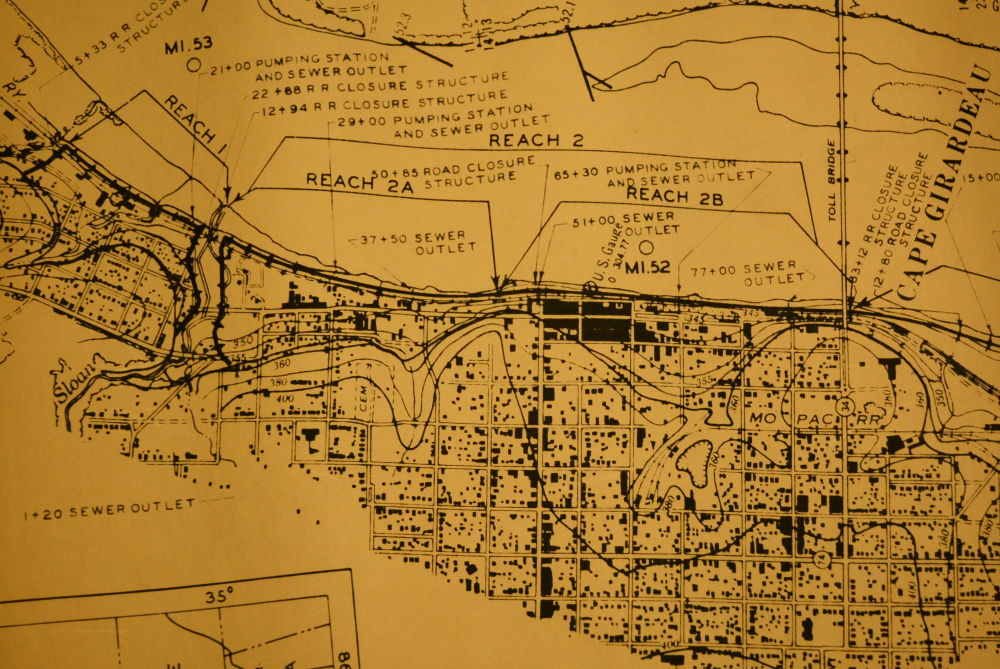 The details of this levee revealed it would have twisted around on the north side of Sloan Creek, requiring the demolition of several buildings near First and Main streets. 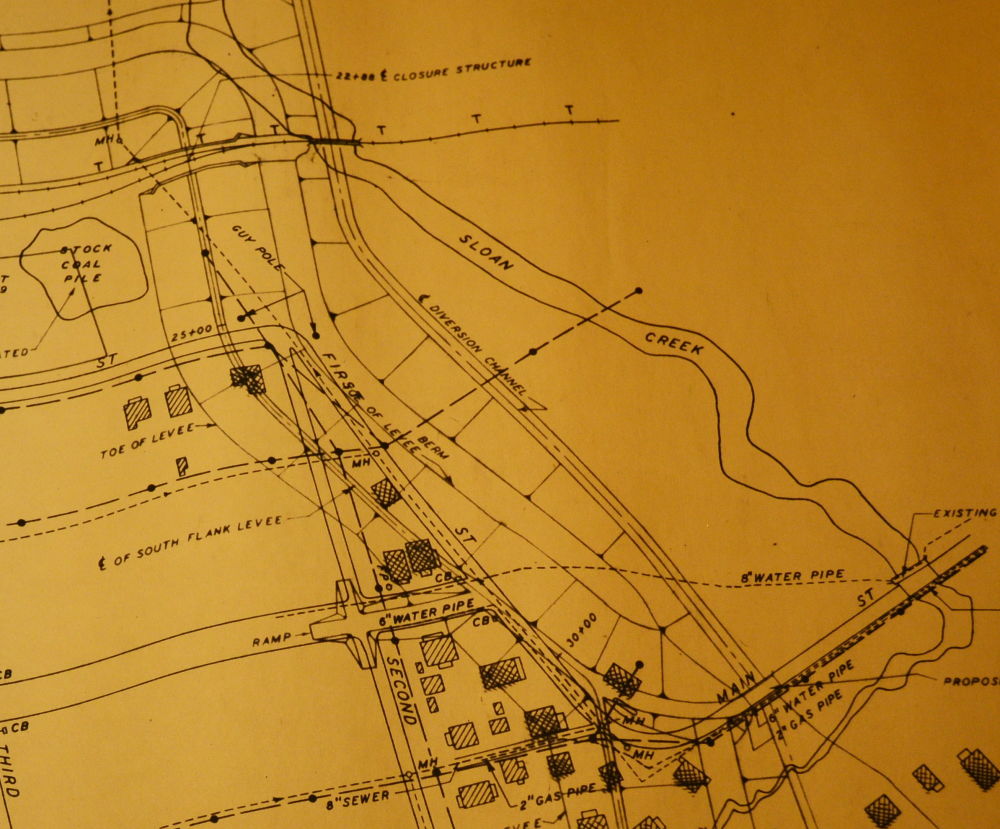 On the south side of Sloan Creek, Reach 2 was designed as a combination levee and floodwall running south past the shoe factory and downtown business district before ending at a railroad gate near the old traffic bridge. The drawings took pains to show the major downtown businesses that would be protected: Buckner Ragsdale, Patrick Furniture, Montgomery Ward, and others. 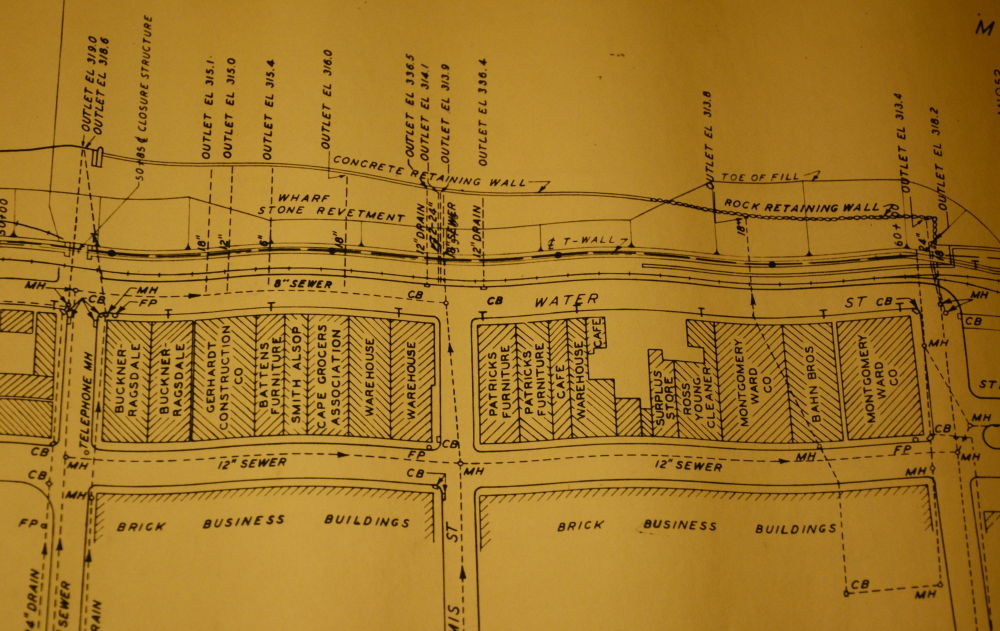 The drawings show several cross sections of the proposed floodwall. These are very similar what was actually built. 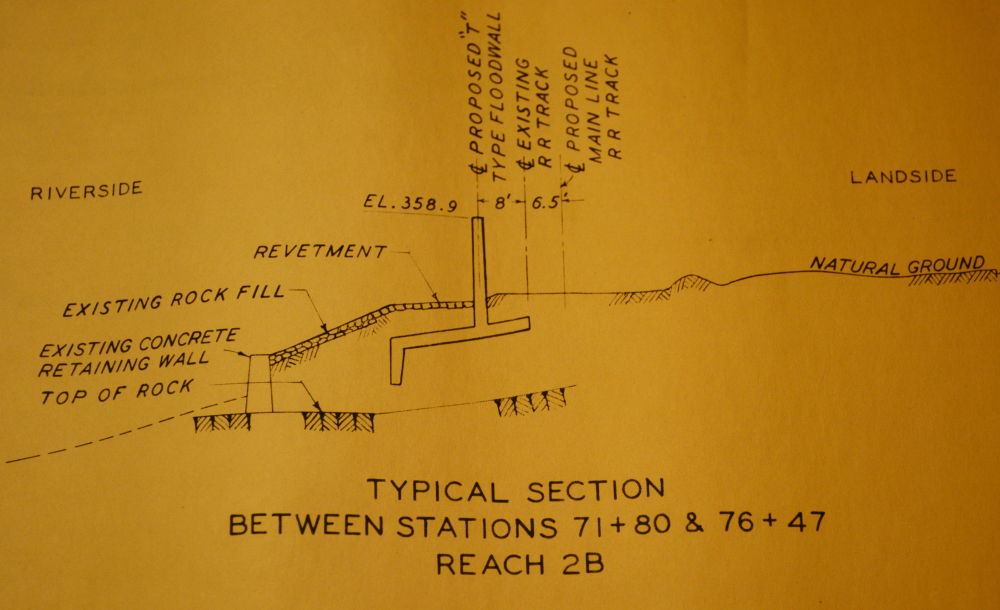 Continuing south, levees would have protected the Smelterville neighborhood (Reach 3) and the Marquette plant area (Reach 4). These levees were depicted as fairly extensive, requiring them to wrap around Cape LaCroix Creek on both sides back to South Sprigg Street. 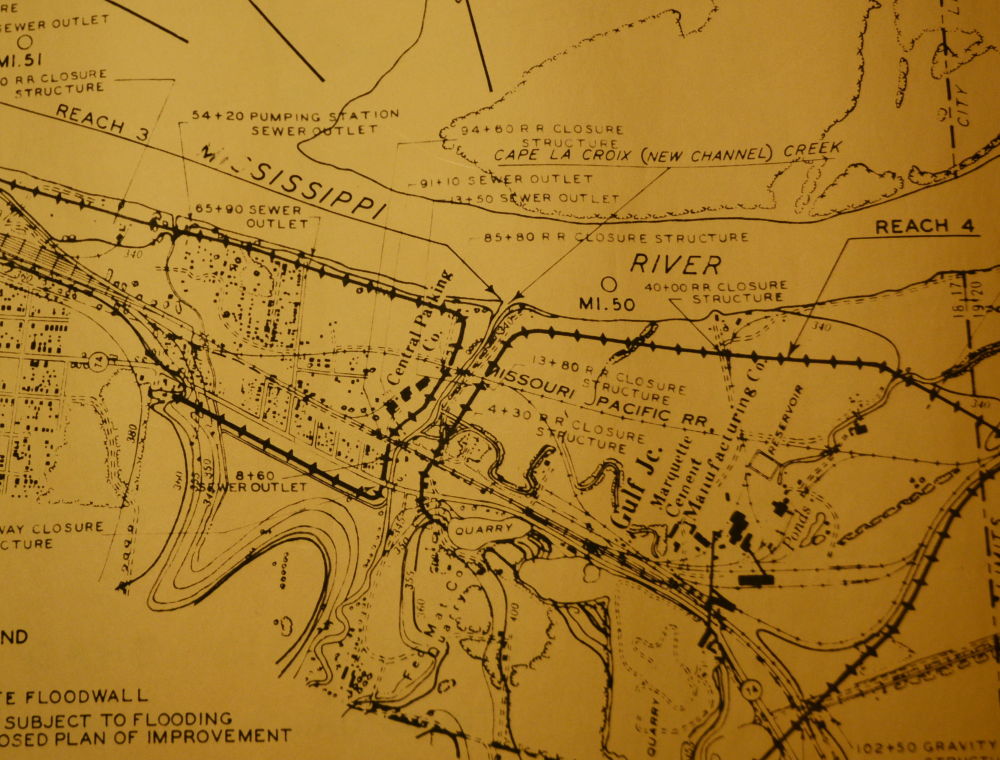 In 1955, when more extensive plans were developed, only the downtown section south of Sloan Creek (divided into Reach 2A and Reach 2B) was pursued. An article about the floodwall in the Southeast Missourian from 1993 explained that the Red Star and Smelterville segments were not designed "because economic justification for them was not established."

Construction work started on the downtown portion of the floodwall in 1957, but the project was not overly popular due to the high cost and the expectation that the wall would be an eyesore. After a couple of years of work, the Corps of Engineers suddenly halted construction due to funding problems and right-of-way disputes.

An editorial in the Southeast Missourian criticized the whole project: "The people never had a voice in it; they were never asked to vote on it at election." The editorial added that "the more than $6 millions the wall will cost eventually would have bought a lot of property in the Main and North Main sections, according to present tax assessments."

The downtown floodwall was finally completed in 1964 at a cost of $4.75 million, but the dedication ceremony was decidedly low-key. Col. James Meanor, the district engineer who oversaw completion of the project, was quoted years later in the Southeast Missourian: "Usually you find a dedication is a day of celebration with the high school band, the mayor, the congressman, the governor maybe. We collectively decided that there had been such acrimony that had ridden along with it that having such a show of celebration was not an appropriate thing to do." 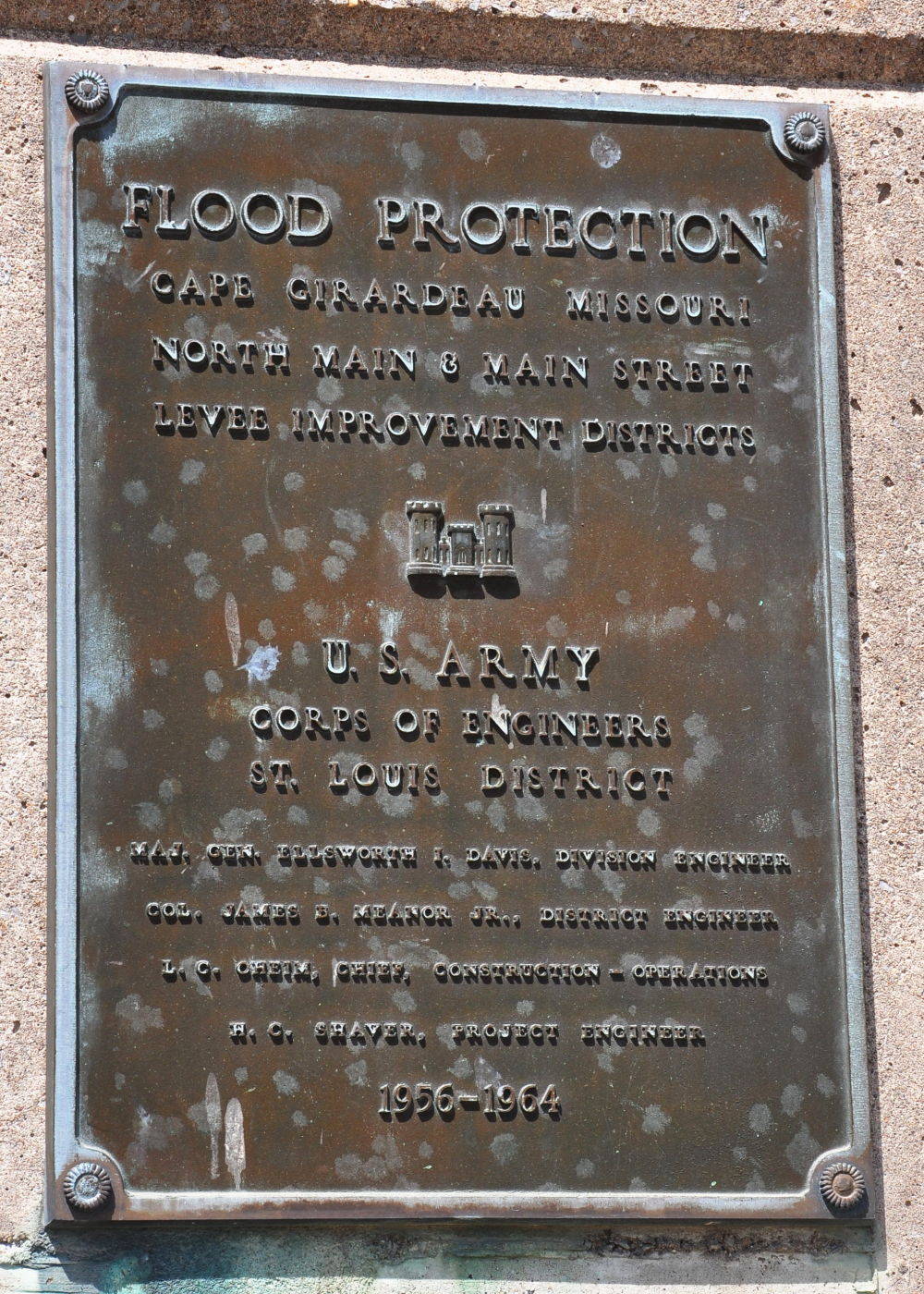 In 1971, the newspaper reported on discussions to extend the floodwall to the south to cover Reaches 3 and 4, but nothing came of this.

Today, with flood control efforts focused on buyouts, it's hard to imagine a scenario in which completing the rest of the original 1954 plan would ever be seriously considered.