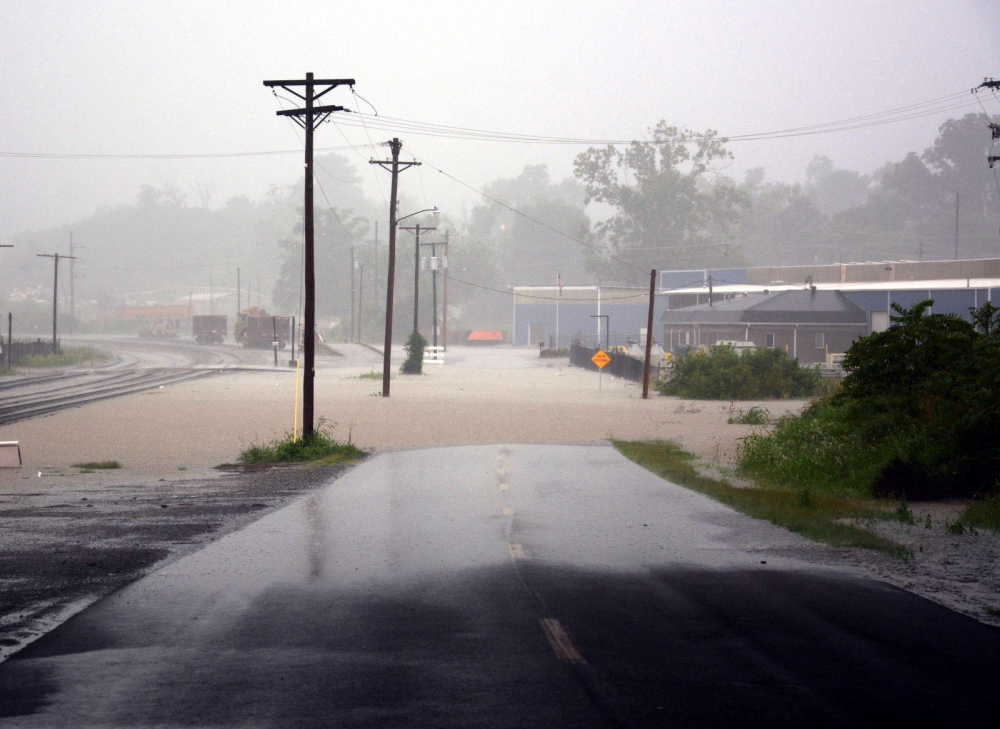 I recently blogged that Themis Street is the only street with that name in the country. Cape Girardeau also has another nationally unique name: Aquamsi Street.

Like Themis, the name Aquamsi has a classical feel. The "aqua" part suggests a connection to water and the Mississippi River. Since Aquamsi Street serves as the southern continuation of Water Street, it's logical to conclude that Aquamsi was an erudite way of referring to the river and the water's edge.

I found a news item in the Cape Girardeau Weekly Argus from Dec. 14, 1865, that provides a different origin for the name. The story praised George C. Thilenius for constructing a grist mill which he called Aquamsi Mill. Here's an excerpt (emphasis added):

As an exponent of the wealth, agriculture and commerce of our fair city and county, and whatever conduces to the general prosperity of Southeast Missouri, it is not only a duty, but a pleasure to herald abroad any one of the great improvemens which so conspicuously mark our day. Among them not one stands more in relief than the Aquamsi Mill. The very name is suggestive of an idea. How very few among us know anything of the history of our own homes -- and those who do know are now fast passing away, with all their rich treasury of early reminiscences, ummarked by legend, story or monument.

Aquamsi was a mighty chief, who once ruled the fair and fertile soil upon which we now live, commanding tribute from land and water. His name would long since have been forgotten, had it not been perpetuated in the family of the Lorimiers -- a name which is indeed the keystone of our history.

Mr. G. C. Thilenius, a young man, ever a leading mind in all enterprise which he believes conduces to the public welfare -- full of energy and indomitable perseverance -- has erected among us on a bijou of a mill, the very thing we so much needed -- what the wants of the community so emphatically demanded -- and what will forever remain a chapter in the history of our manufactories.

The story continues in great detail describing the "neat and beautiful structure" and its machinery. The name "Aquamsi Mill" apparently didn't stick, however, as the new mill at 430 Broadway was later branded as the Cape City Plansifter Mills. As predicted by the newspaper, the mill was highly successful, and its flour won national and international awards in the 1870s. 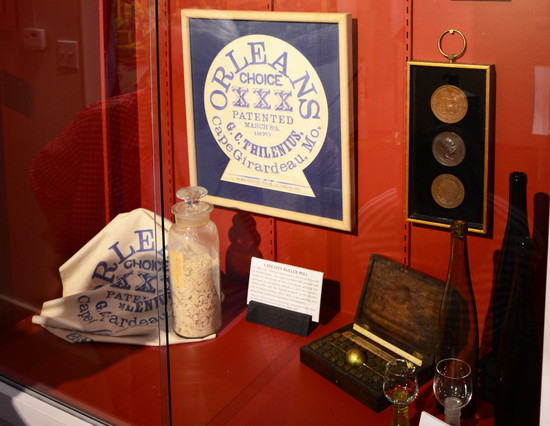 A recent exhibit at the Cape River Heritage Museum included a bottle of original flour from the Thilenius mill along with the medal won at the 1873 World's Fair in Vienna, Austria.

This newspaper clipping is the only source I've found which identifies an Indian chief by the name Aquamsi. So the story might not be trustworthy.

Certainly it glosses over important details: What Indian tribe did Aquamsi lead? What time period did he live? How was he connected to Louis Lorimier?

We may never know for sure.