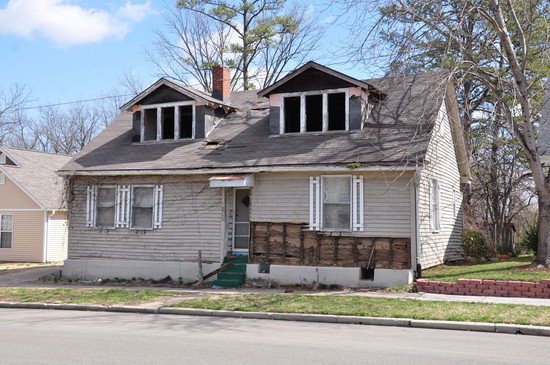 I've written before about the log house that has been hiding at 818 N. Fountain Street. Today, the site was named to Missouri's Most Endangered Historic Places list.

A news release from Missouri Preservation explains the situation:

The current appearance of what was the Franz Schmidt Cabin -- a frame Bungalow design typical of the 1930s -- belies its original form. The settlement of this property occurred prior to 1832, although it is unsure whether a building existed here when Franz Schmidt acquired it in 1860. During some initial rehabilitation work in 2013, the first logs became visible from beneath the exterior clapboard siding, and it was discovered that the southern half of the house was indeed a log "cabin" of modified lap and half-notch construction.

The cabin structure is shown in early lithograph maps of Cape Girardeau and military maps from the Civil War. The cabin is in close proximity to the location of the Union Army's Fort A and was very near to the horse corral, on land now bisected by what is now Cape Girardeau's

Fountain Street. Verbal historical accounts from the Schmidt family indicate that Franz Schmidt was its builder. The original core of the present house represents one of the oldest extant structures in the historic City of Cape Girardeau, as well as being a rare remaining structure in the Fort A District, and a rare example of German Vernacular construction.

The City of Cape Girardeau has condemned the house and considers it "impractical" for renovation. A support group consisting of local preservationists has been working with the house's owner to stabilize the building, and has also done preliminary work toward listing it on the National Register of Historic Places. In addition, these supporters have established a social networking site and have begun the process of establishing a tax-exempt corporation in order to raise funds for its restoration. It is hoped that listing on Missouri's Most Endangered will help persuade the City of Cape Girardeau to give the preservationists more time in which to raise these funds and establish a new use for this historic place. 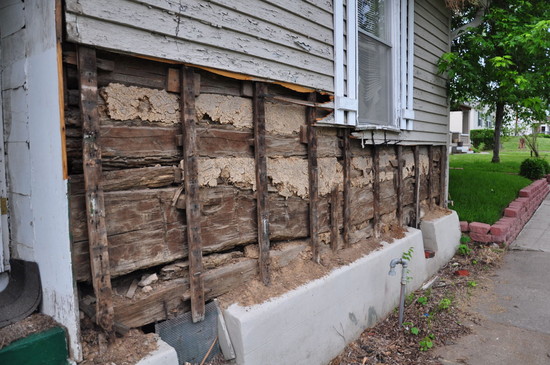 The news release isn't embellishing anything. Renovation work has, indeed, revealed a host of remarkable features.

The interior logs are covered with thick layers of mud and straw. 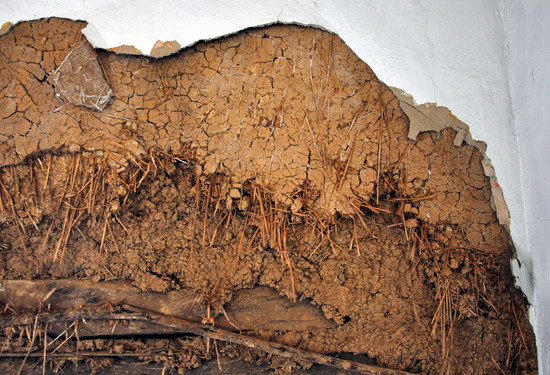 Horsehair was also used in the construction. 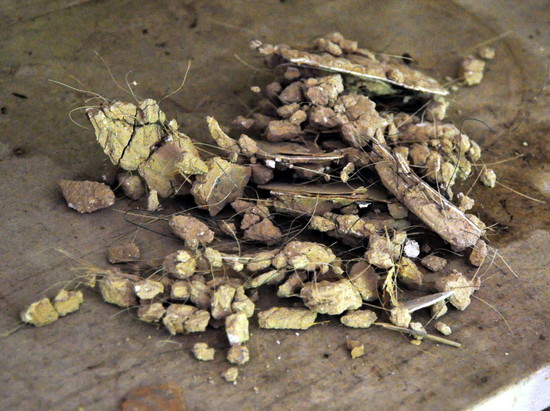 The logs themselves are a curious mixture. Some of the beams are massive and high quality, while the rest are low-quality filler. This isn't some perfect "Lincoln log cabin" where all of the timbers fit exactly. The builder was clearly taking advantage of materials on hand -- no matter the appearance. If this was indeed a Civil War era structure, then the imperfect construction makes sense. As it stands today, the house provides a realistic look at life during that time. 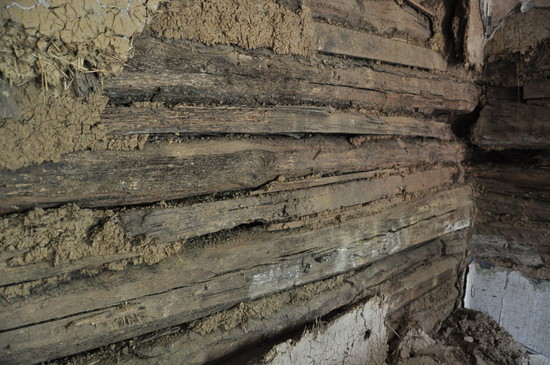 Beyond the log portion, the house has had several additions. The oldest of these was built with another rare architectural style: timber framing filled with brick fragments. This is the "German Vernacular" construction mentioned in the news release. 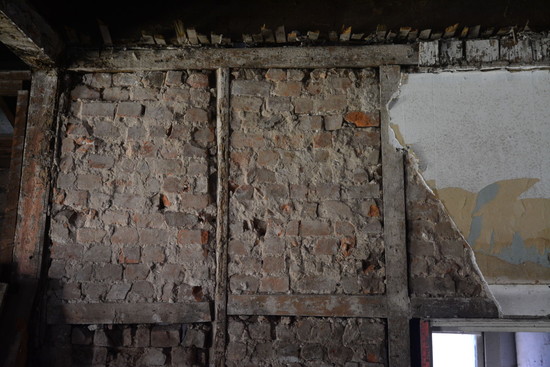 The brick chimney still shows the hand that made it -- literally. Handprints can be readily seen in the brickwork. 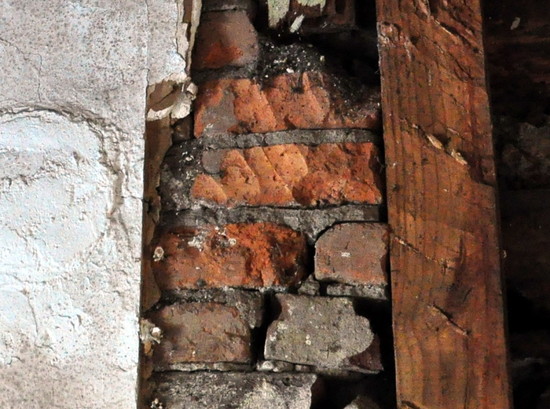 When the floor in one room was removed, old Southeast Missourian newspaper pages from the 1930s were discovered underneath. This particular page was from May 6, 1938. 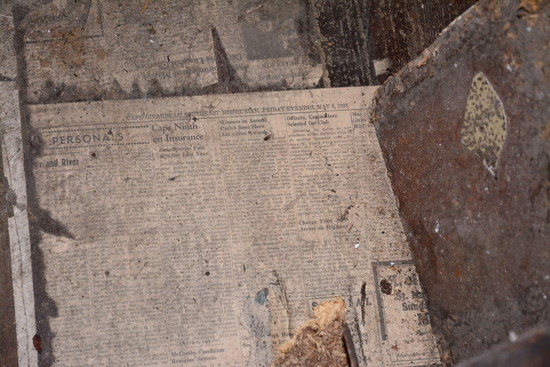 How many log cabins have a full basement? This one does -- and it was built with well-cut sandstone and limestone blocks. 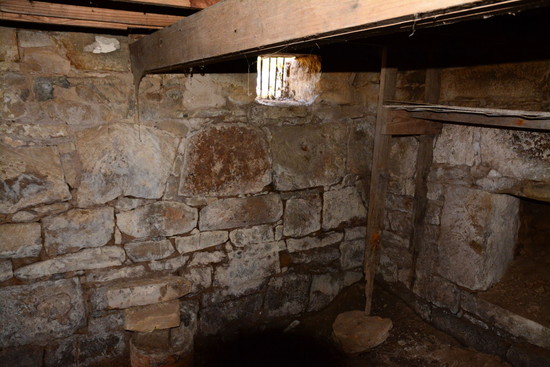 Curiously, the basement includes three "niches" embedded in the walls and bordered by particularly large pieces of stone. Perhaps these recesses were used for cold storage? 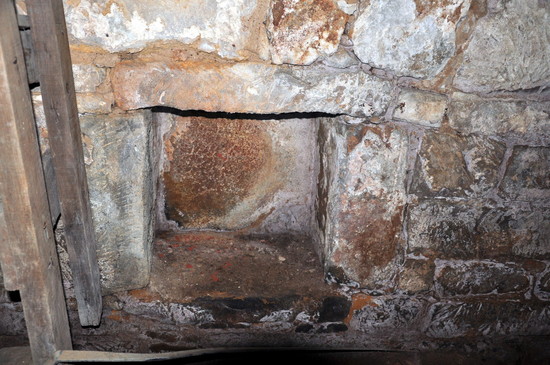 Even more dressed limestone monoliths have been found around the foundation of the home. 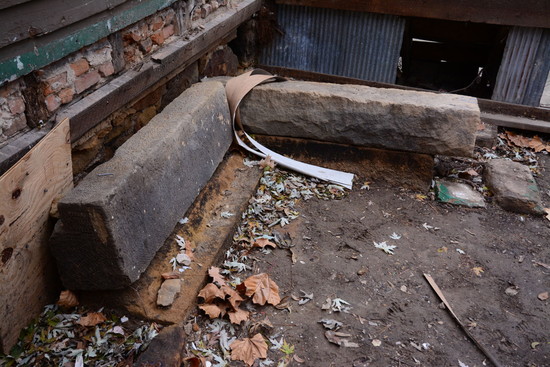 All of these features combine to make this one of the more fascinating historic sites in Cape Girardeau. Efforts are underway to establish a not-for-profit foundation that can oversee work to restore the property and eventually open it to the public.

What might appear as an eyesore has the potential to become an important historic asset for the city.