Southern Illinois is filled with rugged sandstone canyons, each with its own blend of bluffs, waterfalls, rock shelters, glades, and boulders.

Of these canyons, it's hard to top Jackson Hollow northeast of Vienna for the sheer insanity of rock formations crammed into one hollow. 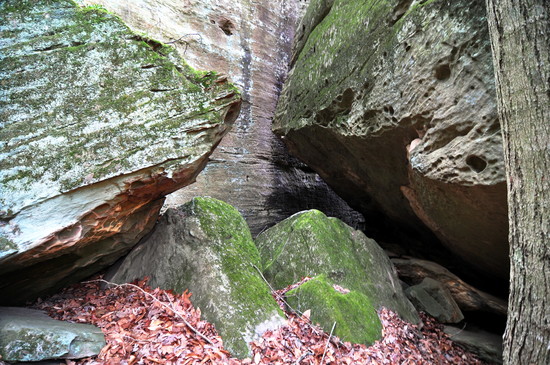 Since the canyon is designated as an Ecological Area within the Shawnee National Forest, it has no marked trails. Nevertheless, from the nearest county road, it's only a short distance downhill to reach the first bluff and rock shelter. 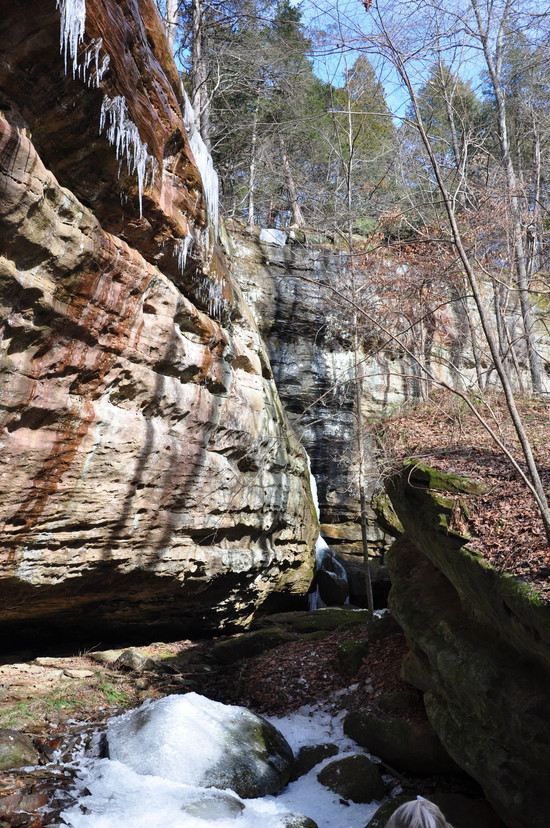 This is only the appetizer, however. Continuing north along the canyon wall, the bluff is obscured by a giant pile of boulders that create a cave-like room with built-in skylights. 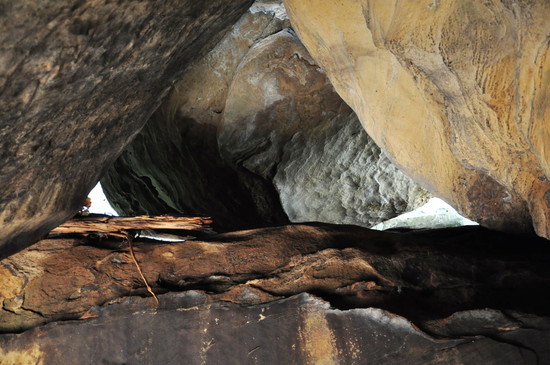 Next up is one of the largest rock shelters in Southern Illinois: Filmy Fern Cave. 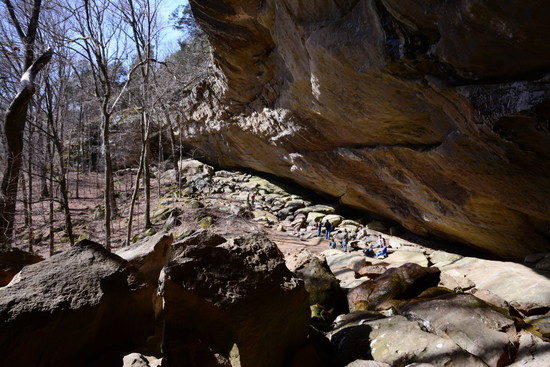 When sunlight arrives at just the right angle, the interior of the cave glows. 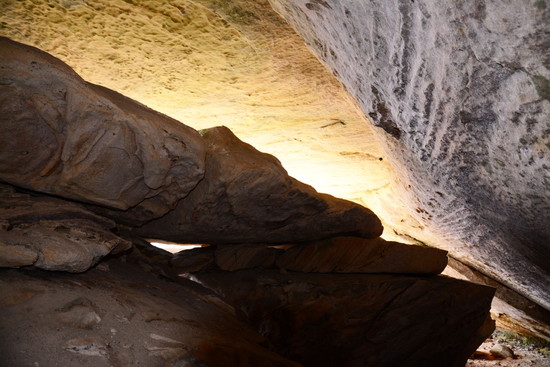 The sun's rays at the back of the shelter -- not too much, not too little -- provide the perfect habitat for the filmy fern, an endangered species of fern found underneath a limited number of bluffs in Illinois. 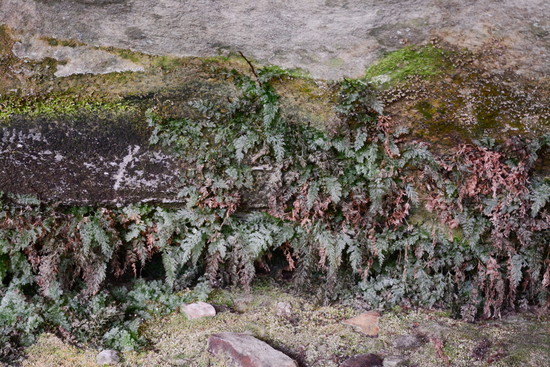 Curving to the east, the canyon walls become more vertical. 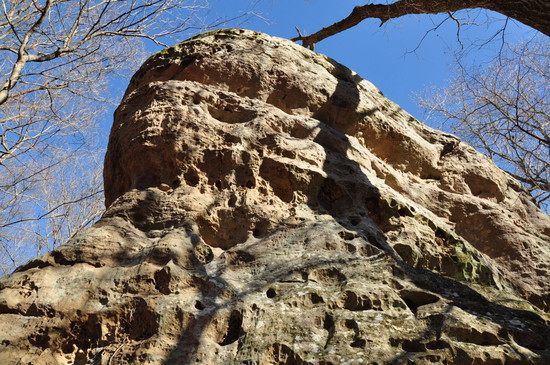 A narrow passageway in the bluff gives the tantalizing impression that it provides access to the top. But nope, it doesn't. 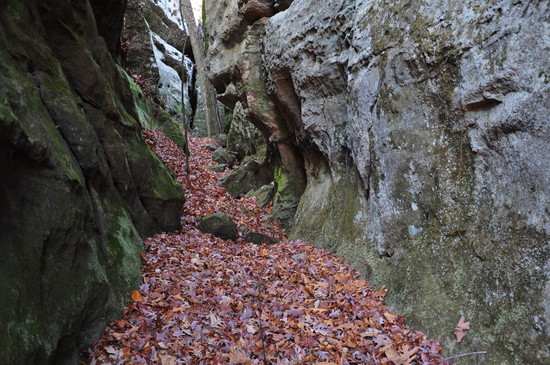 Farther to the east, the bluff becomes more jagged. A bulge at one point creates a small shelter. 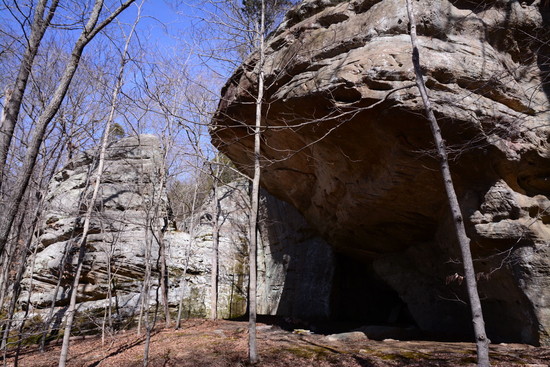 Below the bluff, the valley floor is littered with massive chunks of rock that have split from the main wall and drifted downhill over the eons. One of these monoliths looks like a ship. 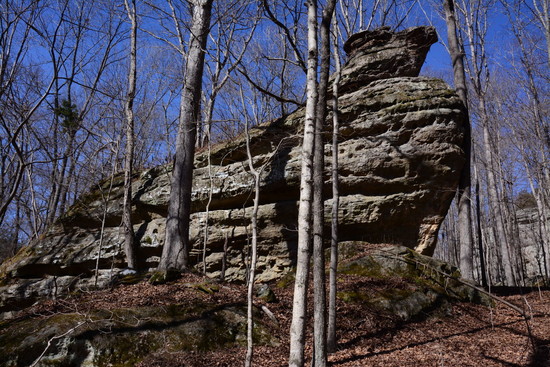 Another, when viewed from the right direction, vaguely resembles a Sphinx. 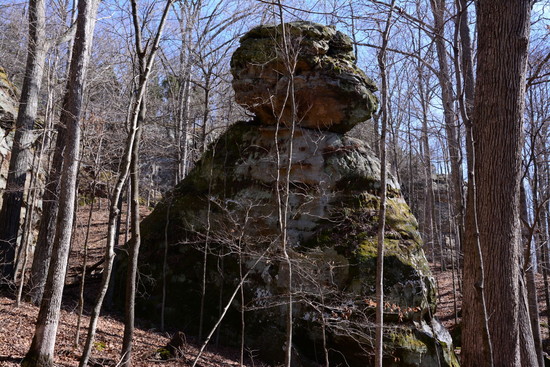 In other places, the rocks have "capsized" and are embedded in the ground at crazy angles. 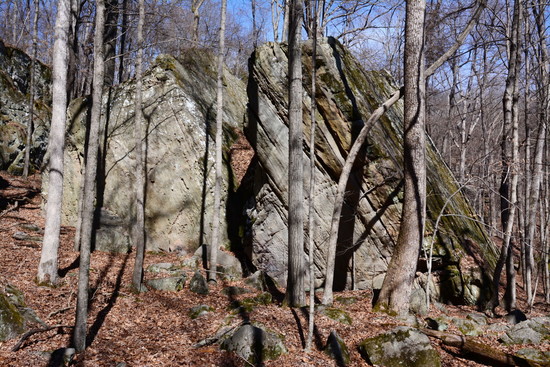 The layers of one rock have been turned at a 90-degree angle and rise straight out of the ground. Trees have taken root within the cracks. 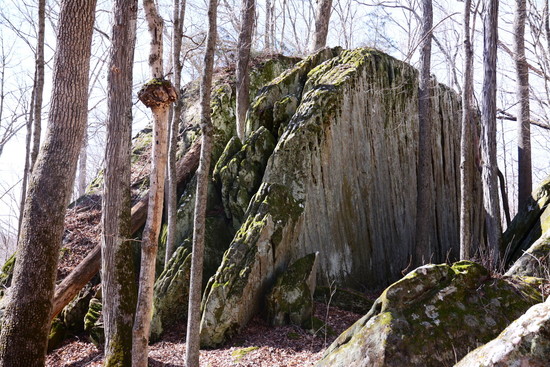 After more twists and turns, the bluff line suddenly ends. Appearing out of nowhere is the embankment for a railroad line. If the water in the creek is low enough, it's possible to walk through a culvert to reach the other side of the tracks. 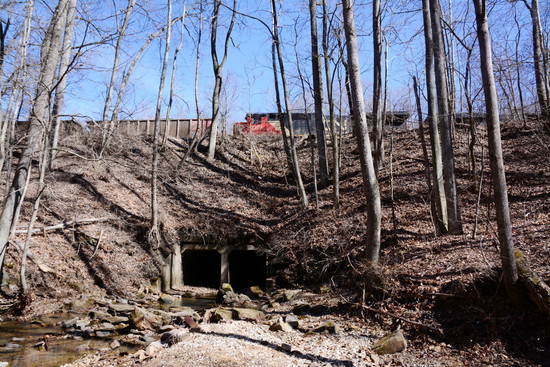 The culvert is the connecting portal to three other sandstone canyons: Lawrence Hollow to the north and east, Jackson Falls Canyon to the southeast, and an unnamed canyon to the southwest that contains a large waterfall.

Meanwhile, I've only described the north side of Jackson Hollow proper. The south half is equally impressive but will have to wait for another blog.

From Cape Girardeau, take Illinois Highway 146 east through McClure, Ware, Anna, and Vienna. Continue past the interchange with I-24 and make a left on Highway 147. After 7.5 miles, turn left on Trigg Tower Road just past the little town of Simpson. Continue on this twisty road (paved at first, then gravel) for 4.5 miles. Look for the Ecological Area sign on the right side of the road near the GPS coordinates 37.510517, -88.709300. Park on the side of the road near the sign where possible, but try to avoid going too far off into the mud.

Walk past the sign and across a glade before descending into the hollow. A faint trail provides the easiest access, although other routes are available as long as you avoid getting too close to the top of a bluff. Once inside the canyon, keep the bluff line to one side and start exploring! Filmy Fern Cave can be found at 37.516092, -88.706839.

Because of the lack of defined trails, late winter and early spring are the best seasons to visit before the undergrowth becomes too difficult to bushwhack through.