The winter wonderland at Cedar Lake

Spring is just around the corner -- we can only hope -- but our harsh winter has delivered some beautiful ice formations. 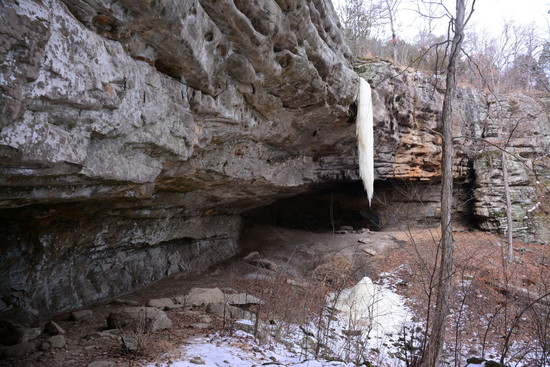 Cove Hollow, located next to Cedar Lake in Southern Illinois, features a giant icicle dangling from the top of a rock shelter. 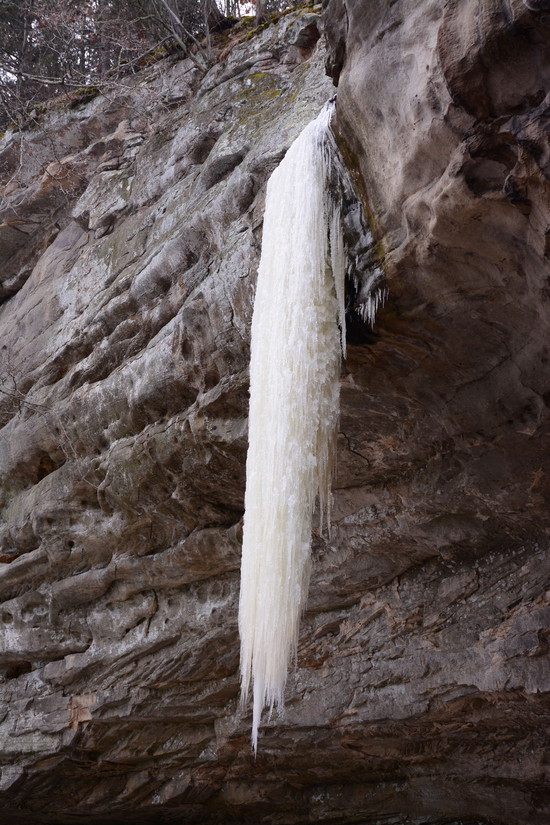 Water dripping from the icicle has accumulated into a massive "beehive" structure on the ground. 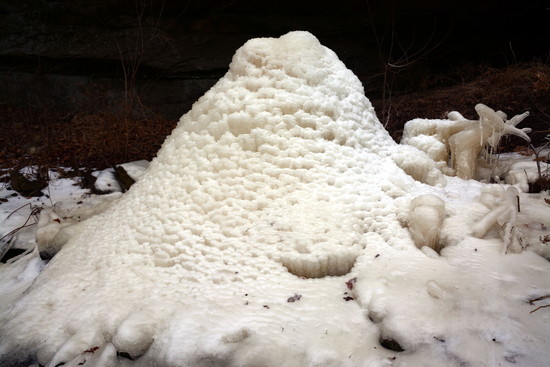 Naturally, the area around the beehive was slicker than snot, so I wasn't able to get close enough to try to measure its size. After making some wild guesses estimates, I figure this blob of ice weighs at least two tons. 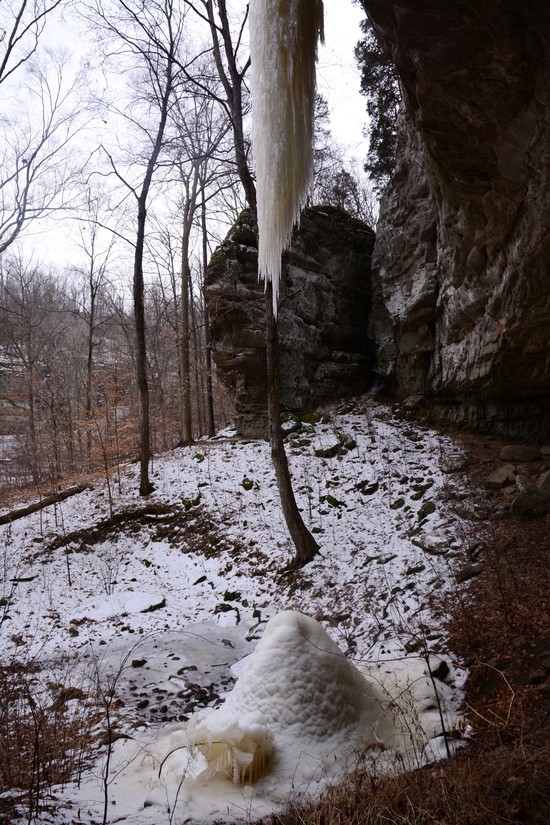 It's hard telling how much the icicle weighs. I wouldn't want to be standing nearby after it starts to thaw. 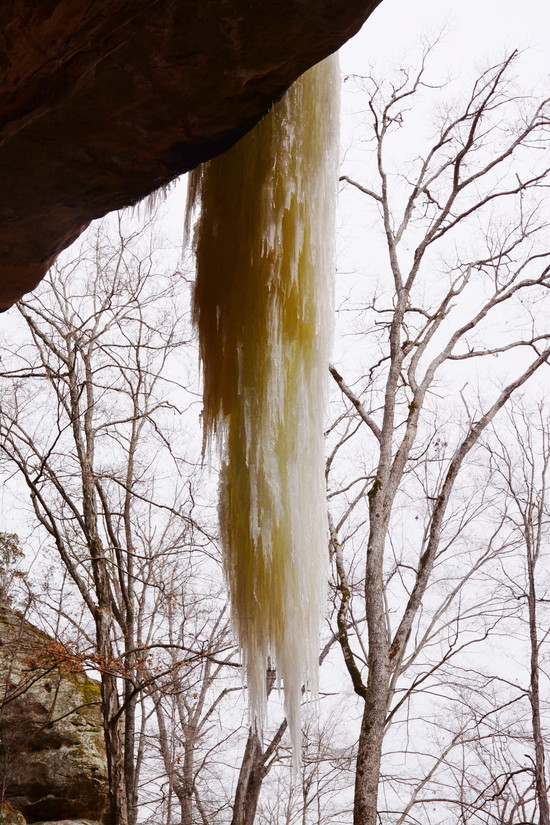 Below the rock shelter, this portion of Cedar Lake was completely frozen when I visited on Feb. 15. 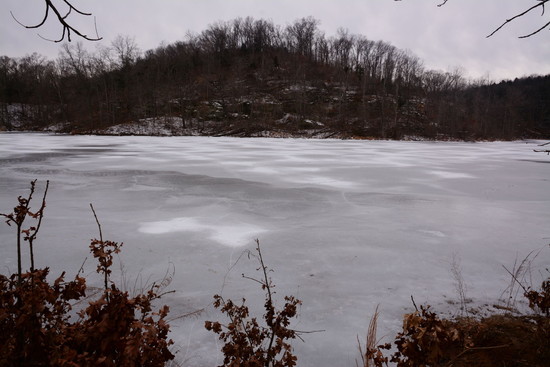 As a testament to the solidity of the ice, a man was ice fishing in the middle of the water. He was walking on the ice as if it was nothing. Meanwhile, after I took a tentative step on the slick ice and nearly fell on my butt, I decided to stick to dry land. 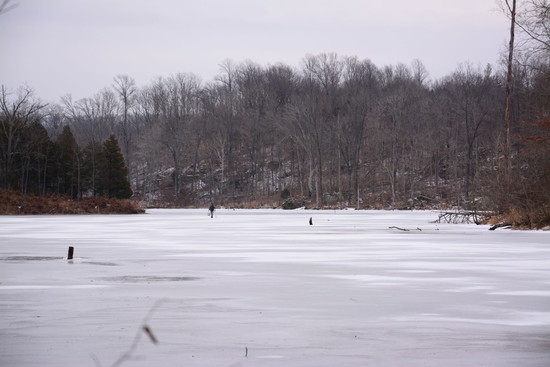 Warmer weather will quickly undo the winter wonderland at Cedar Lake. However, the rock shelter at Cove Hollow, with its secluded and shady location, will retain some ice -- especially the beehive -- for a little while longer.

From Cape Girardeau, cross the Emerson Bridge and follow Highway 146 as it turns left at Highway 3 and then right at Ware. Turn left on Highway 127 and drive 12½ miles to the turnoff for Dutch Ridge Road. Make a sharp right on this paved road, then bear left where the road curves in front of a church. At the intersection with Meadows Ridge Road, bear left to continue on Dutch Ridge Road. Then turn right on Cove Hollow Road and follow this narrow paved lane for 1 mile to the parking lot at the end.

The short trail to the rock shelter, which leads to the right, is part of the Shawnee National Forest.