"The Shepherd Mountain ore is perhaps the best iron-ore in Missouri."
-- Iron Ores of Missouri and Michigan, 1876

With names like Iron County, Ironton, Iron Mountain, and Irondale, it's clear that iron mining played a key part in local history. Shepherd Mountain, a large peak rising above the town of Ironton, was one of the first places to be worked by iron miners.

In 1815 or 1816 (sources vary), the first iron furnace was built in Missouri. Located on Stouts Creek just above modern-day Lake Killarney, the furnace used iron ore obtained from Shepherd Mountain and elsewhere.

This furnace was short-lived, but it was a precursor to the coming mining boom. The mining industry prompted the creation of Iron County in 1857 and the construction of the St. Louis & Iron Mountain Railroad in 1858.

Shepherd Mountain produced high quality iron ore, but most of the deposits were only found at the surface. The miners soon focused their attention on two other peaks, Iron Mountain and Pilot Knob, which promised a larger bonanza of iron ore -- although these deposits weren't as abundant as first thought.

Evidence of the mining, including large trenches, can still be seen near the summit of Shepherd Mountain. 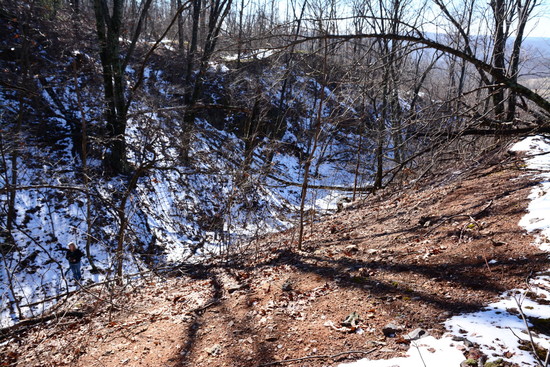 The city of Ironton, which owns 840 acres of the mountain, opened a hiking trail during the Summer of 2013.

It's not an easy trek. Starting at the parking lot, hikers are immediately confronted with a choice: Take the steep trail, or take the less steep route. 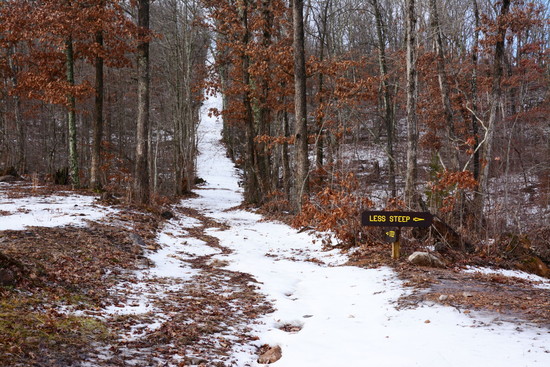 The "steep" trail goes straight up, rapidly gaining 400 feet in elevation. The "less steep" route also climbs the same distance, but not so quickly. 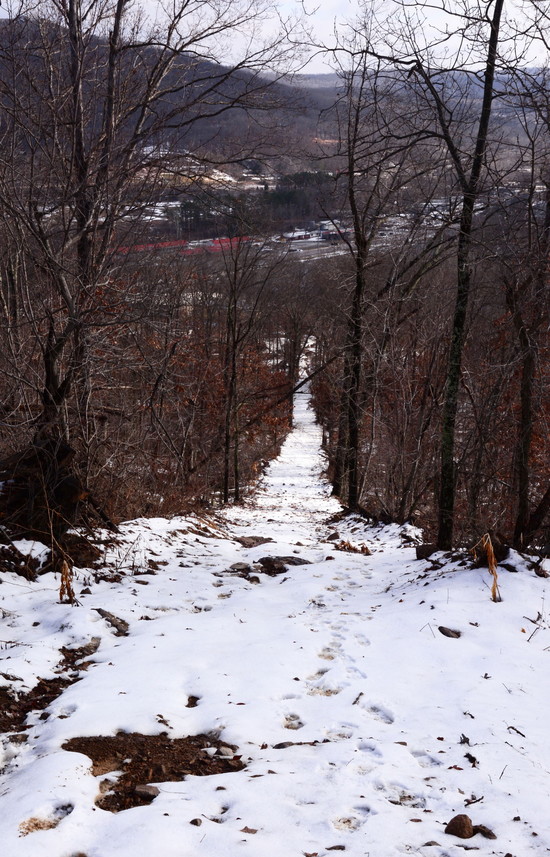 The reward at the top is a bird's eye view of the town of Pilot Knob... 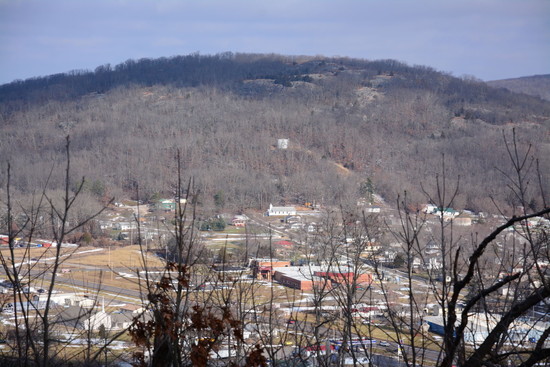 ...as well as the mountain of Pilot Knob. 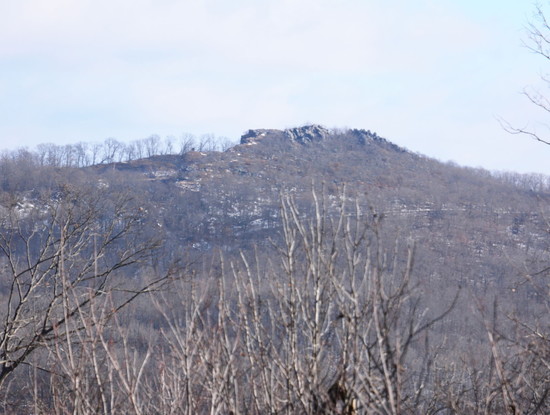 However, this isn't the summit. That involves another 300 feet elevation gain to reach the high point of 1,608 feet. 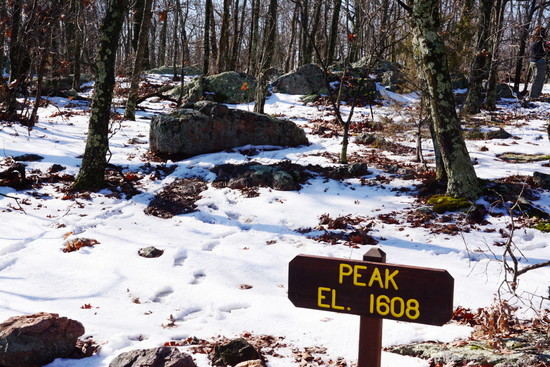 The trail passes two obvious mining trenches. A third "diggings" spot can be found off-trail, southwest of the peak. 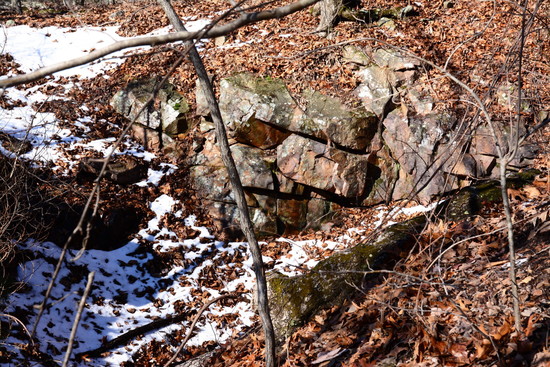 After leaving the summit, the loop trail meets a large glade on the southeast side of the mountain. 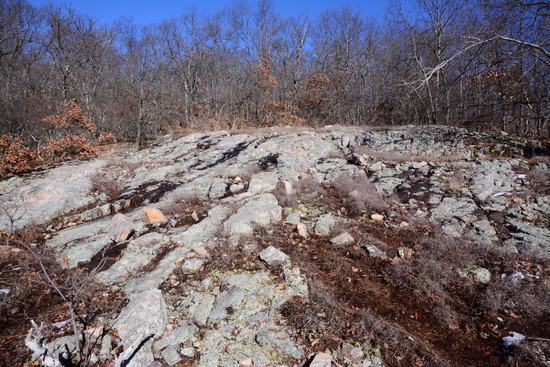 This clearing was one of the locations where Confederate soldiers fired cannon during their ill-fated assault on Fort Davidson in 1864. The 150th anniversary of this event, the Battle of Pilot Knob, will be re-enacted in September. 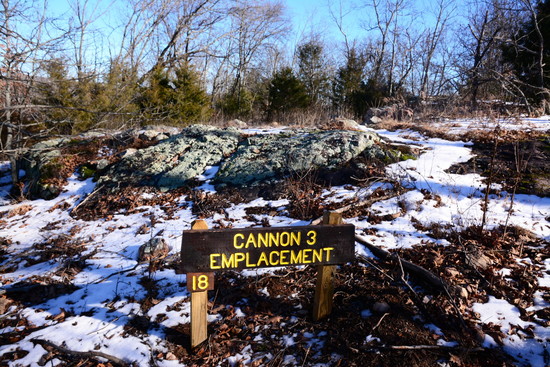 Although trees obscure the view now, the cannon emplacement had a commanding view of the fort and Pilot Knob. 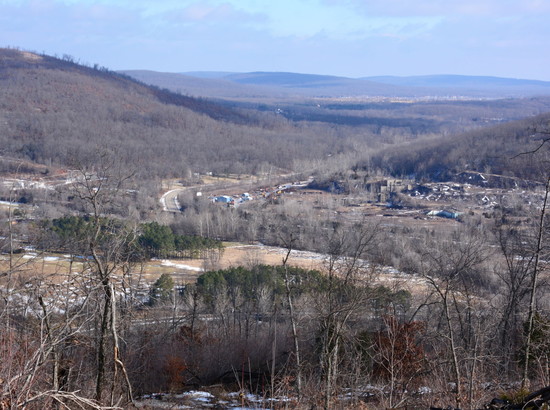 The town of Arcadia can also be seen from the glade, including the large Baptist Home building, completed 1923. 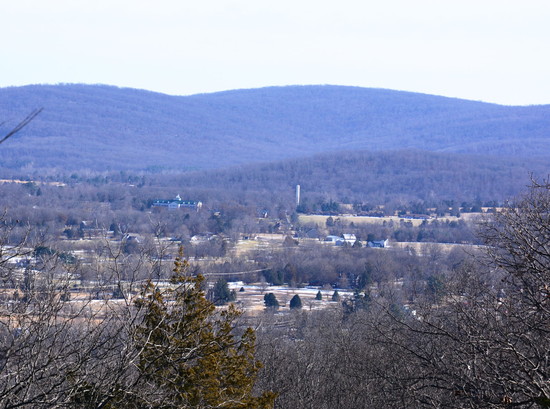 On the way back to the parking lot, the trail encounters another short-lived venture: a ski run. The remains of the ski lift are still visible, although the structures appear quite primitive. 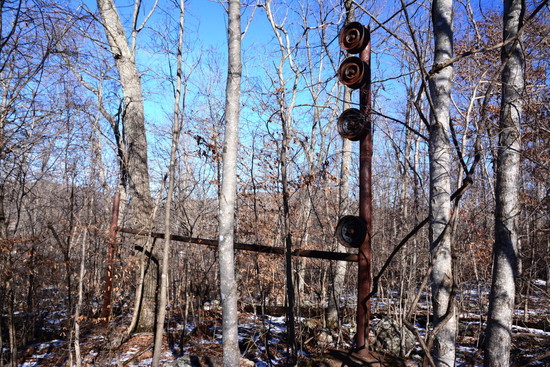 With its Civil War history, the remains of two industries (mining and skiing), and its natural beauty, Shepherd Mountain is quite a gem. Capitalizing on the 150th battle anniversary, Ironton has the opportunity to develop this new trail into a tourist attraction.

From Cape Girardeau, take Highway 72 through Patton and Fredericktown to Arcadia. After crossing the viaduct into Arcadia, turn right and then turn left (north) on Highway 21. Just before reaching the town of Pilot Knob, look for the big sign for the Shepherd Mountain Hiking Trail. Turn left into the driveway for a pharmacy (formerly a Sonic restaurant) and then bear right on a gravel drive. This lane leads to the parking lot and trailhead.

The loop trail is 3.5 miles long. While not as strenuous as other nearby trails I've previously described at Buford or Black mountains, this one is certainly challenging.