The waterfall at Giant City

As I've previously described, Giant City State Park in Illinois has a variety of peculiar rock formations. The park, however, is missing something that other state parks, such as Ferne Clyffe, have in abundance: waterfalls.

After some careful studying of the maps, and a couple of attempts, I was able to track down the location and discover that Giant City does, indeed, have a waterfall. 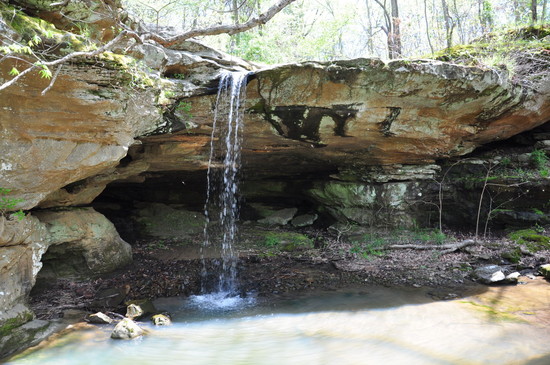 The stream, a branch of Drury Creek, tumbles about 10 feet over a ledge. 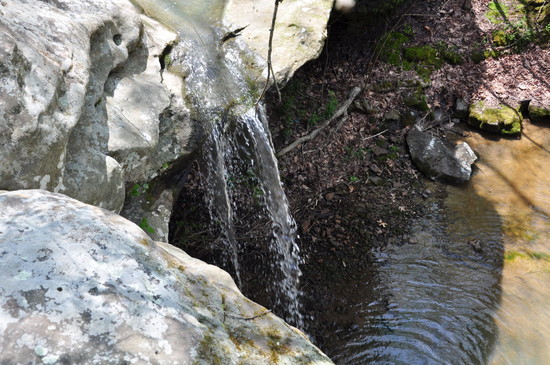 While not as tall as the waterfalls at Ferne Clyffe or elsewhere in Southern Illinois, this is still a scenic location. 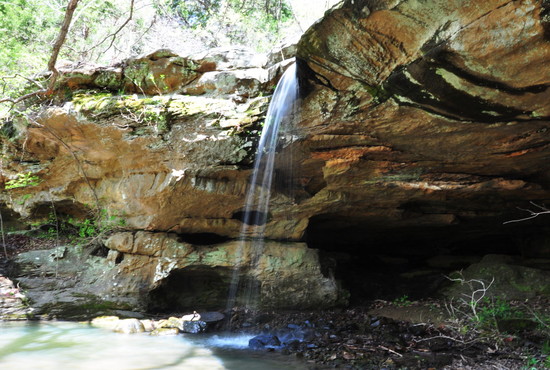 When view from below, the smooth falling water gives the appearance of large icicles. 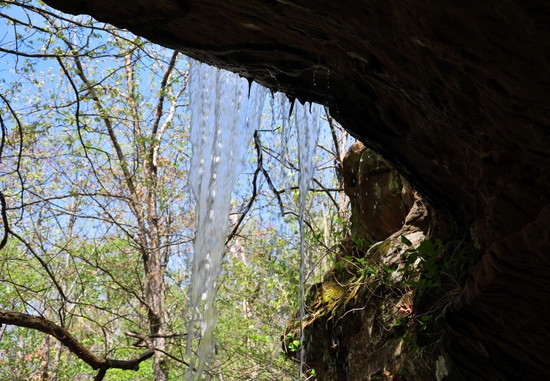 Behind the falls is a small rock shelter. 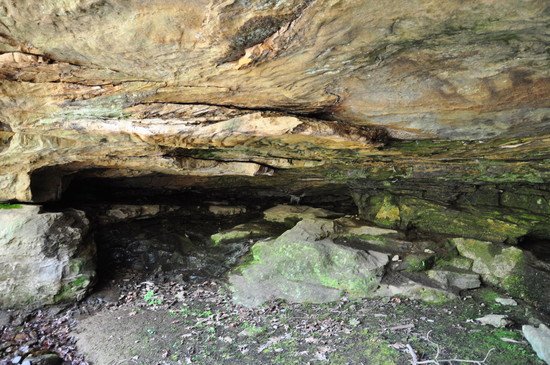 As is often the case with the sandstone rocks in this part of the country, the surface is eroded with strange textures. 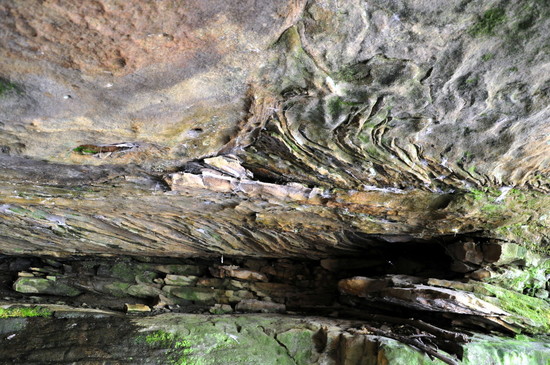 Below the falls, the creek runs for a considerable distance on solid bedrock. 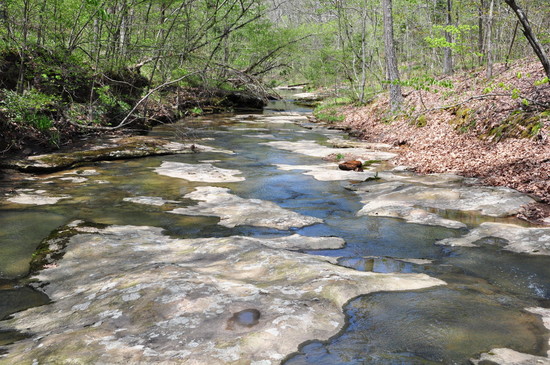 When I visited following wet weather, the water was cascading haphazardly across the surface, forming complicated patterns. Of course, it's important to pay attention to which spots are dry or not, since the wet areas are slicker than banana peels. 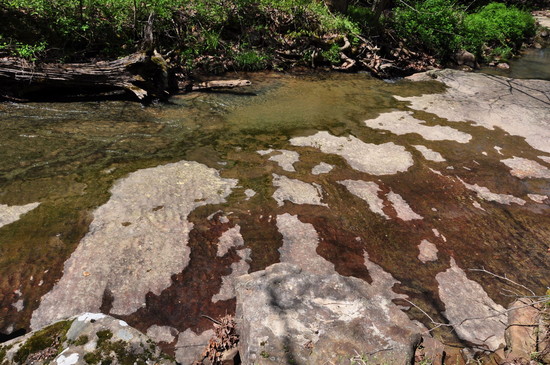 As the creek continues its journey downstream, it cascades across shallow ledges. I suppose these could also be considered waterfalls, but only to creatures the size of an ant. 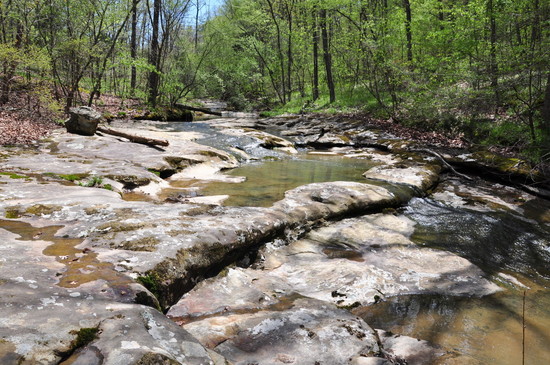 The Red Cedar Trail runs parallel to the creek, but it's much more fun to walk along the creek floor (where possible). The combination of the waterfall and the creek make this place a worthwhile addition to the other trails of Giant City.

From Cape Girardeau, take Highway 146 east through McClure, Ware, Jonesboro and Anna. At the intersection with US 51, turn left (north). Follow the highway north 5.5 miles and then turn right on Water Valley Road. Continue on this road for 2.3 miles and then bear left at the intersection with Giant City State Park Road. Continue on this paved road for 1.9 miles through a series of orchards (keep your eyes peeled for a great view of Bald Knob Cross on the left). At the spot where the orchards end, look for a cluster of mailboxes and a small, unmarked lane that leads to the right. This lane leads immediately to a parking area on the left with a sign that says "DAY USE ONLY." Park here.

Walk along the lane back to the blacktop road, then turn right (north) and walk a short distance along the road. Look for markers on the left that indicate the trail. The path leads up to an open field above the road. Follow the yellow markers that run along the edge of the field to the left. The trail follows a circuitous path around the field. Eventually, the trail enters the woods on the west side of the field (look for another yellow marker). Follow the trail downhill for about a quarter mile. Where the trail makes a sudden zigzag to the right, listen for the waterfall and walk down to the creek to find it. According to my GPS, the falls is located at the coordinates 37.58352, -89.18779.