The surprise at 818 North Fountain 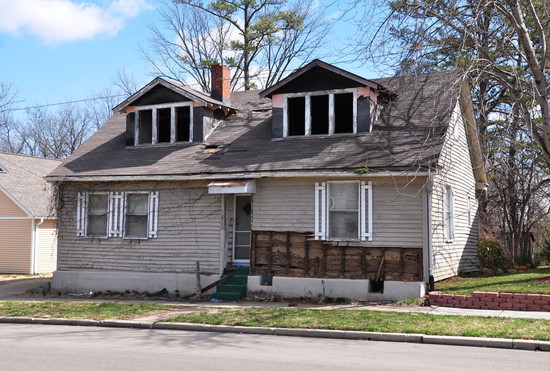 However, a portion of the siding has been removed, exposing an unexpected treasure: a log house. 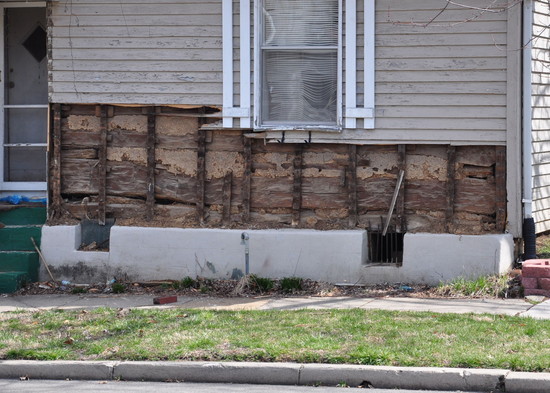 Clearly this home is much older than it looks. The north side of the house offers another clue to its age: a foundation of rough sandstone. 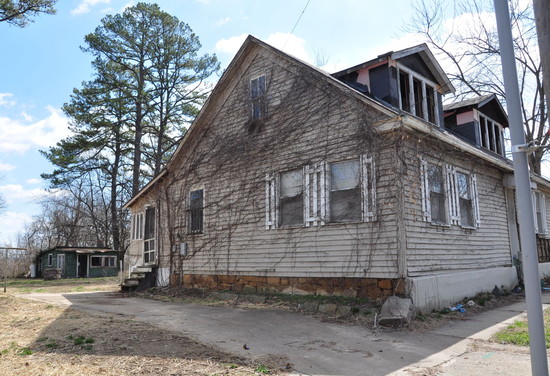 The back yard appears to have a well capped with red granite blocks. 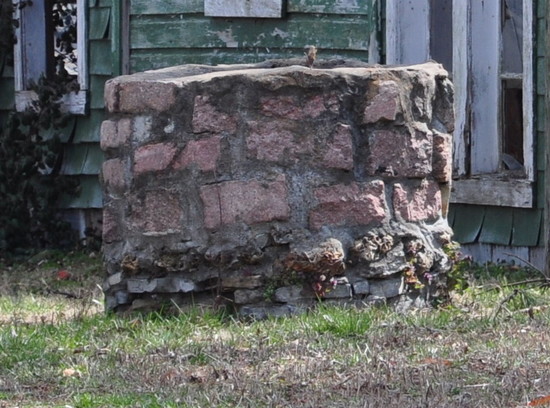 The log structure strongly suggests this home was built before the Civil War. Indeed, a military map from 1865 apparently shows a building in this location. Prepared by an engineer in the U.S. Army, the "Military Map of Cape Girardeau" provides a detailed view of the town showing every building, road, hill, and creek. 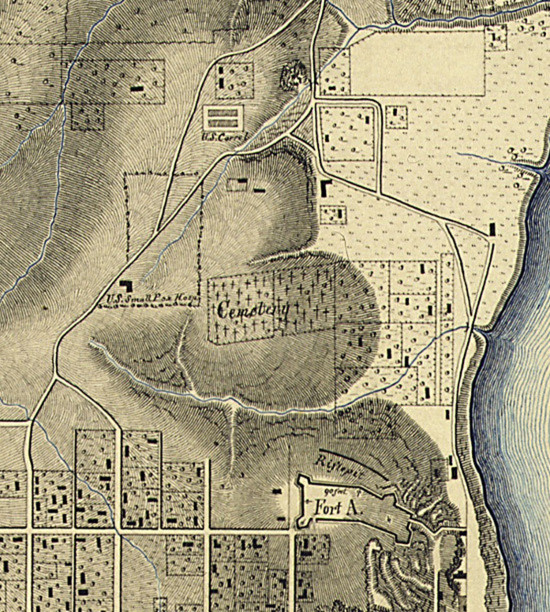 The map shows a building marked "U.S. Small Pox Hosp." That's now known as the Sherwood-Minton House, built 1846. Next to that is Old Lorimier Cemetery, and to the north is a curious feature marked "U.S. Corral." Adjacent to the corral is a fenced property with two buildings. This appears to be the location of the log house. Luckily the map was drawn to scale, so it's possible to estimate the distances to known reference points (the Sherwood-Minton House, Old Lorimier Cemetery, and Sloan Creek). Everything fits nicely.

After spending some quality time using Google, I was able to find a handful of newspaper clippings from the 20th Century revealing the names of people living at this address:

More research will be needed to determine the owners during the 19th Century and to answer other important questions. When was the house built? Did it always have siding? Why was it built so far out of town at the time? Did it serve a military purpose during the Civil War?

Many of the antebellum homes and structures in Cape Girardeau have been razed over the years, a process that reached a climax with last week's destruction of the handball court. That make this log house all the more intriguing. Judging by the holes in the roof and the missing upstairs windows, however, this property has an uncertain future.