Phrase of the day: "Rock pinnacles"

In a previous blog, I explained how the Mississippi River at Thebes, Illinois, was a particularly dangerous spot for river pilots, with Mark Twain describing it as the "the very worst place in the whole Mississippi River from Lake Itasca to the ocean." 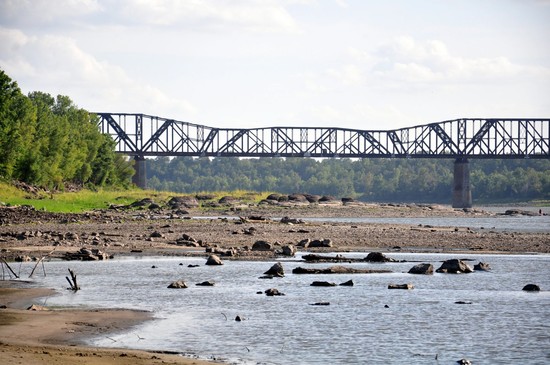 During the 1988-89 drought, when low water levels threatened river traffic, the Army Corps of Engineers removed rock formations -- jokingly called "15-ton pebbles" -- from the bottom of the river at Thebes and Grand Tower.

Now we seem to be in the same boat, so to speak. As it turns out, not all of the rock formations were removed during the 1980s. Thanks to our ongoing drought, river traffic is now jeopardized again by rock "pinnacles" lying in wait below the surface.

These aren't just a few isolated trouble spots. Maps available from the Corps of Engineers website reveal huge clusters of pinnacles choking the main river channel along a six mile stretch at Thebes.

Take, for example, the Thebes Railroad Bridge. Historically, the piers of this bridge have been a problem for river pilots as they try to squeeze their vessels between them. 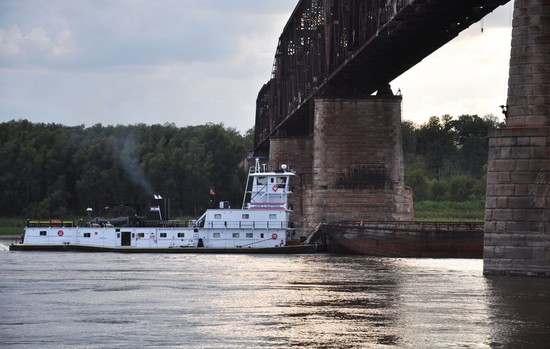 This is also, according to the maps, one of many fertile areas for submerged pinnacles. 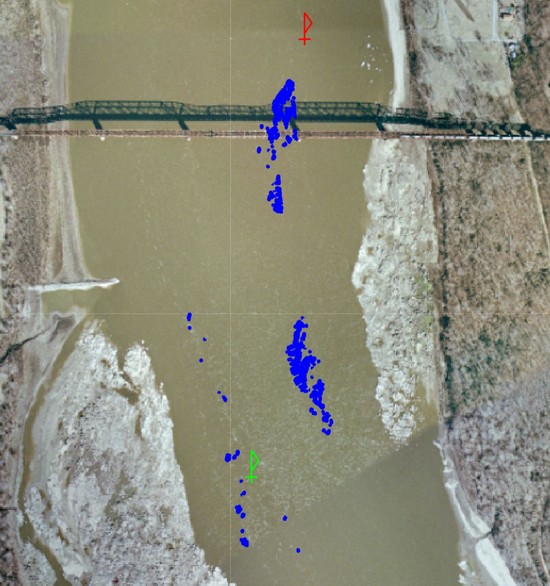 The blue dots on the map show rocks that would be hazardous to barge traffic if the river drops to a stage of 0.0 feet on the Thebes gage. At these locations, the river will be less than 9 feet deep, the minimum depth required for barges.

Quite a few rock clusters are also lurking north of Thebes, shown on the following map. As a point of reference, the circle drive at the lower-right corner is the roadside park and observation deck off Highway 3. 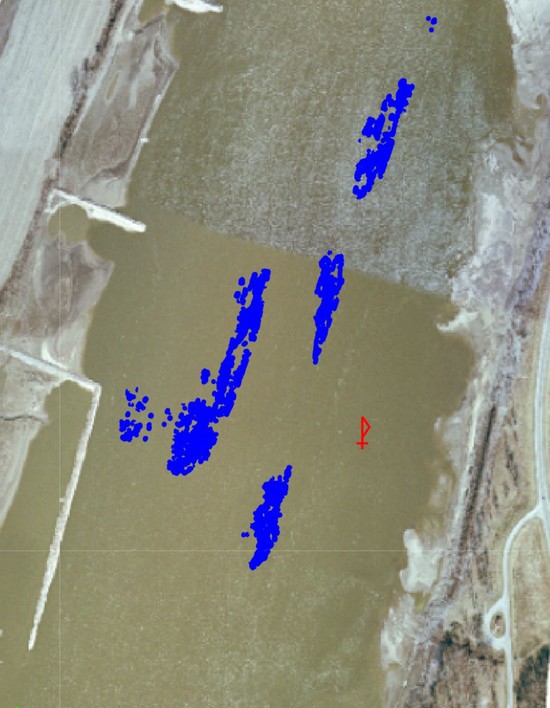 When viewed from the park, the river seems nice and wide -- for now. 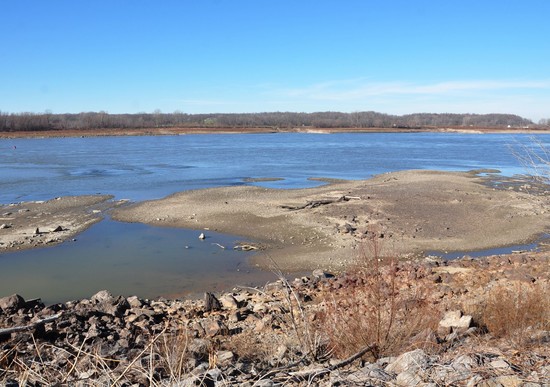 As I write this, the river has been holding at just under 5 feet on the Thebes gage, but it is forecast to drop to 2.9 by December 22. Unless the weather patterns make a dramatic shift, the river should keep dropping into the new year. When that happens, the view from the observation deck will feature substantially more exposed land.

Judging by the maps, it appears that the highest priority area is at river mile 41, south of Thebes, about half-way to Commerce. Here the entire main channel will be less than 9 feet deep if the river drops to a gage reading of 0. The map below shows the projected depth of the river if that happens. 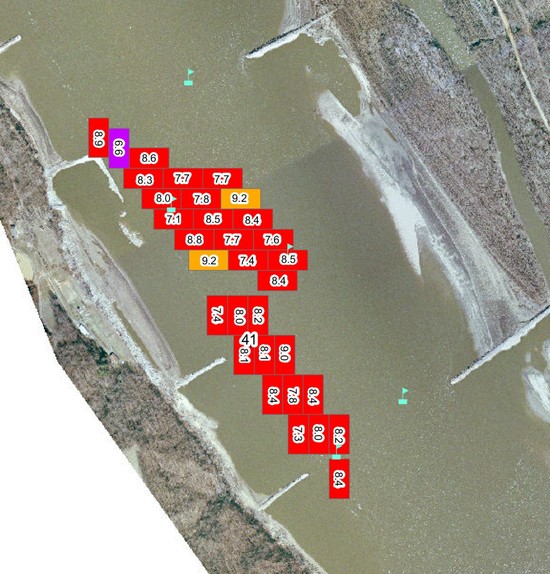 The map is certainly not pretty for barge operators, but hopefully the situation won't reach that point. After claiming that they couldn't possibly do anything until February, the Corps of Engineers has somehow found a way to hire a pair of contractors to blast the rock pinnacles. The work could begin as early as next week, although the exact time frame has not been revealed.

If nothing else, this project should make for an interesting show. Thebes offers two excellent vantage points -- the Highway 3 roadside park and the city boat ramp -- to watch the action along Mark Twain's "very worst place in the whole Mississippi River."