What do Cave-in-Rock and Chicago have in common?

Illinois is famous for corruption. Since 1976, a total of 1,828 people have been convicted of public corruption in Illinois. That includes four of the last seven governors. A recent report from the University of Illinois at Chicago found that "Chicago is the most corrupt area in the United States, and the State of Illinois is the third most corrupt state."

This isn't just a modern problem, however. Illinois has seen organized crime and corruption since the earliest days of the territory, long before Chicago was even founded. The epicenter of criminal activity during the 1700s and 1800s was at a different place starting with the letter "C": Cave-in-Rock. 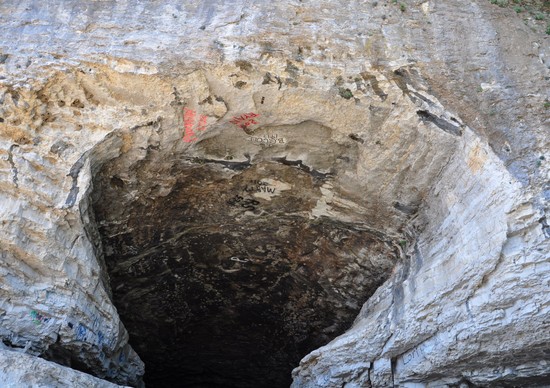 It's a peaceful state park now, but the cavern at Cave-in-Rock was a choice piece of real estate coveted by thieves, pirates, and murderers. Featuring a built-in skylight and ventilation system, the cave offered a commanding view of the Ohio River. This strategic location allowed pirates to take "command" of unsuspecting travelers on the river.

A fascinating report from Eastern Kentucky University, entitled The Antecedents of Organized Criminality in Kentucky, discusses how the pirates at Cave-in-Rock were pioneers in the field of organized crime. One of these, Samuel Mason, set up shop at the cave in 1797, using it as a headquarters to prey on victims in both Illinois and Kentucky. His gang used a variety of tricks to capture passing boats. Lucky travelers were merely robbed, the unlucky ones were murdered. 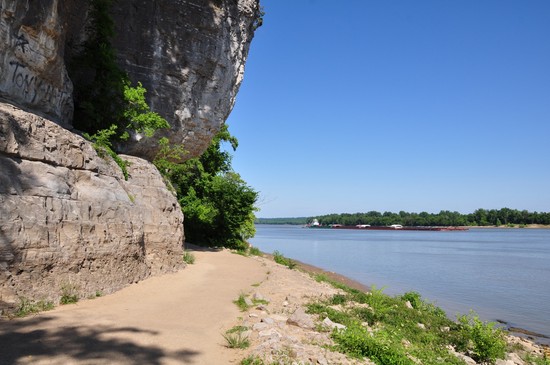 The Ohio River wasn't nearly this peaceful in the 1700s.

As a justice of the peace and associate judge, Mason was able to avoid prosecution. He also took advantage of his position to obtain "salvage" rights to the boats that were "abandoned." The law didn't care why the boats were abandoned. According to the EKU report, "This is an early and crude form of money laundering, a device now integral to operation of organized crime syndicates."

Mason was ruthless, but even he was not as barbarous as the Harpes Brothers. Described as "America's first serial killers," these two men liked to kill for fun. They joined the pirates at Cave-in-Rock for a time, but after pushing an innocent person tied to a horse off the cliff above the cave, the Harpes were expelled. 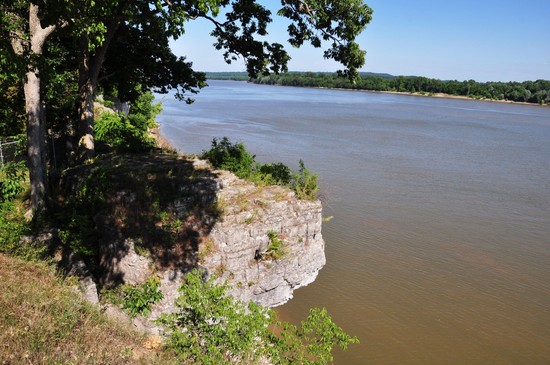 The view from the top of the deadly cliff

With a growing number of immigrants and traders coming down the Ohio River, Mason and his gang had easy pickings. But they were a little too successful: fed up with the situation, a posse of vigilantes, known as "The Exterminators," raided Cave-in-Rock in 1799 and forced Mason and his partners in crime to scatter elsewhere. Mason settled in Missouri, then under Spanish control, near modern-day Caruthersville. After being arrested by Spanish authorities, he tried to claim he was merely an innocent farmer, but the $7,000 in cash and 20 human scalps in his possession told a different story. He was handed over to American authorities, but managed to escape.

Meanwhile, the Harpes were on the run as well. Micajah "Big" Harpe was captured by vigilantes in Kentucky and killed. As a warning to other outlaws, his skull was put on display at a crossroads near Dixon, Kentucky. This spot became known as Harpeshead. The other Harpe, "Little" Wiley, was able to escape, and apparently rejoined the Mason gang under an alias.

The governor of Mississippi had placed a large reward for Mason, dead or alive, after his gang had been terrorizing travelers on the Natchez Trace. Wiley hatched a plan to collect on this reward. The exact details of Mason's death are unclear, but it seems clear that Wiley arrived in Mississippi with Mason's head, one way or another, ready for the reward. Despite his alias, Wiley Harpe was recognized as a notorious murderer. He was hanged in 1804 and sources claim his head was put on display at Greenville, Mississippi. 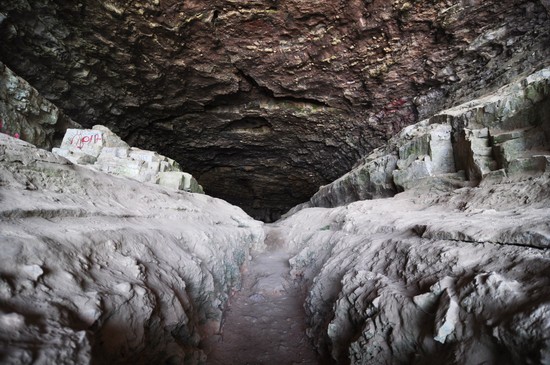 The entrance to the den of thieves

Even with Mason and the Harpes out of the picture, river piracy at Cave-in-Rock continued. James Ford, dubbed "Satan's Ferryman," operated a ferry across the Ohio River near Cave-in-Rock, the perfect setup for robbing and pillaging. Following a similar recipe as Mason, Ford held positions of power as an upstanding pillar of the community (including county sheriff), while also secretly overseeing a lucrative and deadly organized crime outfit as an early type of mafia don. He was assassinated in 1833.

Hardin County remained a popular spot for outlaws until well after the Civil War, but river piracy at Cave-in-Rock seems to have faded following Ford's demise. The cave was made into a state park in 1929.

Visiting today, it's hard to imagine Cave-in-Rock's bloody history. The only signs of criminality are the marks left by graffiti vandals on the cave's walls and ceiling. 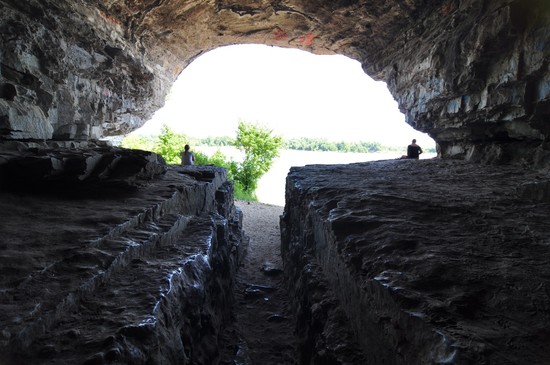 A well-worn path leads into the cave's gaping portal, providing access to a back room lit by a natural opening in the rock above. 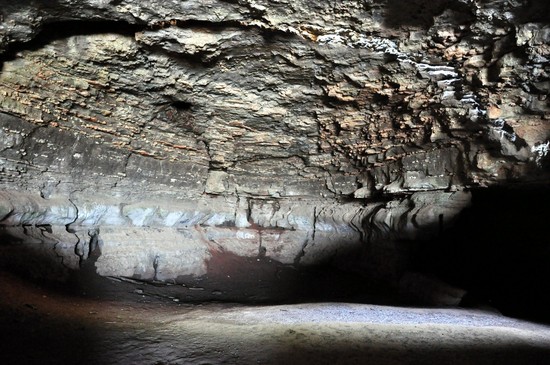 It's hard telling how many dollars worth of pillaged valuables were stored under this "skylight." 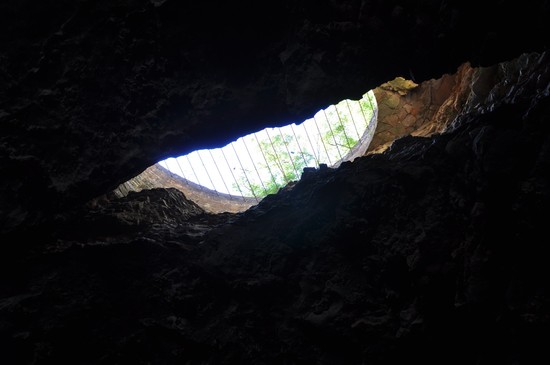 Cave-in-Rock is now a scenic destination, but also a sobering reminder of mankind's tendency toward violence and corruption. The one consolation, I suppose, is that modern-day Illinois organized crime is focused on bribes and fraud instead of mass murder.

From Cape Girardeau, drive east along the entire length of Illinois Highway 146 through Ware, Anna, Vienna, Golconda, and Elizabethtown. At the T-junction with Highway 1, turn right and drive into the town of Cave-in-Rock. Before reaching the ferry landing, turn left and follow the signs for the state park.