What's left of the oldest concrete highway in Missouri

Ninety years ago, in 1921, the statewide speed limit in Missouri was only 25 mph. Motorists at the time didn't have many opportunities to speed, however, thanks to the terrible roads that were often a muddy quagmire.

That started to change with the introduction of concrete highways. As I explained in a previous blog, one of the very first concrete highways in Missouri was built between Charleston in Bird's Point in Mississippi County. This ancient roadway still carries traffic 90 years later, making it the oldest remaining concrete highway in the state.

It has seen better days, however.

County Road 320, an original stretch of the highway west of Wyatt, has been obliterated by the relentless truck traffic from the flood recovery effort. 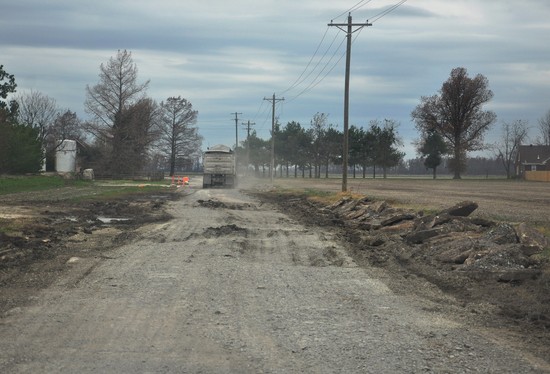 Chunks of the vintage pavement have been cast aside as the road has fallen apart and turned back into a muddy quagmire. 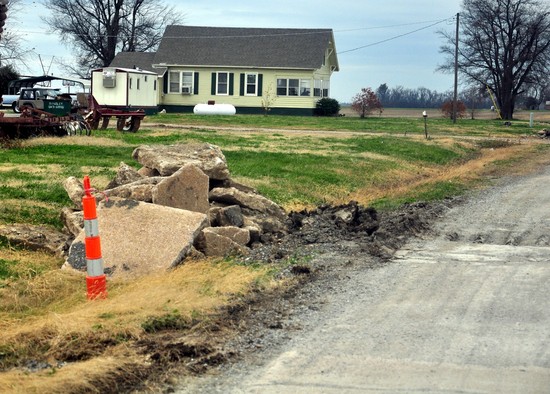 A steady stream of dump trucks have been hauling material to repair the levees and ditches near Wyatt. 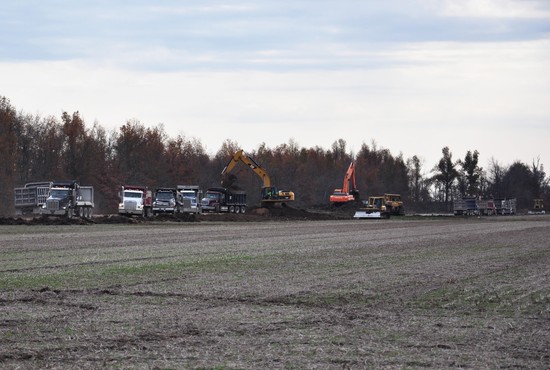 A few slabs of concrete remain, but these probably won't last much longer. 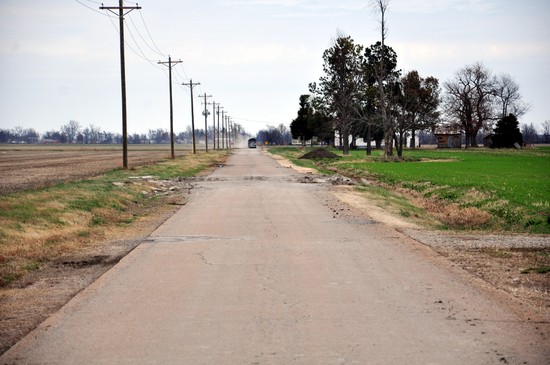 Meanwhile, a stretch of County Road 307 east of Wyatt has also succumbed to the truck traffic heading to and from the Bird's Point levee. Thankfully, other stretches of CR 307 remain, protected from truck traffic by the presence of a steel bridge with a 16 ton weight limit. 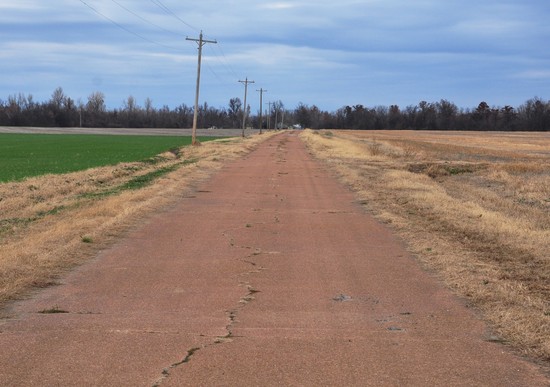 Another segment of abandoned highway, leading to the old river ferry landing at Bird's Point, can also be found, although the road is starting to subside and buckle on its own. 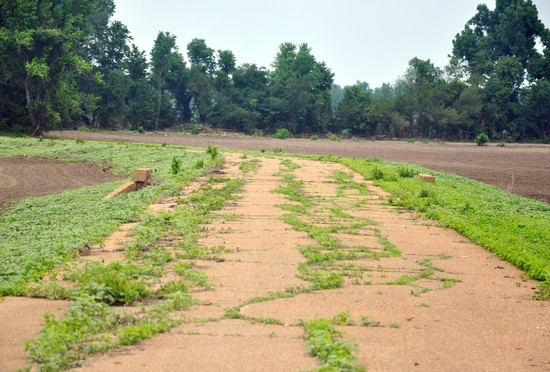 When it was completed in 1921, the concrete highway was 15.5 miles long. Over the years, several sections were bypassed by new Highway 60/62, while other segments were paved over. Until this year, roughly 5.5 miles of original pavement remained. Now that distance has dwindled to 3.2 miles in three discontinuous stretches.

The highway, or what's left of it, provides a snapshot of life in the early 1920s. When the road was completed in 1921, it was a modern marvel for rural Missouri, but it quickly became obsolete. The pavement was only 16 feet wide: more than enough for one lane, but not enough for two lanes. Indeed, in 1921 the federal government started requiring all new highways to be constructed with pavement at least 18 feet wide to qualify for federal funds.

To make matters worse, the road featured several sharp curves didn't have any banking. This design was adequate when the state speed limit was 25 mph, but soon became a serious problem with the proliferation of faster cars and more aggressive drivers. If this road had been constructed a few years later, it probably would look much different, with wider pavement and fewer deadman's curves.

It may seem odd to consider this weathered slab of concrete as a major historic site, but I would argue that the remnants of this road should be preserved. Other states, including Arkansas, have nominated vintage stretches of highways to the National Register of Historic Places. People come from all over the world to drive on vintage stretches of Route 66, but our own road is older and more unique -- if we can just keep the big trucks away.

See my previous blog for full directions and map.