See the aftermath of a wildfire

It was described as the largest documented wildfire in the history of the Shawnee National Forest.

Well, not really. This fire torched 409 acres at Grassy Knob in Jackson County, Illinois, in November 2010. Compared with the massive wildfire complexes seen out West on a regular basis, this little conflaguration barely even qualifies as a "wildfire."

When I visited Grassy Knob this spring, during one of the three nice days that we've had this year, I found a landscape that was blackened, but not seriously harmed. Indeed, by clearing some of the undergrowth and debris from the hillsides, the wildfire appeared to be a blessing. 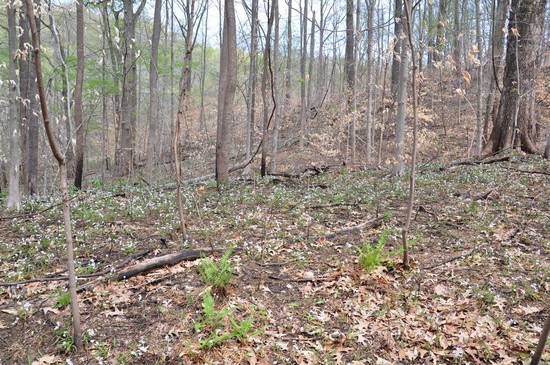 New grasses and wildflowers were popping up from the charred earth, including this trillium. 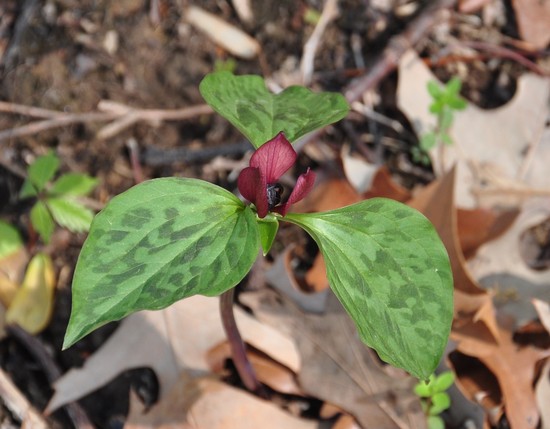 Prior to the fire, the area was choked with damaged trees from the 2008 ice storm, the 2009 ice storm, and the 2009 hurricane-like windstorm. With so many severe weather outbreaks, it's hard to say exactly which storm caused the damage, but the wildfire helped clear some of the mess. 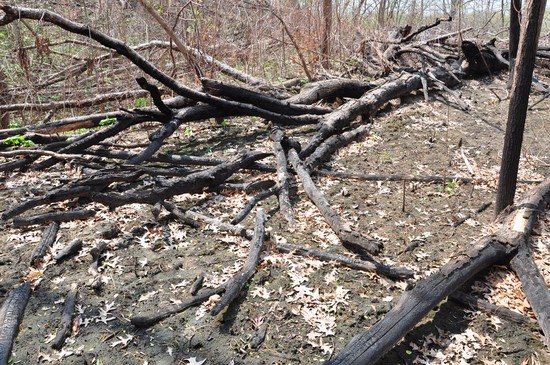 The flames licked against healthy trees, but remained close to the ground. 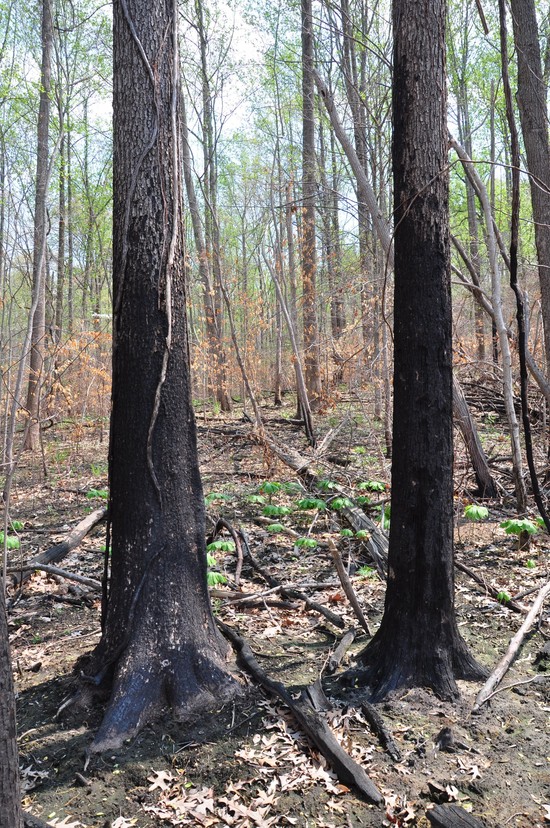 It won't take long for the forest to completely hide all evidence of the fire outbreak, making Grassy Knob grassy again. In this meantime, this corner of the Shawnee National Forest remains a scenic area featuring a small, boulder-strewn creek at northeast side of the fire zone. 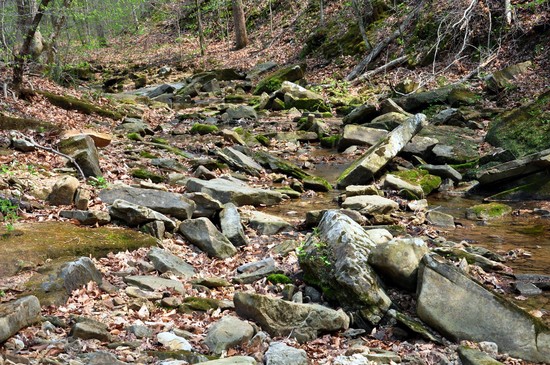 The water trickles around slabs of sandstone and past small rock shelters. 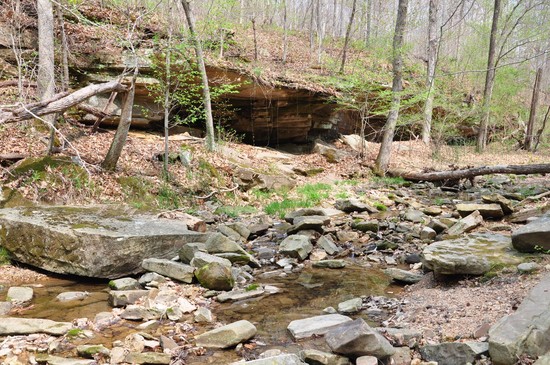 Rattlesnake Ferry Road (Forest Road 345) runs along the creek and the edge of Grassy Knob. As the name implies, the road leads to an old, but long since abandoned, ferry across Big Muddy River. This is only a few miles away from the Snake Road, so it seems likely that Rattlesnake Ferry does, indeed, have rattlesnakes. Thankfully I didn't find any here. 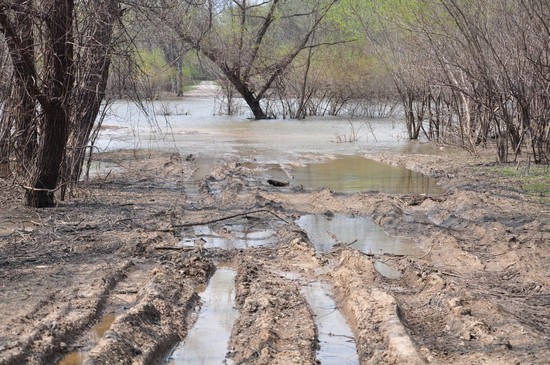 Located along the route between LaRue-Pine Hills and Little Grand Canyon, the Grassy Knob area makes for a pleasant side trip. That's assuming, of course, that we ever see any nice weather again.

From Cape Girardeau, cross the Emerson Bridge and turn left on Route 3. Continue on Route 3 north through Ware and Wolf Lake. Turn right on Big Muddy Levee Road, the gravel road to LaRue-Pine Hills. At the T-junction below the bluffs, turn left on Larue Road (FR 345). Continue into Jackson County, where the road becomes Scatters Road. This road will curve right and start climbing into the hills. Grassy Knob is on the left. Continue on Scatters Road and bear left at the intersection with Hutchins Creek Road. Then turn left on Rattlesnake Ferry Road (still FR 345) and cross the low-water bridge. This road runs between Grassy Knob (on the left) and the creek (right). Park on the side of the road where convenient and explore the area. Rattlesnake Ferry Road eventually crosses the creek and dead-ends at the old ferry landing.