Boy did I miscalculate!

I didn't expect that such a huge crowd would gather in the middle of nowhere near Larue, Illinois, to watch the steam locomotive cross the Big Muddy River Bridge.

I figured that the thundering herds would head toward Wolf Lake or Ware, two places down the road where the train was scheduled to stop.

Instead, the thundering herd was at the Big Muddy Bridge, everybody standing in the hot sun on a dusty gravel road, waiting for the Union Pacific No. 844 to blow through. So much for my brilliant plan. 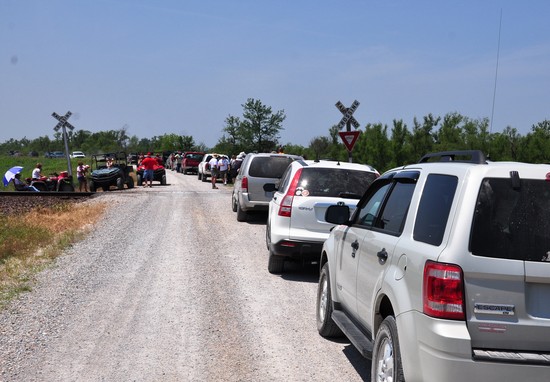 Several rail enthusiasts had brought scanners to monitor the action, but I had no idea what the radio lingo meant. From what I could tell, the steam locomotive was being held up by higher-priority freight traffic.

The crowd started to get excited when a train whistle could be heard in the distance. But it was a false alarm. The train that rounded the corner wasn't the No. 844, but the No. 4247 diesel. Ho-hum.

Some of the onlookers reluctantly took pictures of the freight train -- a practice run for their cameras -- but most people seemed bored. 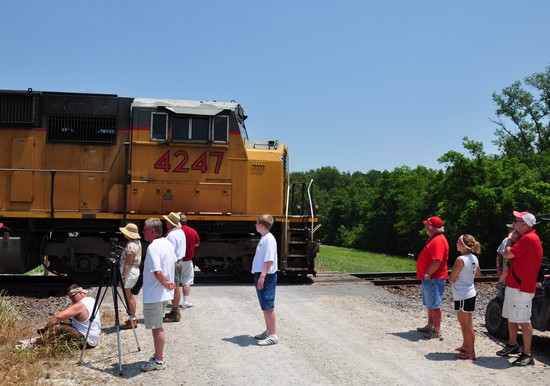 The freight train slowed to a halt and the crowd grew uneasy, expecting that it might be awhile before the steam train could arrive. Meanwhile, an automated voice on the scanner announced that the temperature was 95 degrees. Just lovely, it would have to be the hottest day of the year so far.

Thankfully, the freight train quickly started moving again. It didn't take long before we could hear another train whistle approaching.

Chatter on the scanner indicated that the steam train was proceeding under a "restricted signal." Many in the crowd were serious railfans who probably knew exactly what that meant. I sure didn't. I could only guess that, since it was following close behind the freight train, the steam locomotive was restricted to a very low speed.

The train soon rounded the corner and the onlookers quickly got their high-dollar camera gear ready. It's hard to say what was more impressive: the train itself, or the people following the train. 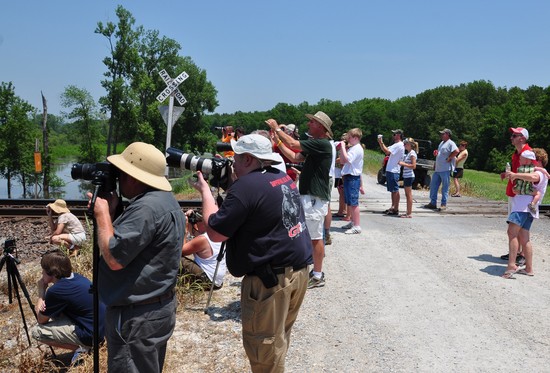 A few moments later, the "Kodak moment" had arrived as the No. 844 sent clouds of steam and exhaust through the bridge trusses. 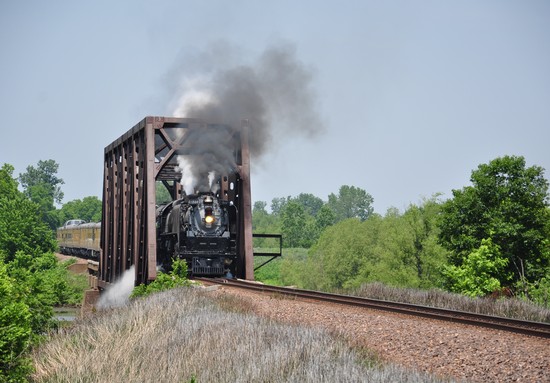 Since the train was moving slow, everybody had a chance to get plenty of shots. 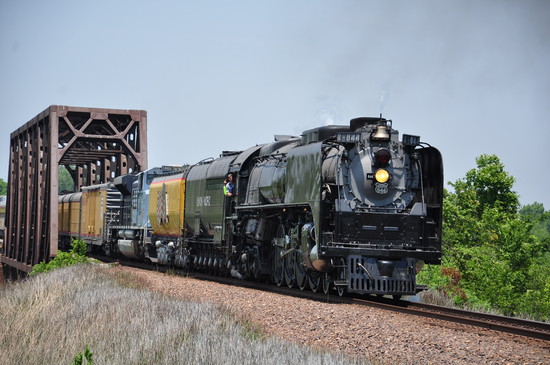 The train's brakeman, standing on the last car, said a few words and gave a thumbs up to the crowd. 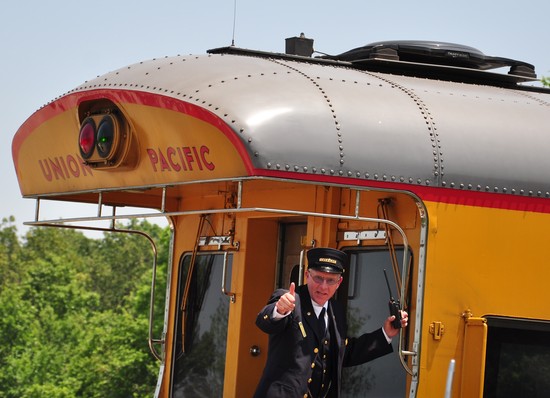 Soon after, the train rounded the corner and disappeared from sight. 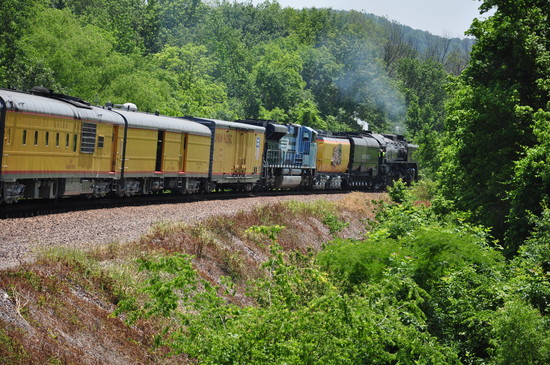 The crowd rushed to their cars, hoping to make a quick getaway to Highway 3. With the train moving at restricted speed, it would be possible to catch up to it at Wolf Lake.

However, we would all be greeted by another thundering herd that was already there. Who knew chasing a steam train could be so popular?