More than you wanted to know about Bird's Point 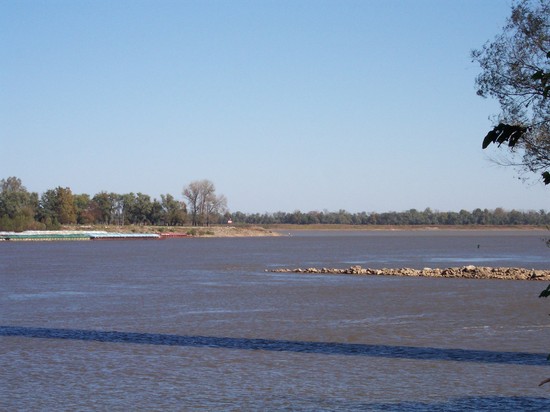 Bird's Point, Missouri, is currently in the national spotlight as the focal point of the flooding crisis on the Mississippi and Ohio rivers.

This isn't the first time, however, that Bird's Point has played a role in history.

The name dates back to 1798 when the Bird family, headed by Abraham Bird, received a grant from the Spanish government for land opposite the mouth of the Ohio River. It probably wasn't much of a settlement at first. When the Lewis and Clark expedition arrived at Bird's Point in November 1803, Meriwether Lewis wrote in his journal that they had "reached the huts of some persons who had established themselves for the purpose of trading with the Indians." This was an important day for Lewis and Clark, the first time they set foot within the Louisiana Purchase, the area they had been sent to explore. 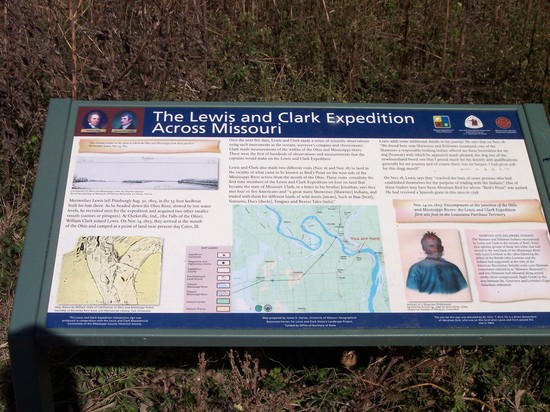 Abraham Bird established a plantation in 1805. He had chosen a strategic location, taking advantage of the trade from two major rivers. But the location came with a serious drawback: periodic flooding. A major flood in 1814-15 prompted Abraham to throw in the towel and move elsewhere. Other members of the Bird family, however, stuck around and ran various business ventures on both sides of the river, setting up Bird's Point as an important steamboat landing. 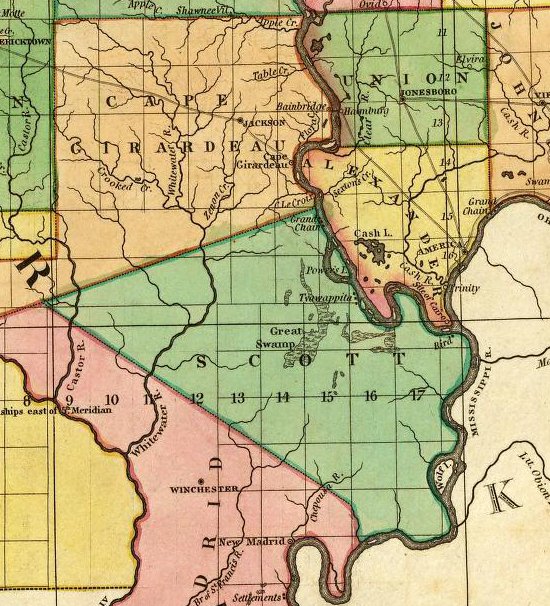 Steamboats were only the beginning. In 1853, the Cairo & Fulton Railroad was chartered to build a railroad from Cairo to the Texas border near Fulton, Arkansas. Since building a bridge over the Mississippi would have been nearly impossible at the time, the railroad would terminate near Bird's Point. Construction started in 1857 and the first stretch of track was completed between Bird's Point and Charleston in 1859. A large hotel was built by George W. Kenrick.

According to the book "History of Mississippi County Missouri: Beginning through 1972" by Betty F. Powell, "Legend has it that the snakes were so thick that people who lived and worked there had to wear boots and that sportsmen from Charleston went to Bird's Point on the railroad to shoot snakes."

Things looked good until the Civil War erupted. Work on building the railroad westward to Poplar Bluff was halted. Both sides set their sights on the railroad. Powell wrote, "The Federals threw part of the equipment into the river at Bird's Point and the Confederates tore up some of the tracks near Charleston and, after heating them, twisted them about threes to prevent their further use." 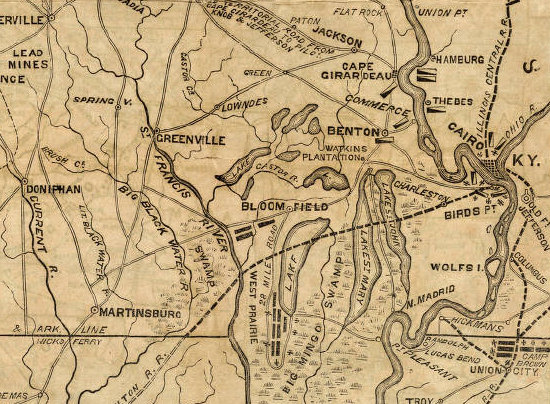 After the war, the bankrupt railroad was reorganized as the Cairo, Arkansas & Texas (the "CAT") and the tracks were eventually finished to Poplar Bluff in 1873. That wasn't all: Bird's Point soon found itself with *two* railroads as the "Cotton Belt" (St. Louis & Southwestern) was built in 1881-82 providing access to Arkansas and beyond. 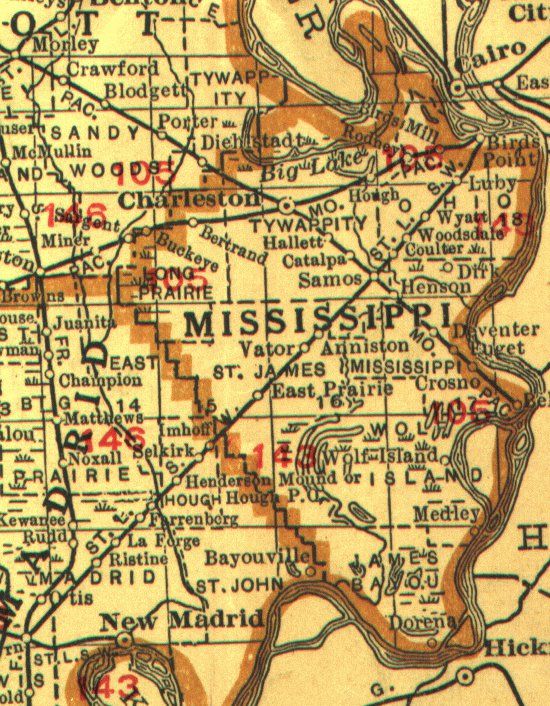 Ferry boats transferred railroad freight and passengers across the Mississippi to Cairo. This made Bird's Point a gateway -- and choke point. The ferry crossing was a constant headache, frequently out of service because the river was too high -- or too low.

Bird's Point was at its peak during the 1890s as the population grew to approximately 400 and the town boasted two hotels and five general stores. The town's good luck didn't last. Four major disasters -- a tornado in 1896, a flood in 1897, a fire in 1905, and another flood in 1908 -- kept destroying large sections of the town. The 1908 flood was the final straw as it severely eroded the riverbank, sending most of the old town site into the water. At one point, 35 feet of land was being eroded by the river each day.

The railroad companies, now able to redirect traffic to the bridge at Thebes, Illinois, were all too happy to discontinue the ferry transfers once and for all. The town was effectively dead, but this wasn't the end for Bird's Point.

Starting in 1919, a concrete highway was built from Charleston to Bird's Point. When it was completed at the end of 1921, the highway connected with a ferry to Cairo. The old highway has been bypassed by current US 60/62, but portions of the road still carry traffic, probably the oldest remaining concrete highway in Missouri.

Just as the railroad ferry transfer was a bottleneck, the highway ferry soon became a headache. Congress authorized the construction of a highway bridge over the Mississippi River at Cairo. This was dedicated to much fanfare on Oct. 18, 1929. After a second bridge over the Ohio River was completed in 1937, Bird's Point found itself as a waypoint on a major east-west highway connecting Missouri to Illinois and Kentucky. 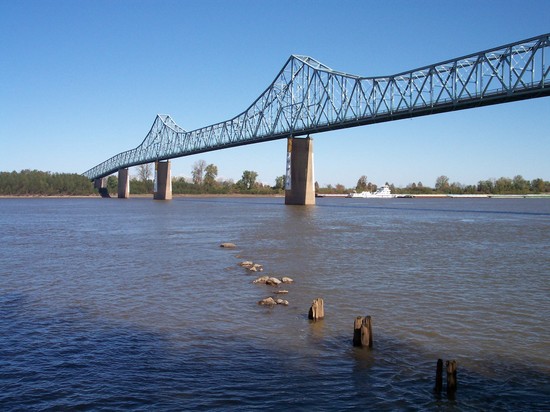 The Bird's Point Bridge has been bypassed by a new crossing on Interstate 57, but the bridge is still an important link to Cairo and Wickliffe, Kentucky (or it *would* be if it wasn't closed indefinitely for repairs).

Bird's Point has played a role in the Lewis & Clark expedition, the Civil War, and railroad history. But the really interesting stories start with the Great Flood of 1927. More on that in a future blog...