The surprise at McClure

Did you know that McClure, Illinois, is the home to a dam on the Mississippi River?

No, really, I'm not crazy. McClure has an actual man-made concrete dam that you can walk across and everything. 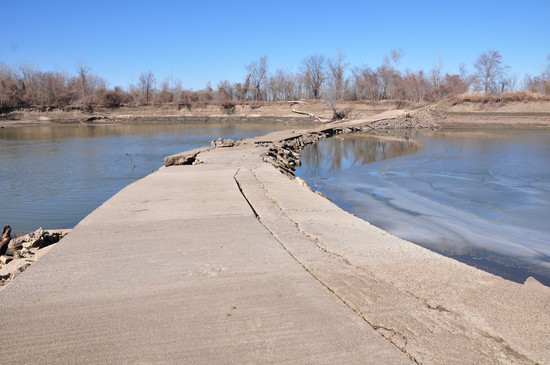 I guess I should explain the fine print. The dam only crosses a small part of the river, a side channel called Picayune Chute. It only holds the water back a few feet, and only when the river stage is low enough. Finally, the structure is in terrible shape, a thin ribbon of concrete that can only be crossed on foot. 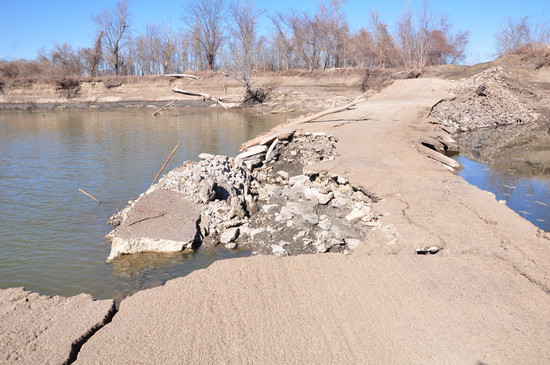 The dam was built to provide a causeway to farmland on Devil's Island, a large chunk of land that is surrounded by the main river channel to the northwest and by Picayune Chute to the southeast. The chute is a sizable waterway in its own right. 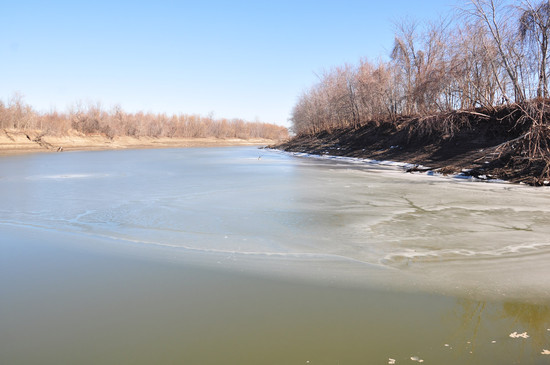 Picayune Chute re-enters the main channel just above Cape Rock, on the opposite shore. In this aerial photo from the U.S. Geological Survey, the camera is facing east from Missouri into Illinois, with the Cape Girardeau Country Club in the foreground and Devil's Island and Picayune Chute in the distance. 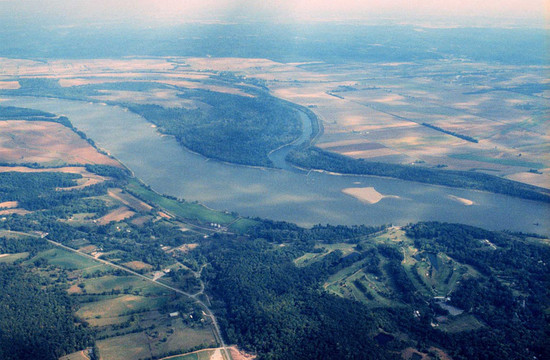 The island is not protected by levees, leaving it vulnerable to flooding. Even when the island is high and dry, the dam is frequently covered in water. I visited when the river stage at Cape Girardeau was 19 feet -- a relatively low stage -- and yet the causeway was impassable. (I had no trouble crossing when the river dropped to 14 feet a few weeks later.) 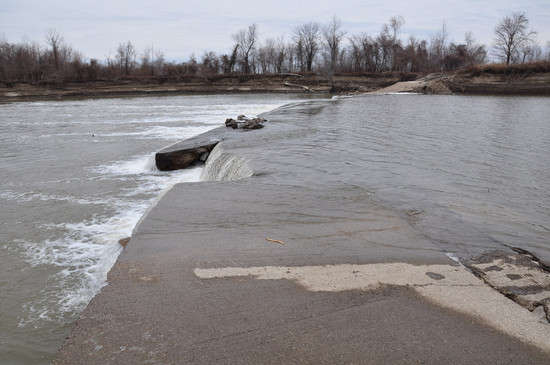 Despite the difficulty in reaching the island, the area has been farmed for many years. In 1925, during a flood on the river, the Southeast Missourian reported, "About 50 acres of corn on Devil's Island, belonging to Ernest Caldwell, were also submerged, but it was stated it would take five more feet of water to cover the remaining 550 acres."

The island was apparently also used for goose hunting. A brief story from 1932 says, "Maj. Jimmy Doolittle, nationally famous aviator whose home is in St. Louis, is at Devil's Island hunting club near McClure today, for goose shooting. A number from Cape Girardeau, including Raymond H. Brady and Jas. A. Jackson, the latter a deputy game warden, as with the party. The flyer's success with a gun was said to be almost as spectacular as his skill with an airplane."

Following the 1993 flood, many acres of farmland next to the river were ruined, prompting farmers to sell the land to state and federal agencies to set aside as wildlife refuges. Devil's Island was acquired by the Illinois Department of Natural Resources as a wildlife management area. It's open to the public.

A large outbuilding remains along the road to the causeway, an obvious reminder of the area's history as a farm. 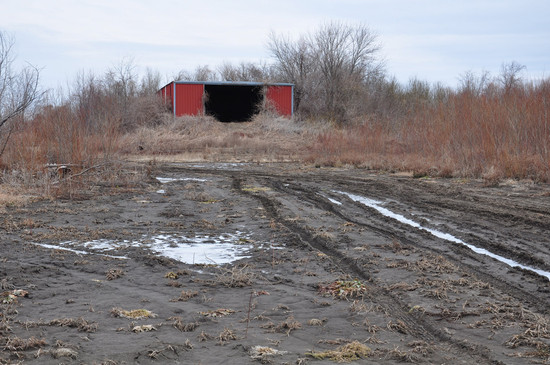 The towers of the Emerson Bridge are visible in the distance. Even though this spot is only a half-mile from McClure, the area is surprisingly isolated. 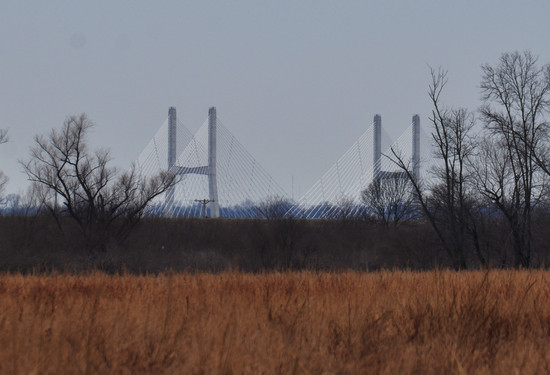 After crossing the causeway to reach the island, the old road fades, emptying into a wide field. Straight ahead is a line of trees and the Mississippi River. 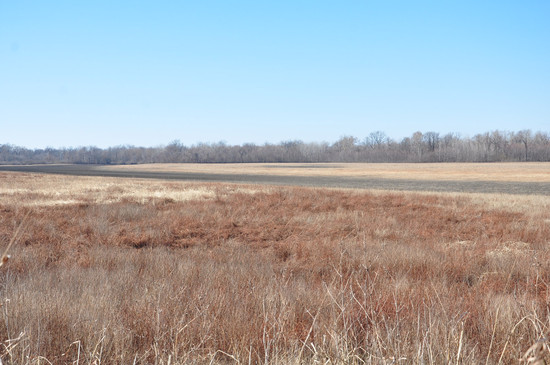 When I visited in January, I was hoping to find bald eagles, but I only saw boring old buzzards circling overhead. Or so I thought. After I took a closer look with my telephone lens, I discovered that some of these birds were, in fact, bald eagles. 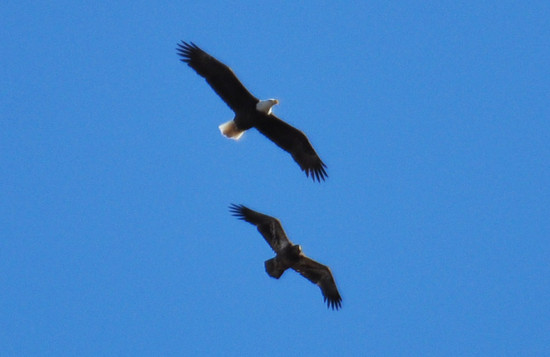 I'm not familiar with eagle behavior, but it appears the adult and juvenile eagles were playing games as they circled around the island. The adults would swoop down and "buzz" the younger eagles, leading to a chase.

Devil's Island offers an interesting mix of nature, wildlife, and man-made curiosities. Unfortunately, it's only possible to reach the island when the river is very low. Even then, the access road and trails are likely to be a muddy quagmire, and the dam and causeway aren't for the faint of heart. If you want a bit of adventure only a few minutes from Cape, this is the place.

From Cape Girardeau, cross the Emerson Bridge and continue to Highway 3. Turn left and take Highway 3 north through McClure. Just before leaving town, look for the intersection with Bridge Street (on the right) and Devil's Island Road (on the left). Turn left on Devil's Island Road and drive this gravel lane up and over the levee. On the other side, the road enters the wildlife area and drops to a washed out spot. I'd recommend parking here and following the rest of the road on foot.

Follow the muddy road to the red building, and then bear left. The old road, barely a trail now, reaches a locked gate. Beyond the gate, the trail drops to the dam and causeway. If it's safe, carefully descend to the dam (it's extremely muddy here) and then tiptoe across the causeway.