The hot topic of discussion is: "Where's the best place to see fall colors?"

My snarky response would be, "Any place with trees!"

While it's easy to find fall foliage in almost any direction, the river hills north of Cape Girardeau put on a good show and are only a short drive away. Here is a suggested tour following the backroads of northern Cape Girardeau and eastern Perry counties:

The trip begins by taking Highway 177 north from Cape Girardeau to Trail of Tears State Park. All of the roads within the park provide rewarding views, especially the drive to the Mississippi overlook. 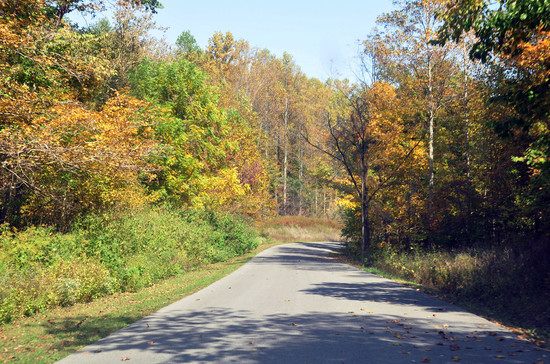 After exiting the park, turn right on Highway 177. At the intersection in front of the P&G complex, continue straight on Route J. This road becomes County Road 525 as it passes through Neelys Landing. Turn right on CR 535, a gravel road that climbs up and over three ridges, including the dramatically named United States Hill. The road is bumpy, but well worth the drive as it curves through some of the most rugged terrain in the county.

If you're feeling adventurous and have a high-clearance vehicle, consider taking a side trip on CR 532, a road that passes down the middle of a creek. It's hard to tell where the road ends and the creek begins.

County Road 535 eventually reaches Route CC near a place called Hines Landing. Turn left and follow Route CC as it passes through Apple Creek Conservation Area. This area includes over 2,000 acres in the hills above Apple Creek. A gravel road on the right provides access to Apple Creek and a series of walking trails along old farm roads.

Continue on Route CC west to the junction with Route C and turn right. Follow this road north into Perry County, eventually reaching Altenburg. Make a right on Route A to go through the town. Continue east to Wittenberg and turn right at the sign for Tower Rock Natural Area on CR 460. After crossing a steep hill, the road passes next to the Missouri equivalent of the Golden Gate Bridge, a suspension bridge carrying a natural gas pipeline to Grand Tower, Illinois.

The road then meets the railroad tracks at what could be one of the trickiest railroad crossings in the region (make one wrong move and you'll be in the river). Just ahead is Tower Rock. Most people stop at the parking area on the left, but for the best view, cross the railroad tracks again and drive to the trailhead for the Overlook Trail. This steep, but mercifully short, trail offers the best vantage point for Tower Rock and beyond. 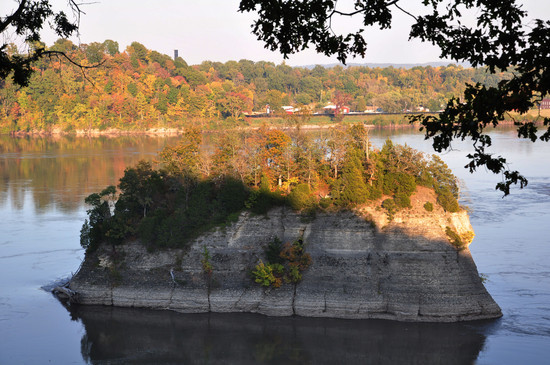 Return to Route A and turn right. Then make a left on CR 444, which goes north through the old townsite of Wittenberg. The road continues along the river bottoms, offering scenic views of Fountain Bluff in Illinois and not-so-scenic views of the power plant at Grand Tower. 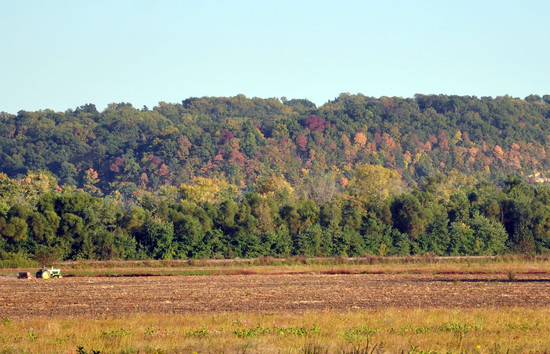 Continue on CR 444 as it curves left away from the river into the hills. At the next intersection, bear right on CR 438. Then bear left at the next fork to remain on CR 438. The road follows the brow of a ridge, snaking through a mixture of trees and farmland. 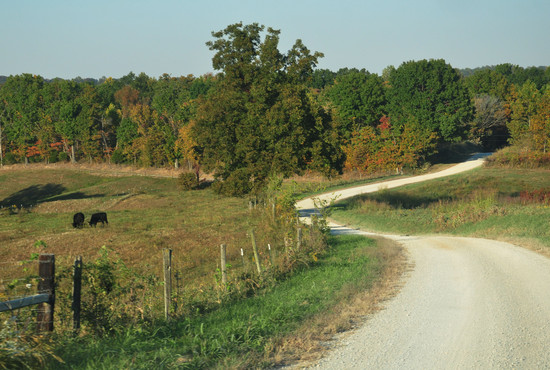 The road eventually reaches a crossroads with blacktop Route Y. A cluster of houses surrounds the intersection, marking the location of a small settlement labeled on old maps as Ridge School, or simply Ridge. It's an appropriate name considering the steepness of the hills. At the stop sign, continue straight on CR 439.

Keep your eyes peeled along the ridge road for glimpses of the Mississippi River and the floodplain in Illinois, many miles to the north.

Continue to the T-junction with Route D, then turn right and follow the road into Seventy-Six Conservation Area. The road crosses the railroad tracks and ends at a parking area next to the river. The origin of the name Seventy-Six is a mystery, but it was once a bustling town on the riverfront.

Walk down to the water's edge and look across the river to Missouri. That's not a mistake: the land on the opposite shore is part of Wilkinson Island, a former island that lies within Missouri. The river's course has shifted over the years, placing the island on the Illinois side. 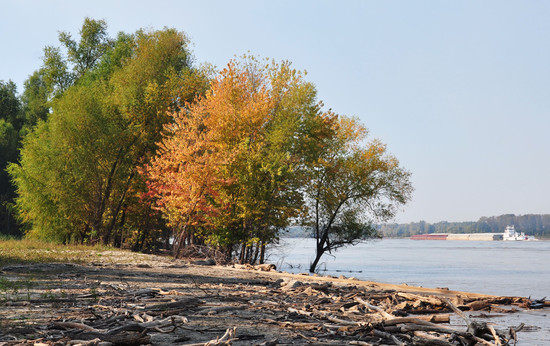 The conservation area contains several miles of trails and old farm roads to explore. I'd recommend driving back along the entrance road and stopping at the second parking area on the right. This provides access to the main hiking trail, which meanders through the woods past an old quarry, eventually emerging at the top of a ridge with plowed fields and views of the river. 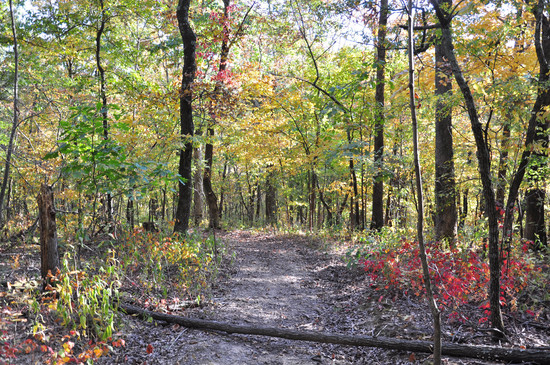 Drive back to the blacktop road, Route D, which leads to the quaint village of Brazeau. Turn left on Route C and head to Frohna, then make a right on Route A and travel to Uniontown. Turn left on Highway 61 and follow it through Old Appleton and back home toward Cape Girardeau.

While the route through Brazeau, Frohna and Old Appleton doesn't offer as many trees, the rolling hills and farmland offer their own beauty during harvest time. Highway 61 makes a nice alternative to the orange barrels on I-55. 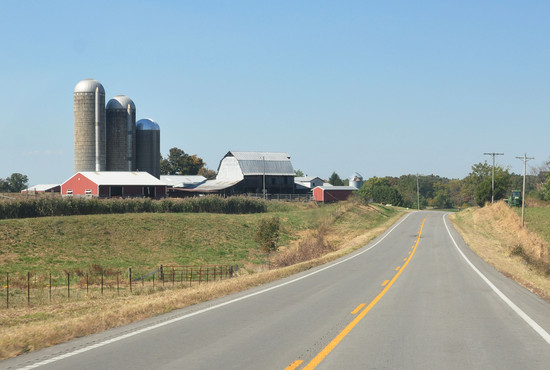