Murder, suicide, or none of the above?

When it comes to cold cases, it's hard to find a colder case in American history than the mysterious death of Meriwether Lewis. With conflicting eye witness testimony, scant physical evidence, and a long list of potential suspects, this is one case that will likely never be solved.

Did he commit suicide? Was it murder? Was there a conspiracy? Was his death caused by something else?

For the last two centuries, since that fateful morning of October 11, 1809, along the Natchez Trace in Tennessee, historians have hotly debated these questions. The question of Lewis' death has spawn a whole series of books, articles, and conferences. 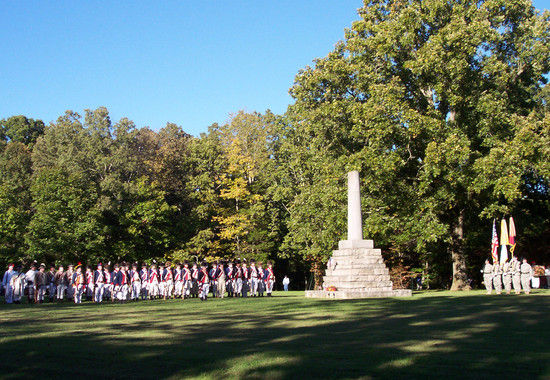 Last October, a ceremony was held near Hohenwald, Tennessee, to commemorate the bicentennial of Lewis' death. His burial monument was designed with a broken shaft to represent a life cut short. (Photo by Debra Baughn)

Historians have studied every available scrap of detail about the Lewis and Clark expedition and the lives of Meriwether Lewis and William Clark. Few other 19th Century figures, except for perhaps Abraham Lincoln, George Washington, and Thomas Jefferson, have been scrutinized to the level of detail of Lewis and Clark.

And yet, despite all of the work, research, and theorizing, the circumstances of Lewis' death are as cloudy as ever. If anything, the intense research has raised even more puzzling questions.

At the time of Lewis' death, most people, including William Clark and Thomas Jefferson, were quick to believe that it was a simple case of suicide. Clark wrote, "I fear the waight of his mind has over come him, what will be the Consequence?"

Over time, however, new evidence and revelations suggested that murder was also a distinct possibility. Many of the murder theories revolve around James Wilkinson, described as "one of the shadiest characters in the history of the United States." It was revealed that Wilkinson was "Spy No. 13" for the Spanish government. Wilkinson had served as Territorial Governor of Louisiana, but was removed from his office and replaced by Lewis. He would have had plenty of reasons to conspire to have Lewis eliminated.

The book, By His Own Hand?: The Mysterious Death of Meriwether Lewis, presents arguments in favor of both the suicide and murder theories. James J. Holmberg outlines the case for suicide, John D. W. Guice argues in favor of homicide, and Jay H. Buckley wraps up the book by imagining how lawyers on both sides would present their arguments in court. The book doesn't try to draw any conclusions, except that historians agree to disagree.

Thomas C. Danisi of St. Louis has turned the suicide vs. murder argument on its head by presenting a third option: Lewis' wounds were self-inflicted, but it was not suicide. He first presented the argument in the Feb. 2002 issue of the Lewis and Clark magazine We Proceeded On, where he wrote:

"I accept the view that Lewis shot himself and was not the victim of either robbery or political conspiracy... I reject however, the notion that his death was a suicide, at least in the conventional sense of that term. I believe that Meriwether Lewis suffered from untreated malaria, a condition that can lead to the kind of erratic behavior he exhibited in the weeks before his death. Malaria has been known, literally, to drive its victims crazy, causing them to mutilate and even shoot themselves in a desperate attempt to rid their bodies of pain." 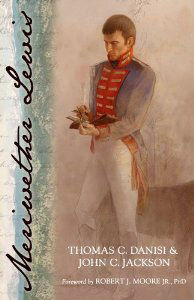 In Danisi's view, Lewis was trying to kill the pain, not himself. The idea is certainly interesting, but many historians remain unconvinced. In By His Own Hand?, James J. Holmberg writes, "Instances of malaria in this degree of severity are rare, and some doctors argue that there is no evidence that Lewis suffered from a case so advanced that it would drive him to suicide."

This weekend, you'll be able to decide for yourself. Thomas Danisi will present a program at the Cape Girardeau Public Library on Saturday, Feb. 27, at 1 PM, where he will discuss his research into the role malaria may have played in the death of Meriwether Lewis. He will sign copies of the book Meriwether Lewis, a biography he co-authored with John C. Jackson.