A few years ago, the Brooklyn Bridge was for sale. No really, I'm not kidding.

Not the famous bridge in New York City, of course, but a small iron bridge near Brooklyn, Missouri, that was about to be replaced.

Usually these rusting hulks are demolished and sold for scrap. However, many of these bridges are perfectly capable of handling foot traffic in a city park or light vehicles on a private driveway.

Southeast Missouri has a large number of closed, abandoned, or soon to be replaced bridges that would be perfect candidates for reuse elsewhere.

It's the ultimate form of recycling. While repairing or relocating an old bridge can be challenging, building a new structure from scratch is likely to be more expensive and, frankly, a lot uglier. 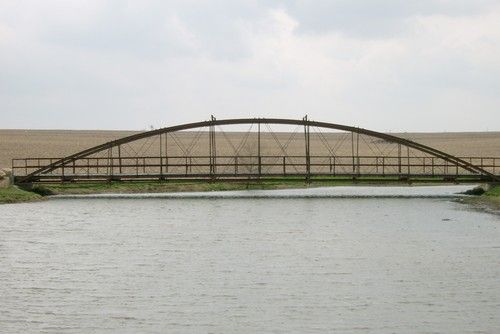 Using help from the National Guard, this bridge was airlifted by helicopter to its new home in a city park in Polo, Missouri.

Meanwhile, Cape Girardeau has ambitious long-term plans to build new trails throughout the city. To finish these trails, a bunch of new bridges are going to be required.

I think we might have a win-win situation. Here are a few of the bridges that might be available: 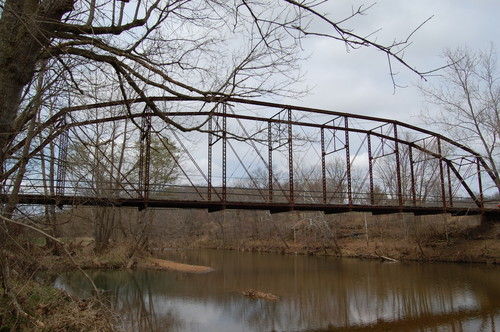 Dolles Mill Bridge: This bridge in Bollinger County near Sedgewickville was closed to traffic last year and now awaits replacement. At 170 feet long, it might seem ridiculous to try to relocate something this massive. However, Cape Girardeau's proposed trail system includes a connection with Scott City, which would require a new bridge across the Diversion Channel. That's going to take a serious bridge like this one. 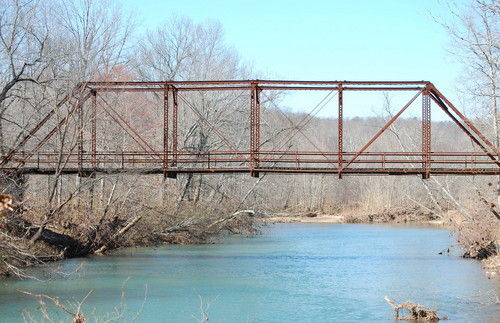 Lowndes Bridge: Located in Wayne County near Lowndes, this bridge is also closed to traffic with an uncertain future. At 100 feet long, a bridge of this size would be perfect to span Sloan's Creek and provide a link between the riverfront trail and the Red Star boat ramp. 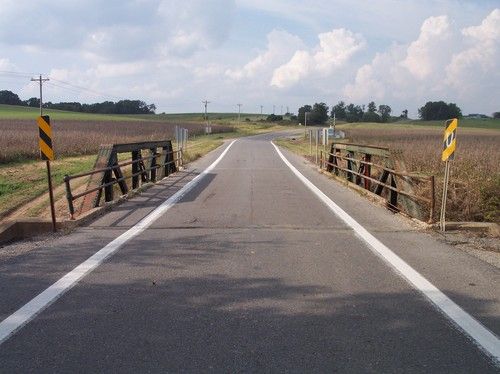 Buckeye Creek Bridge: MoDOT has plans to replace this bridge on US 61 north of Fruitland. With a length of 50 feet, this structure is small enough that it could be hauled on a flatbed trailer in one piece. 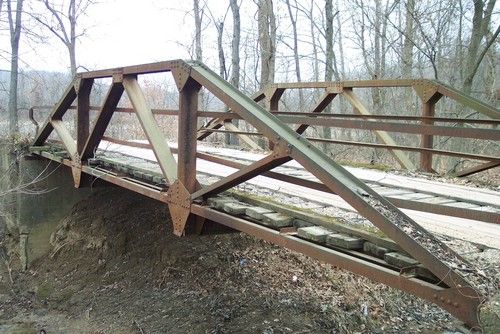 Slagle Creek Bridge: This small bridge in Bollinger County near Arab is still going strong, but will need replacement eventually. It features a design unique to Missouri.

Moving an old bridge isn't as daunting as it might seem. During the last 100 years, several large bridges in Cape Girardeau and Bollinger counties have been moved as needs changed. This was a selling point made by early bridge companies: with a steel bridge, you can use it again and again.

One county in Michigan has gone so far as to create a Historic Bridge Park featuring bridges that have been brought in from surrounding areas. It's like a retirement home for old bridges. The bridges are preserved, the county gains a tourist attraction, and people can learn about engineering while taking a walk.

Cape Girardeau should consider taking advantage of this opportunity to promote historic preservation while building its trail system (and save money in the process).