The Bridges of Bollinger County 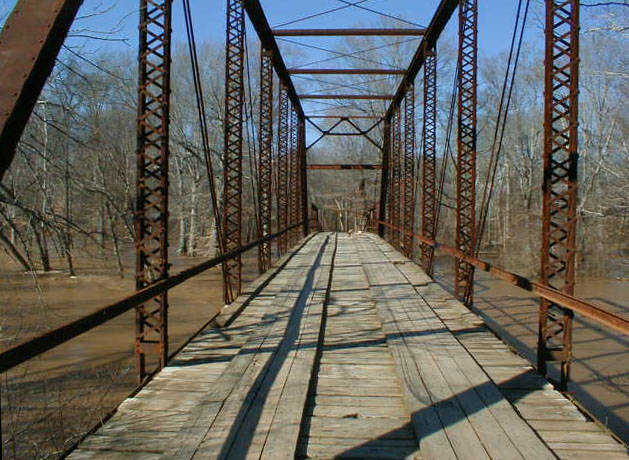 The Gipsy Bridge over the Castor River in Bollinger County, a classic steel truss bridge that no longer exists
I'm giving a presentation this Sunday to the Bollinger County Historical Society about the historic bridges of Bollinger County. Here's a sneak peek:

Bollinger County has never had any covered bridges, but the county has been home to many historic steel truss bridges. Sadly, a large number have been demolished in recent years, a trend that is likely to continue.

I became interested in historic bridge preservation after I saw the demolition of a large truss bridge over the Castor River at Gipsy. Soon after I first visited, the bridge was attacked by construction crews armed with cutting torches. It was quickly replaced by a boring concrete bridge, or as I call it, a "UCEB" -- Ugly Concrete Eyesore Bridge. 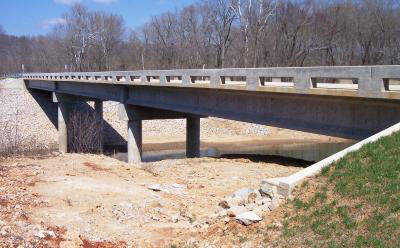 These eyesores have been popping up all over Southeast Missouri and, for that matter, the whole country. Sure, they represent the state-of-the-art in modern bridge construction that can support a tractor-trailer or even an SUV without straining any rivets. But modern design is boring, utilitarian, charmless, and just plain ugly.

Bridge demolitions aren't the only problem. Just down the road from the Castor River, this large truss bridge over Lick Log Creek has sat abandoned since 1995, the deck ripped apart by numerous flash floods. It's amazing this thing hasn't already collaped: 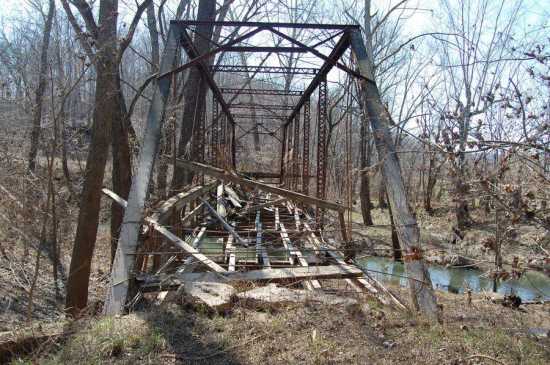 This bridge was originally built over the Castor River at Zalma in 1900 and then relocated here in the 1930s. Truss bridges was frequently moved to new locations as needs changed. In fact, this was a major selling point for bridge companies during the late 1800s and early 1900s.

The derelict Lick Log Bridge could be relocated and preserved in a new location, perhaps as a pedestrian bridge in a park. Unless something is done, this bridge will eventually succumb to nature and fall apart.

Just next door is a good example of historic bridge preservation. The "new" bridge now carrying traffic over Lick Log Creek is a hand-me-down that was originally located on a state highway near Marble Hill. It was brought here in 1995 to bypass the old bridge. 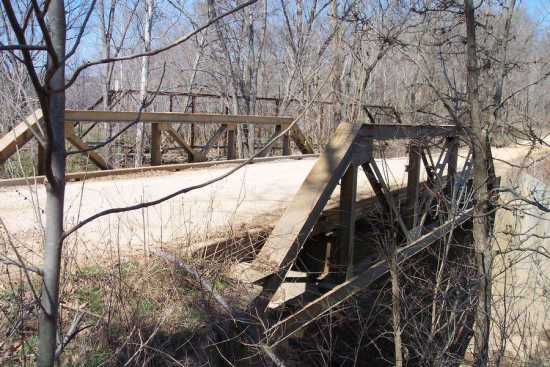 This is the ultimate form of recycling: take a perfectly good bridge and re-use it elsewhere instead of building a new bridge from scratch. This approach is a win-win situation: the old bridge is preserved while saving money.

Too often, however, old bridges are simply sold for scrap. That happened to the bridge over Crooked Creek at Laflin, built in 1908: 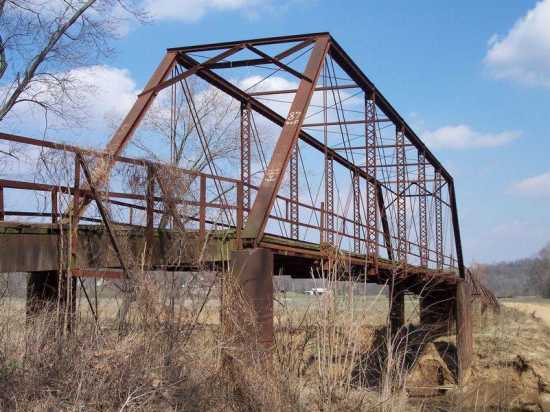 Like so many others, it was replaced by a UCEB. The same fate could be in store for the Dolles Mill Bridge over Whitewater River near Sedgewickville. This massive bridge -- the longest truss span in Bollinger County -- was closed to traffic last year after it failed an inspection. 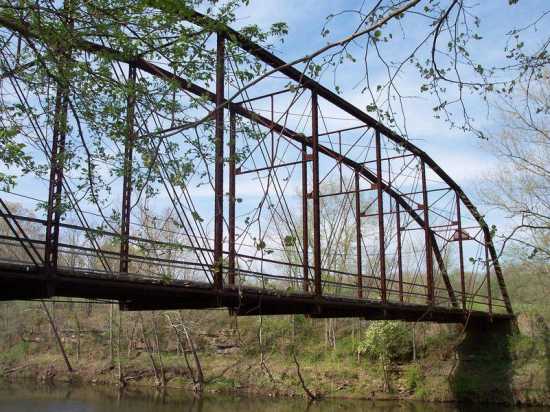 There is some good news, however. The bridge at Glenallen, probably the oldest bridge still carrying traffic in the county, has been repaired, with new wooden planks installed. 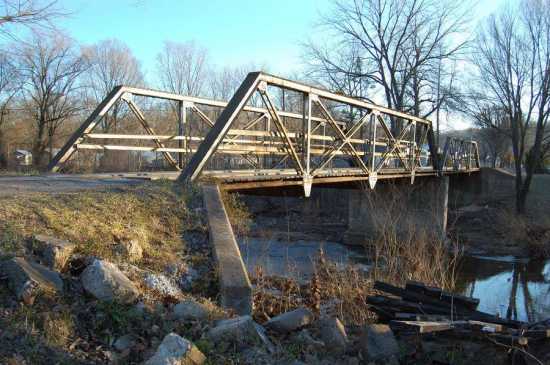 This truss bridge over Dry Creek is in awful condition, but the county has been able to keep it in service by building concrete piers underneath. This is less than ideal, but much better than scrapping it. 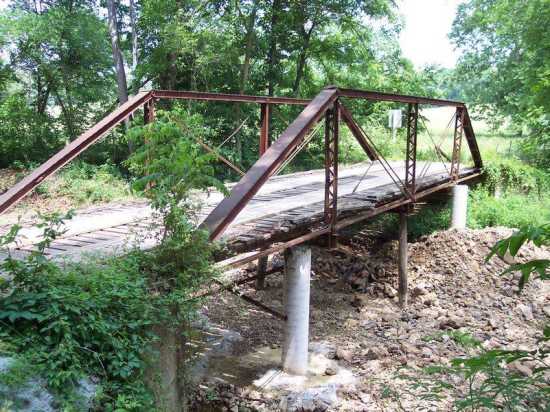 Bollinger County has one bridge with a very rare design. Built by Miller & Borcherding of St. Louis, the Slagle Creek Bridge near Arab features a truss design that was unique to the company. Only a handful of these remain in the entire U.S. 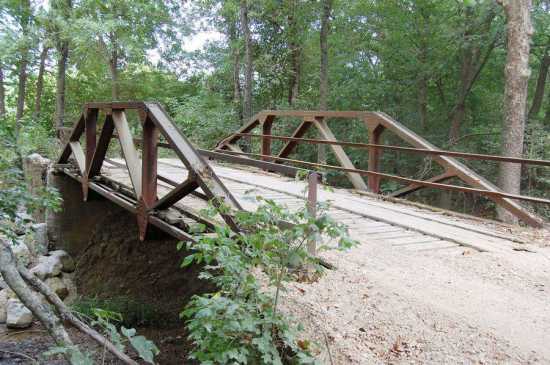 While Bollinger County has lost many historic bridges in recent years, several interesting bridges remain. Now is the time to save some of these landmarks before they are replaced by concrete eysores.