Disaster averted at one of Missouri's covered bridges

Heavy rains in northern Missouri almost caused the destruction of the Union Covered Bridge in Monroe County over the weekend. After 6-10 inches of rain fell over a wide swath, the Elk Fork of the Salt River came close to wiping out the bridge. However, local residents were able to save the bridge by removing the wooden siding, allowing the water to pour over and through the bridge, but preventing the floodwater from knocking the bridge over. 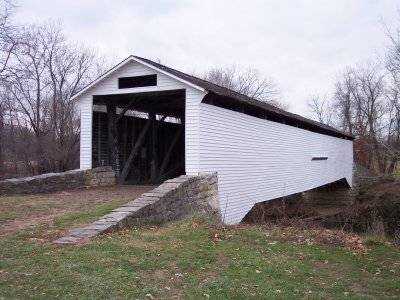 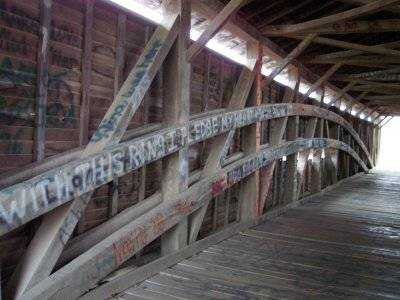 Unlike the other covered bridges in Missouri, Union features a "double Burr arch" design with two massive wooden arches supporting the bridge.

The Union Bridge is one of only four remaining authentic covered bridges in Missouri. Monroe County once had several covered bridges, but disasters over the years, including other floods, have wiped out the rest.

While the covered bridge was saved, another bridge located downstream wasn't so fortunate. The Columbia Bridge, a large steel truss bridge, was carried off its piers by the violent force of the river. Eyewitnesses report that the bridge is a complete loss. 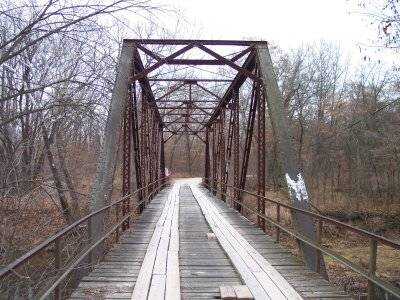 Here is a whirlwind tour of Missouri's other covered spans: 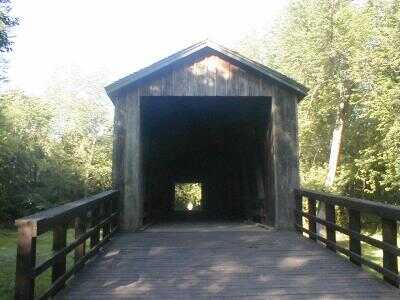 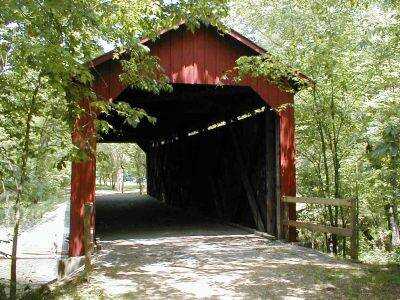 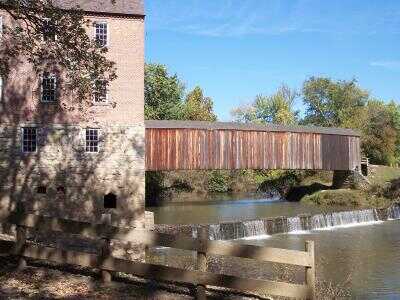 Also, the Centennial Park Covered Bridge is a scale-model replica (2004) of an historic covered bridge that once stood near Sedalia: 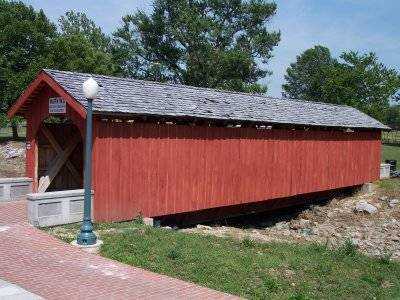