View the river from a safe distance

Want a good view of the flooding on the Mississippi River, but without getting your feet wet? The Peewah Trail at Trail of Tears State Park offers a bird's eye view of the river. 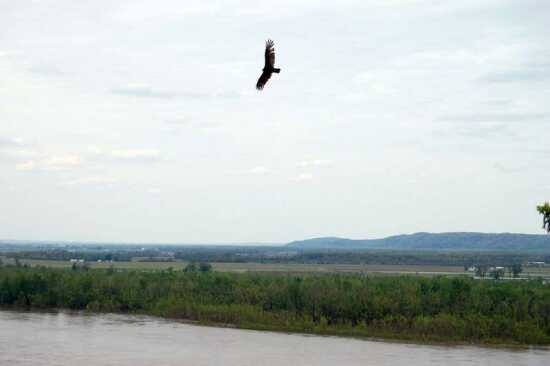 Portions of the trail pass along the very edge of sheer bluffs overlooking the river. 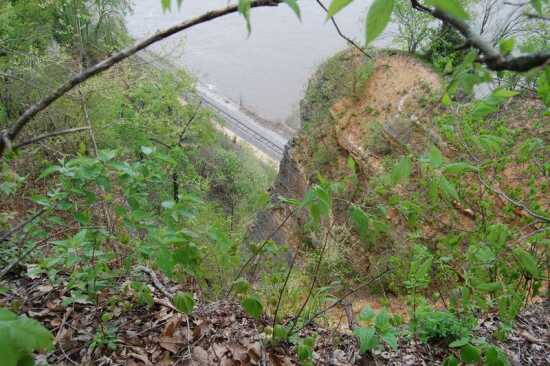 You can see barges: 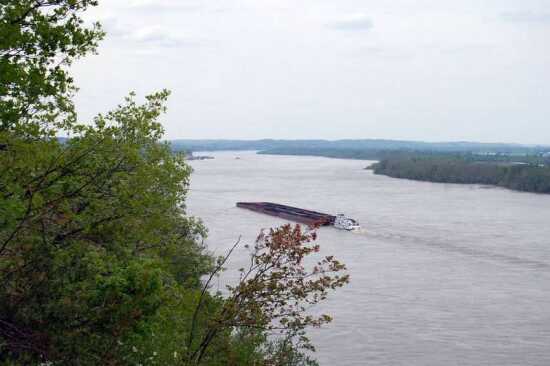 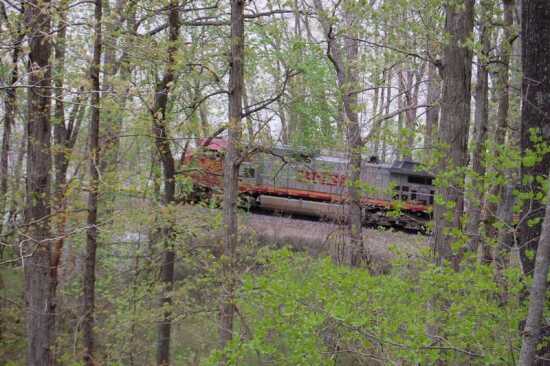 And the remains of something called the "Devils Tea Table": 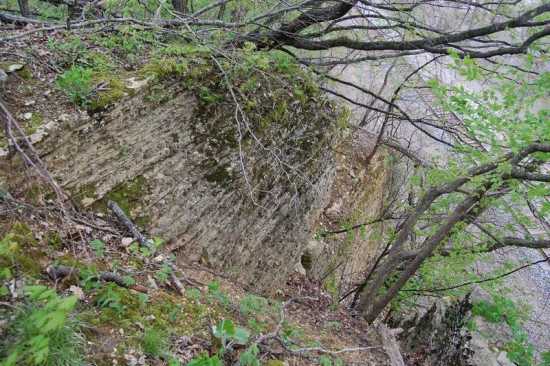 And even one of the world's longest pipeline suspension bridges (at Grand Tower, Illinois): 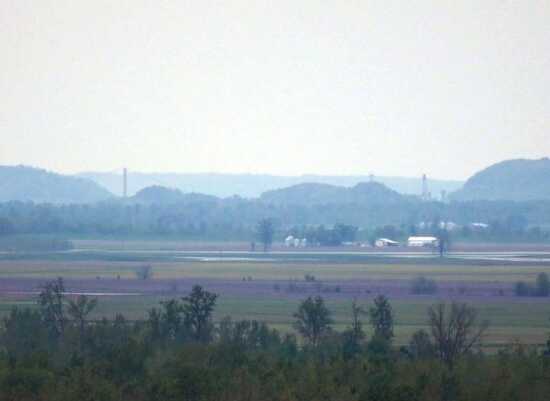 The Peewah Trail is actually a network of trails at the northern end of Trail of Tears. According to the trail map, the name is an Indian word for "come follow in this direction."

While the entire trail is a strenuous 10-mile hike, I'd recommend sticking to the "Yellow Loop" which provides access to the river bluffs and clocks in at only 3.4 miles. The trailhead is along the Overlook Road, a short distance after the gate. (There's also a trailhead before the gate, but this leads to the much longer and difficult "Red Loop.")

If you're feeling adventurous, you can venture off-trail to see the mouth of Indian Creek and the remnants of the Devils Tea Table. Follow the Yellow Loop along the bluff line for roughly 1.5 miles until the trail veers left and starts to make a sharp descent away from the river. Leave the trail and follow the high ground along the river until reaching the edge of the Indian Creek valley. 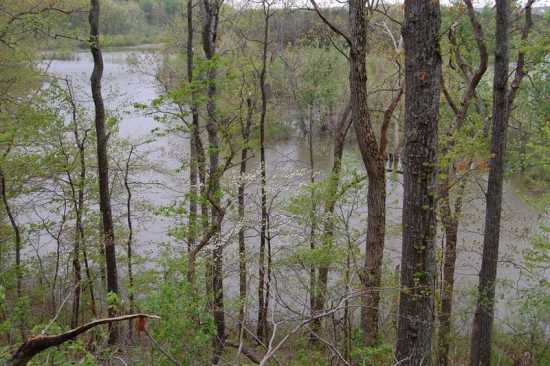 Look closely for the small rock outcroppings that overlook the mouth of Indian Creek. 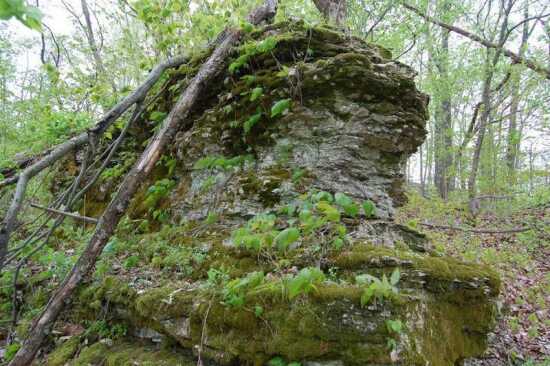 These formations might be the remains of the Devils Tea Table, a well-known landmark in the 19th Century that was obliterated when the railroad was constructed in 1904. Indian Creek was originally called "Table River" or "Table Creek" on maps from the early 1800s, and the Devils Tea Table was even marked on this map from 1847.

Last fall, I blogged about the Sheppard Point Trail, a more popular park trail that provides a panoramic view of the river. But the flash flooding in March damaged a portion of that trail and it remains closed for now. In the meantime, the Peewah Trail is a perfectly good alternative.

From downtown Cape Girardeau, take Highway 177 north for roughly 12 miles and look for the Hill Road turnoff on the right. This is the back entrance to Trail of Tears State Park. Hill Road leads to a four-way stop with the Overlook Road; turn left here, go through the gate, and look for the trailhead parking lot at the spot where the road curves sharply to the right.