The AP “War Bulletins” section on the front page references German long-range artillery targeting the Dover area. The Germans installed a number of coastal defense batteries (originally intended for battleships) along the Dover Strait, featuring cannons ranging from 8.3-inch to the 16-inch “Adolf cannons” which at this point of the war were about to be shipped over from Poland. The Adolf Cannon could fire a 1,300-lb. long-range projectile named the “Adolf shell” that could hit targets 75 miles away (the strait is just over 20 miles at its narrowest point).

Sure, the “former Austrian sign painter” may impress the ladies with his 16-inch Adolf cannon and Adolf projectiles back at the Wolf Lair, but the Marines on Wake Island turned a Japanese invasion fleet into swiss cheese and sank a destroyer with six old 5-inch guns — and that was just in one day. By the end of the war, Nazi Germany’s network of massive coastal defense guns only sank two vessels. 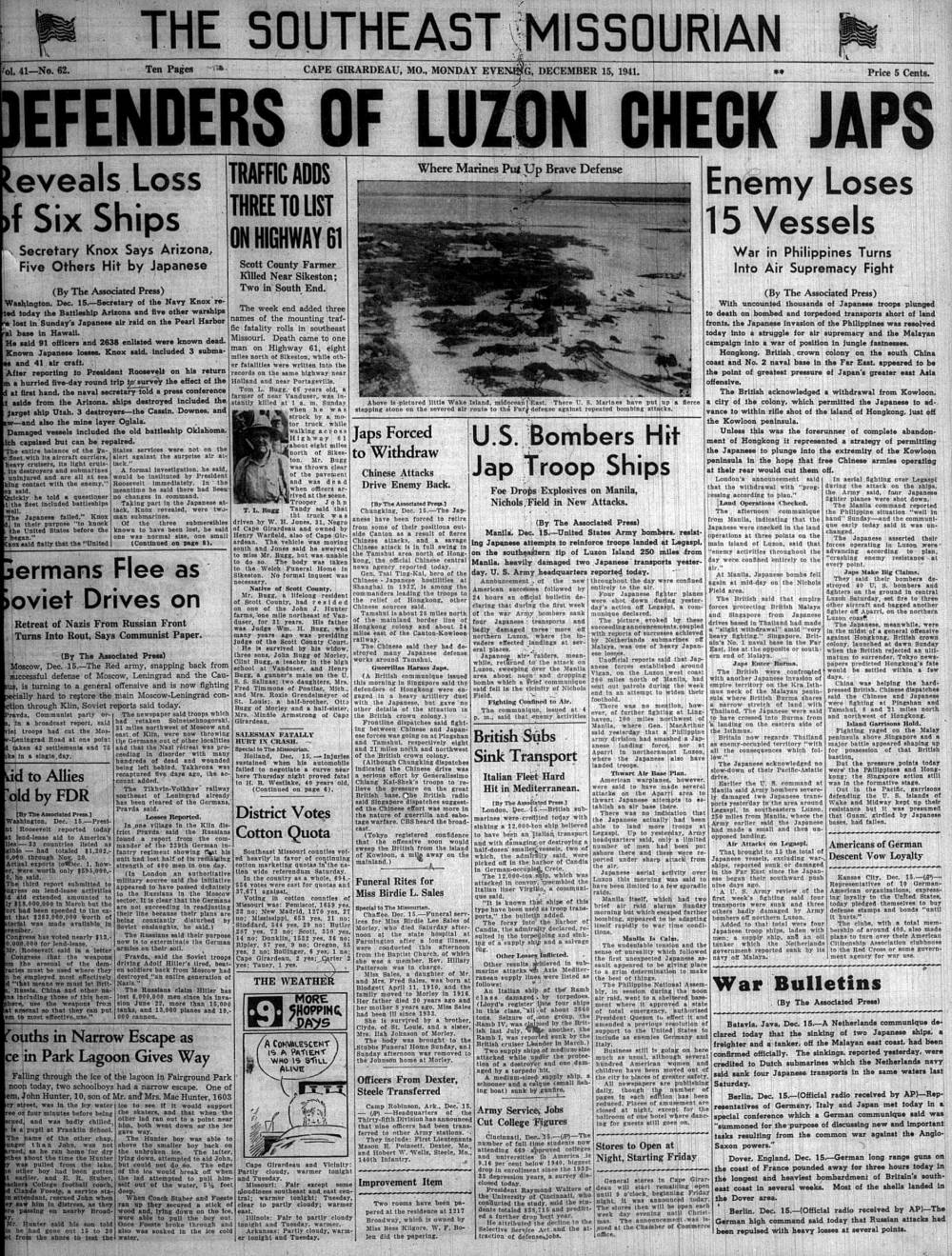 On page 2 of this edition (see below), Columbus Alexander “Alec” Wills served in Col. William Jeffers’ 8th Missouri Cavalry, which the Mexican-American War veteran raised in the fall of 1862 and recruited heavily from Cape Girardeau County. They rode with Confederate Generals John Marmaduke and Sterling Price, participating in battles across Missouri and Arkansas. As the article states, Wills lived his entire life on the family farm in Oak Ridge, Mo. excepting his time in Confederate service. He lived to be 95 years old. 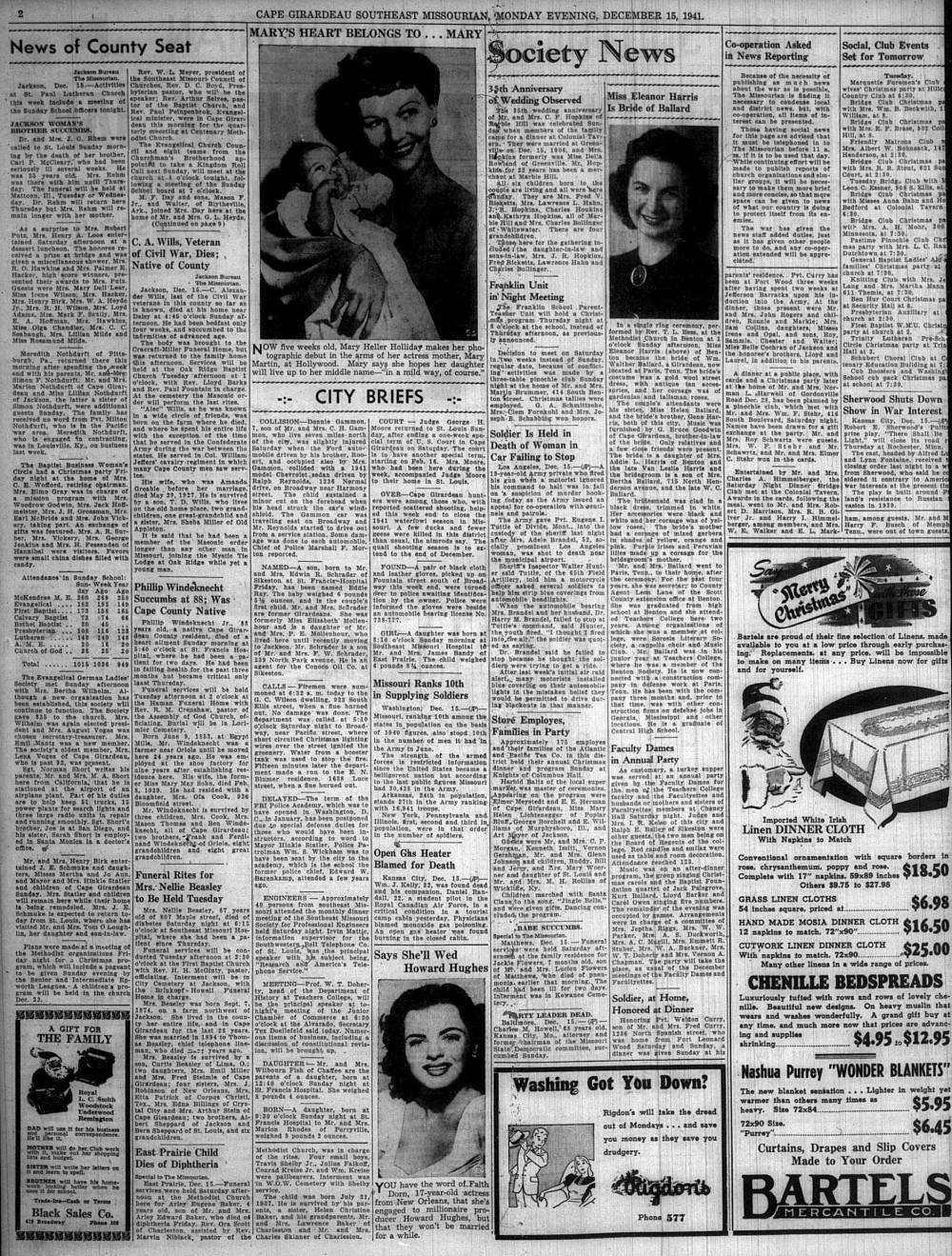