67 years ago: Poplar Bluff native earns the Medal of Honor 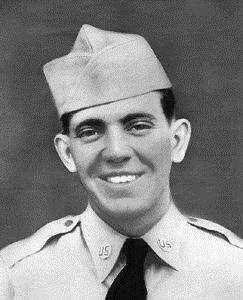 On this day in 1951 in North Korea's "Iron Triangle," the 35th Infantry Regiment's "I" Company fell under enemy attack by a numerically superior communist force. A 20-year-old Poplar Bluff native named Billie G. Kanell watches an enemy grenade land in his position. Rather than risk the lives of the two soldiers alongside him, Pvt. Kanell dives on the grenade, absorbing the deadly blast with his body and shielding his comrades. Grievously wounded, Kanell then spots another incoming grenade and rolls on top of it as well in an incredible display of heroism - giving his life so that others can live.

Originally awarded the Distinguished Service Cross, the award is later upgraded to the Medal of Honor - the nation's highest award for combat valor. He is interred at Fairdealing Cemetery in Ripley County. His full Medal of Honor citation can be viewed here.