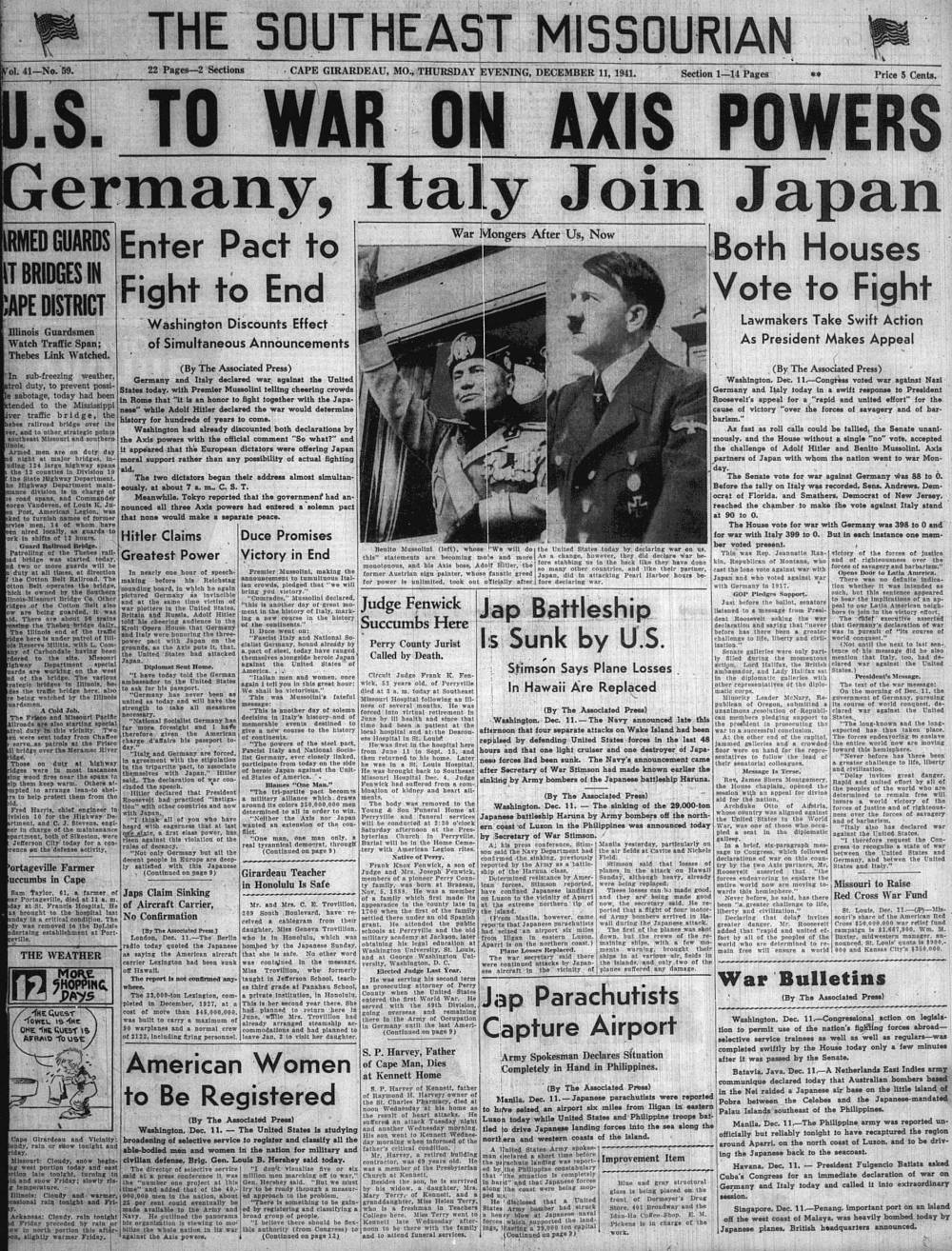 Secretary of War Henry L. Stimson "confirmed" that B-17 bombers sunk the battleship Haruna off Luzon Island, however no battleships were assigned to that particular fleet and Haruna was nowhere near the area. Chalk this up to the fog of war. Three B-17 Flying Fortress bombers of the 14th Bomb Squadron, 19th Bomb Group spotted the Japanese invasion fleet landing troops on the north of Luzon Island, and Capt. Colin P. Kelly, Jr.'s B-17 dropped their bombs on the largest ship (which they thought was Haruna but in fact was the heavy cruiser Ashigara). The crew believed that two of the three 600-lb. bombs hit the ship, and since they had no fighter cover and smoke obscured the target after their attack run, the B-17s headed back to base.

On the return leg, Japanese fighters targeted Kelly's bomber, killing the engineer and setting the rear of the fuselage on fire. Kelly held the crippled bomber steady while his crew bailed out, then facing Japanese pilots strafing the parachuting airmen. Kelly died when his B-17 crashed five miles away from Clark Field, but his actions saved the rest of his crew.