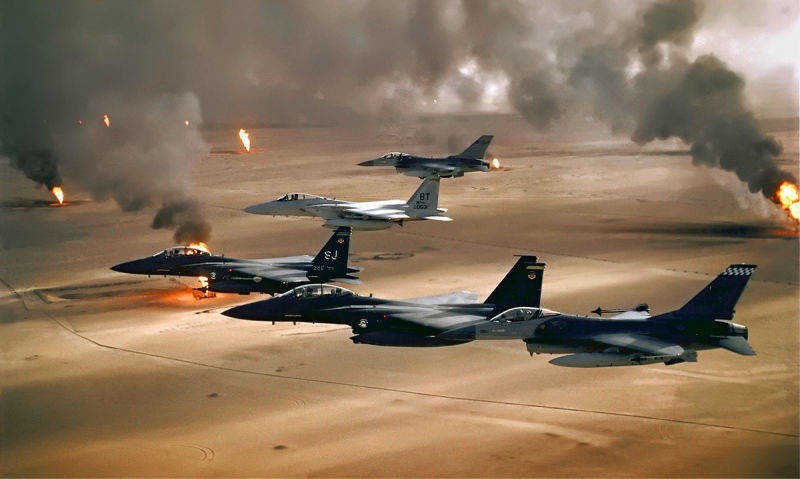 27 years ago today, a massive U.S. and coalition air campaign continues to pound Iraq's air force and air defense systems, expanding targets to include Saddam Hussein’s command and control infrastructure. Meanwhile, Iraq fires eight Soviet-built "Scud" ballistic missiles into Israel. Saddam intends to draw Israel into the campaign, which he hoped would split Arab nations from the coalition as they would be unlikely to fight alongside Israel. However, President George H.W. Bush convinces the Israelis not to enter the war and pledges to deploy American "Patriot" surface-to-air missiles to protect against further attacks.

Also on this date, the Battle of Cowpens takes place in South Carolina, and one of the worst nuclear disasters in U.S. military history occurs in the skies over Spain. Read more here: http://www.victoryinstitute.net/blogs/utb/2018/01/17/jan-17-in-u-s-military-history/

And after 50-plus years of service to the United States, President (former General) Dwight D. Eisenhower prepares to retire to private life as he gives his farewell address to the nation. The former top Allied general of World War II warns Americans of the rising "military-industrial complex", the fight against Communism, and also the threat of deficit spending. His speech can be viewed here: https://www.youtube.com/watch?v=OyBNmecVtdU