The Irony Of It All
Brad Hollerbach
Brad Hollerbach is the Director of Information Technology for the Southeast Missourian. His opinions are his own and do not reflect those of the newspaper or its editorial board. He writes this blog primarily for his own amusement and to parody the absurdities of the world we live in. He lives with his wife and two cats that don't really care for one another in Cape.
Recent posts
Archives 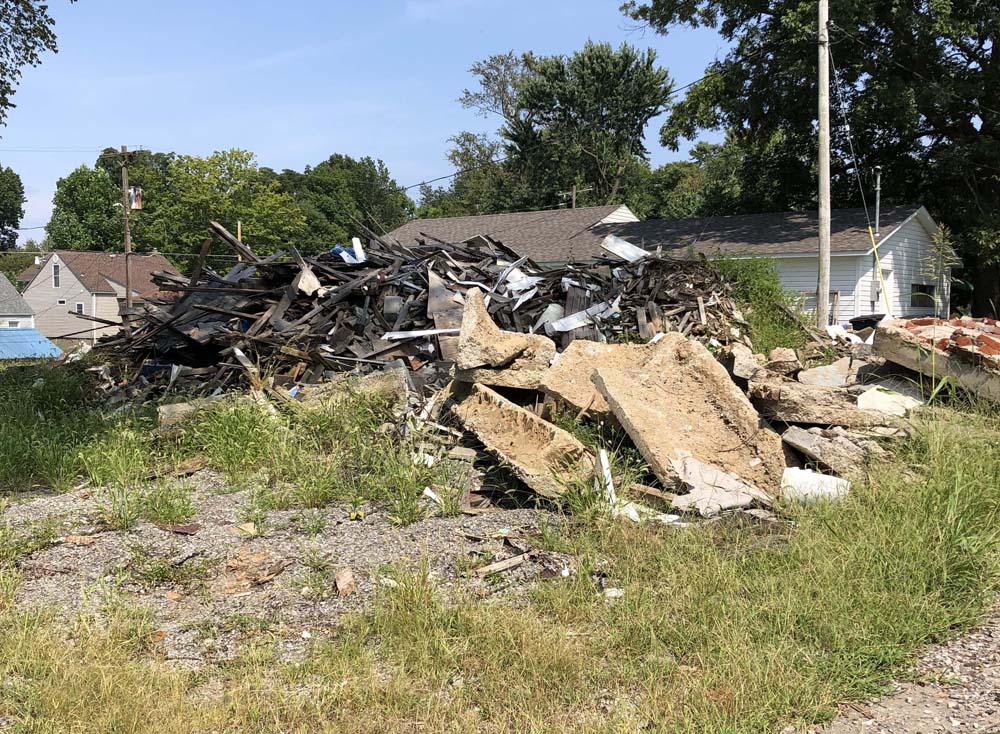 This spring the long-time and rather dilapidated dog grooming business at the corner of Bloomfield Road and Koch Street in south Cape was demolished. This was done presumably by the owner of the former A-1 Dog Grooming, but I’m not really sure.

What is for certain is that rather than hauling off the debris, it has been heaped up into a towering pile of splintered building materials and chunks of broken concrete for months.

Now some folks might assume this is a dereliction of the city since there is Ordinance 22-91 that says an owner is required to keep their property free of litter.

Cynical folks – glad I’m not one – might suggest that a mountain of trash like this would not have been left to languish for so long if it were mere blocks from elementary schools like Clippard or Alma Schrader rather than Jefferson. After all, so many people are always pity partying south Cape and the perception that it is high in crime. A massive garbage pile like this just contributes to the negative view of that side of town.

The powers that be in the city administration know this, so that’s why I believe this “eyesore” and “public health menace” and “rodent breeding ground” and “accident waiting to happen” are none of those.

The city just wouldn’t allow something like that to go on. After all, I know the Cape leadership is always trying to dream up ways to make south Cape better. Like having the school district build a multi-million dollar aquatic center by the Shawnee Parkway. Or rebuilding streets and sidewalks on the south side which either don’t need to be rebuilt or are rarely used, but sure look good.

That’s why this pile of rubble has to be intentional. It just can’t be an oversight.

Here’s what I think. I believe the City Fathers (and Mothers) are so happy with the sculptures scattered up and down Broadway that they are quietly developing something similar for south Cape.

The Bloomfield Road Art Trail I suspect it will be called and this pile -- nay “installation” -- is surely the first in a series of sculptures to beautify the 63703 zip code.

While this particular piece has not yet been officially named I have a few suggestions. According to Zillow.com the original three bedroom house at this address was built in 1955, so how about Midcentury Domicile Deconstructed? I also like Apocalypse: Here.

Or perhaps to honor the city’s French heritage, Tas de Merde Geant really captures the essence of this wonderful piece of artwork.