It's not often a full description of a house -- inside and out -- is published in the Southeast Missourian as its original owners take possession of it.

But that's exactly what happened in October 1921, when Dr. D.H. Hope moved his family into the newly constructed house in the 1100 block of Woodland Drive in Cape Girardeau. Adding to my amazement is the knowledge that the house was constructed in about half a year's time. 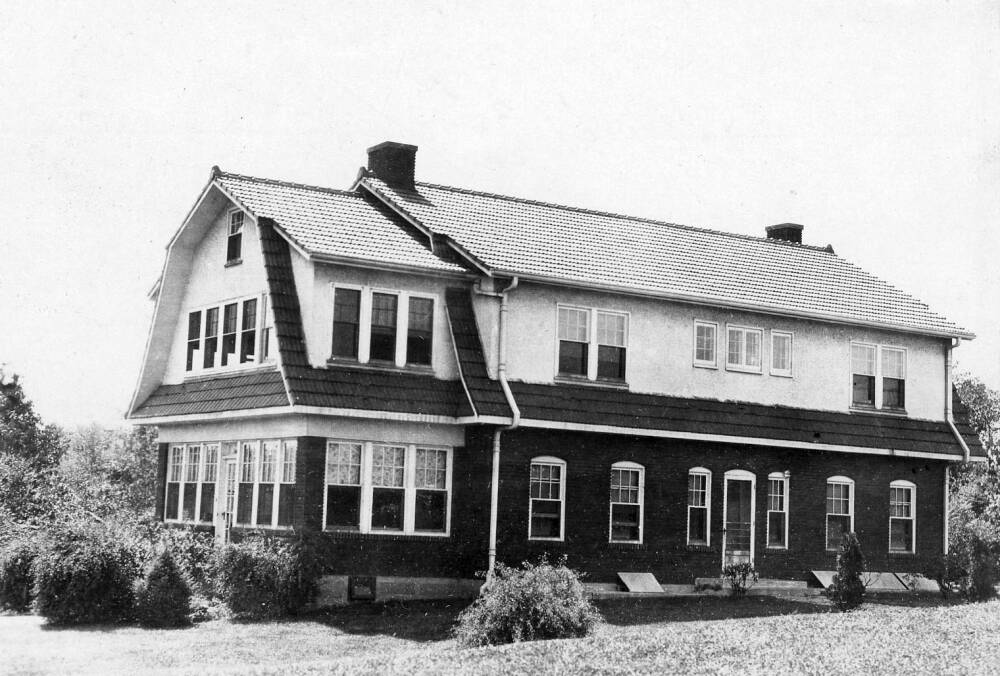 Published April 25, 1921, in the Southeast Missourian:

BOTH WILL OVERLOOK THE COLLEGE GROUNDS

S. Boutin, veteran contractor and builder, today started work on what is to be Cape Girardeau's finest residence, and tomorrow will start on another one that will rank among the best. Excavation work started for the new home of Harry Himmelberger, now a resident of Morehouse, (Missouri), but who will move here as soon as the house is completed. It will occupy an eminence on North Henderson Avenue, overlooking the State College.

Work will start tomorrow on a new home for Dr. D.H. Hope, to be located east of the L.R. Johnson home, which is north of the State College. Both houses will be of brick with tile roof and will be modern in every respect.

WILL SOON BE ONE OF CAPE'S SHOW PLACES

Dr. D.H. Hope and family have moved to their new home north of the State College and many who have been out to inspect it say it is one of the most beautiful residences in Cape Girardeau. It is located east of Henderson Avenue and is reached through a street just north of the reservoir. The house faces the north and the east line of the lot adjoins the State College property. The location is very high and has a wonderful view of the river and the district to the north and the east.

The house is of an old Dutch design, the first story is of red mat brick, the second story is stucco and the roof is red tile. A red tile belt runs around the building between the first and second stories and creates a fine effect.

The living room, which is east of the entrance, is said to be the largest in Cape Girardeau. It is 30 by 15 1/2 feet, has a fine fireplace and French doors on either side lead to a beautiful sun room which has a floor of red tile and also a fireplace.

The living room, hall, stairway and dining room are all done in red gum with circassian walnut finish. The floors are oak. The kitchen is particularly complete and attractive. It has a new kind of floor, much like cement but soft and resilient. The walls are of cement, finished smooth and very white. There are several closets and cabinets all built in. A commodious pantry and breakfast room is between the kitchen and dining room.

The second floor is divided into large sleeping rooms and is finished in white. The floors are of a fine quality of pine.

The lot is very large and will be susceptible to much embellishment. It is surrounded by forest trees and when the street is improved next year will be one of the show places of Cape Girardeau. Sam Boutin superintended the construction and it adds another home to the many magnificent ones he has built in this city. 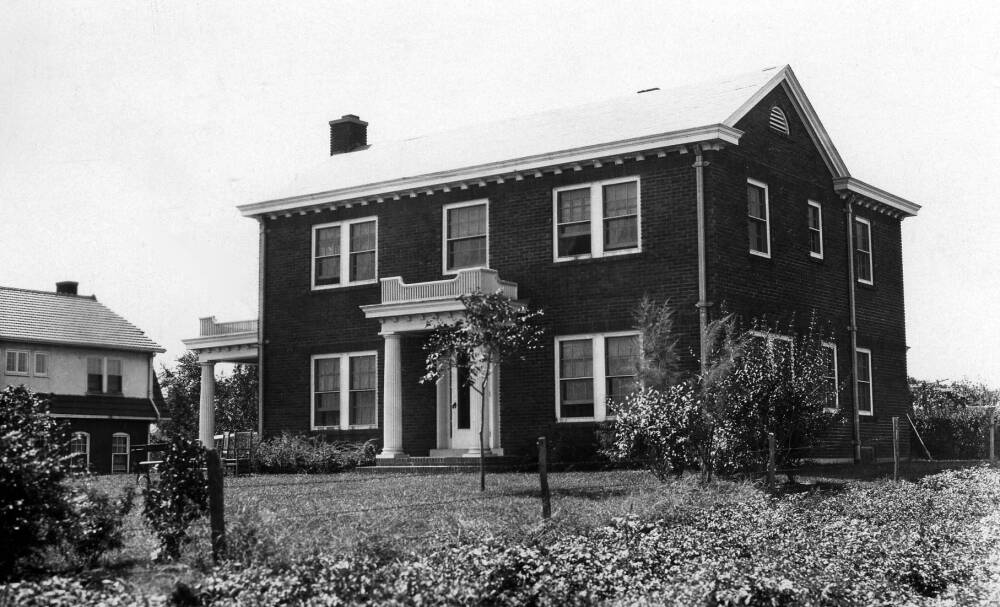 C.W. Boutin built his house in 1923. The Hope home can be seen in the background in this undated photograph. (Southeast Missourian archive)

Like many houses overlooking or adjoining what is now the Southeast Missouri State University campus, this house fell victim to the university's seemingly insatiable need for real estate.

Dr. Hope passed away in July 1940 while vacationing in Colorado. His widow, Margaret Anderson Hope, died in 1947, having sold the family home — Woodland, according to her obituary — the year before. Exactly who she sold to isn't stated, but by the mid-1950s the house was owned by the Joseph Quatmann Jr., family.

Quatmanns were living in the house when the college decided it needed the property to construct a new education-psychology building in the late 1960s. Considerable legal wrangling ensued over the compensation the family would be paid for the house and property when the college acquired them by condemnation.

Missourian files don't say exactly when the house was razed by the college, but an article published Jan. 31. 1969, stated, "The (Education and Psychology) Building is to be erected on Woodland Drive, where the college acquired several residences in the past few years. These have been razed to make way for the new structure."

The Education and Psychology Building opened in April 1971. It became the (Mark F. ) Scully Building in May 1975, named for the long-time college president after his retirement. Scully passed away in 2002 at the age of 92.