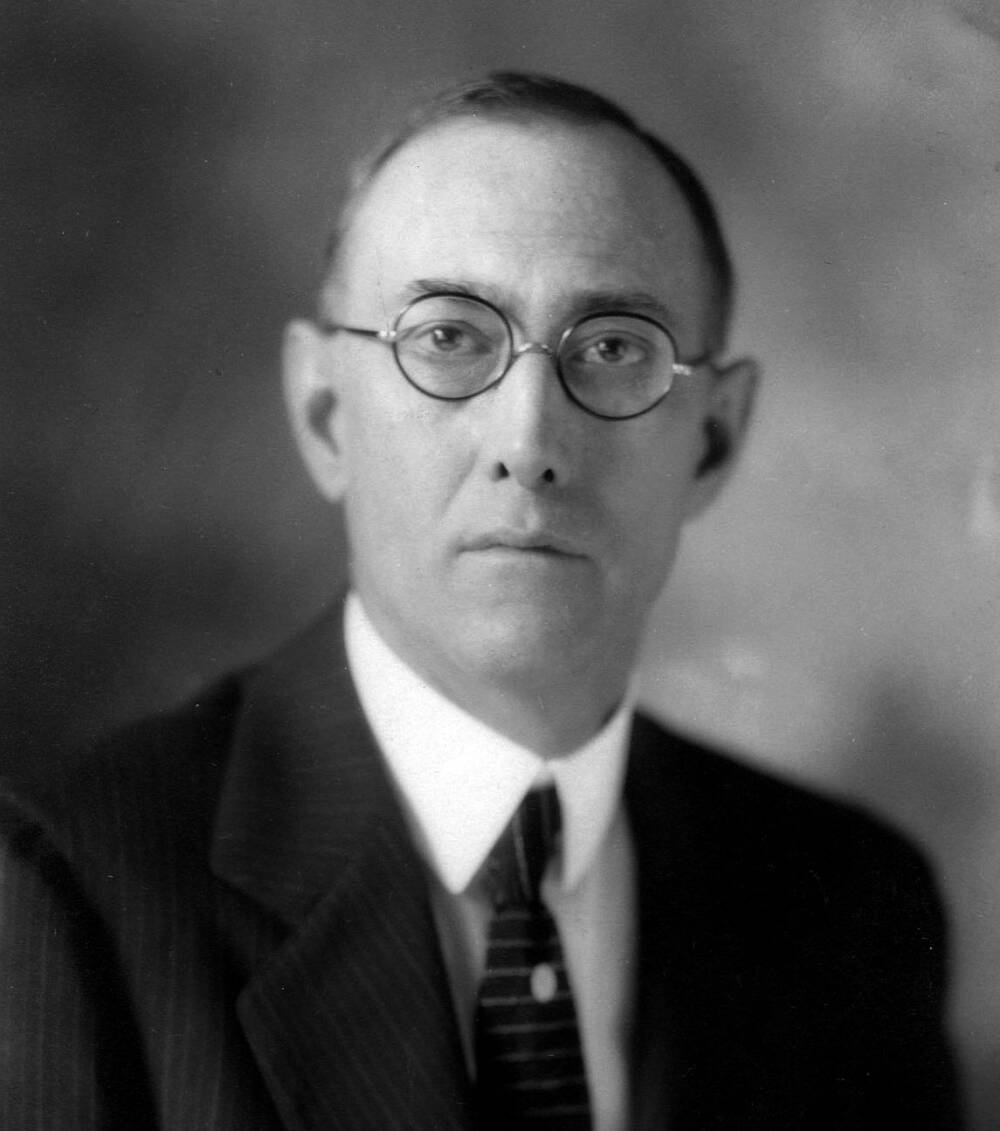 James A. Barks, an attorney acting as Cape Girardeau city counselor/city attorney 100 years ago, was a lucky, lucky fellow. Evidence of his good fortune was declared in November 1921, when he was named the mayor of Cape Girardeau.

The previous mayor, H.H. Haas, received word Aug. 25, 1921, that he had been confirmed by the U.S. Senate as the next postmaster of Cape Girardeau.

The happy news meant Haas would have to resign as mayor. As the Missourian observed in an article the day he was confirmed: "That Mayor Haas shall not take an active part in any (city) business while in the office of postmaster is required by law."

This led to some speculation in the pages of the newspaper as to whom would be appointed the next mayor by the two remaining city commissioners, Louis Wittmor and Dr. C.E. Schuchert. As Haas prepared to wrap up his duties as head of the city council in September, the Southeast Missourian spelled out what needed to happen: "The law provides that the commissioners must appoint a successor within 30 days (of Haas' resignation). It is said Commissioners Wittmor and Schuchert have discussed the matter, but have been unable to agree. The report is that they agreed upon one man, who formerly was president of the Chamber of Commerce (Charles L. Harrison), but he refused to accept owing to a press of personal business. Several other men have been considered, but up to this time no agreement has been reached. It is reported, however, that an appointment will be made Monday." (Southeast Missourian, Sept. 23, 1921)

That prediction may have been wishful thinking.

Haas resigned his municipal office at midnight, Sept. 24, 1921. A Missourian article that day hints at the trouble Wittmor and Schuchert were having agreeing on Haas' replacement: "It is said that Commissioners Schuchert and Wittmor have not agreed upon a successor for Haas. The law provides that they shall appoint a successor to serve out the unexpired term which ends next April. Several men have been considered, it is said, but the two have not made up their minds... Commissioner Wittmor has remarked, according to report, that there is no necessity of hurrying. He says Schuchert will be acting mayor and that it will be best to go slowly until the right man can be secured. Commissioner Schuchert has remarked that he will be mighty careful in agreeing upon a man for mayor, realizing that the position requires one who can give the necessary time and attention to the duties. It is said that the two commissioners are working harmoniously and will have no trouble agreeing upon a man as soon as the problem is sifted thoroughly."

That "sifting" took longer than anyone predicted. It wasn't until early November that Wittmor and Schuchert could agree on their lucky man: James A. Barks. Here are articles concerning Barks' appointment as mayor, a job he held nine years.

ARGUMENT OVER SALARY OF ACTING MAYOR BRINGS ON SELECTION.

CHARLES HARRISON SUGGESTED BUT HE HAD DECLINED THE JOB.

James A. Barks, city counselor, today was receiving congratulations for his appointment as mayor of Cape Girardeau late Monday, at a meeting of the city council. The oath of office will probably be administered at the next meeting of the council, on Saturday morning.

That Mr. Barks as mayor of the city will continue the progressive policy of construction work that was started by H.H. Haas, former mayor, was his intimation today to a reporter for The Missourian. Although he had no statement to make as to definite plans for his administration, it is expected that he will continue along the same lines.

The appointment of the city counselor as mayor came as a climax to a series of arguments between Commissioners Schuchert and Wittmor since H.H. Haas tendered his resignation the latter part of September. In several council meetings recently the question of who was acting mayor, or the question of an appointment, or the calling of a special election to choose a mayor was discussed.

At the conclusion of the meeting City Counselor Barks reported that he could find no section of the statutes covering the matter.

He said that the law only fixed the salary of mayor and commissioners and did not provide for a vacancy.

Dr. Schuchert declared that he should get the mayor's salary because he was acting mayor, that if the president should die the vice president would get his place and salary. He declared that it only needed good "horse sense" to see that.

"It needs only a little more horse sense to see that you don't get it," retorted Wittmor.

"Then we shall call an election and name a mayor," replied Schuchert.

"All right, that suits me," Wittmor answered.

"I will tell you what we will do; you name your men and let me name mine and if any is seconded we will elect him mayor," said Schuchert.

"I would be glad to second that, but he won't take it," laughed Dr. Schuchert.

"Barks is an officer of the city and is present," said Wittmor.

"Then I second the motion," declared Wittmor.

The roll was called and James A. Barks was duly declared mayor-elect.

The office of city counselor and city attorney now being vacant must be filled by appointment of the council. No names have been mentioned for the place, it was said.

HE'S TO BE NEXT MAYOR

He was appointed as city counselor to this city when the commission form of government was adopted and last spring was named city attorney also to combine two offices. Now, on Monday he was unexpectedly appointed mayor and without solicitation.

He is well known in this city, having graduated from the Teachers College in 1904. While teaching school several years, he came back here to go to school in the summer, staying with Henry Caruthers, formerly a law partner. Before coming to this city with his wife five years ago he was teaching school in St. Louis.

He said today that he didn't know whether it was luck or not, but he had never been out of a job. They're easy to get, he says.

James A. Barks passed away Feb. 10, 1936, in Jefferson City at the age of 56. At the time of his death he was the secretary of the National Association of Securities Commissioners. According to his obituary, published in the Missourian the day of his death, Barks "was confined to St. Mary's Hospital (in Jefferson City) from Oct. 19 to Dec. 29, suffering with anemia. While there he underwent 36 blood transfusions..."

The article reports that as Cape Girardeau mayor, "Barks was at the head of the city's government during the period of time when the town saw its greatest growth and development..

"His administrations, torn during the latter stages by a bitter utilities fight, was marked, however, by the most progressive measures. It was during his terms that the West End sewer system was built, miles of street paving (were) laid, two smaller sewer systems installed and the corporate limits of the city extended to include heavily populated suburbs.

"Aggressive in community improvement, Mr. Barks was credited with the modernization of the police department, of which he was the ex officio head. Meeting the demands of a growing city, he brought in a trained police official from a metropolitan department despite adverse criticism and during the months the officer was here encouraged him in training local men for traffic and other police duties...

"A foe of the whisky traffic, of gambling and other vice, the city was credited with his administrations with being as free of these vices as at any time in its history. He backed his police department to the end, cooperated with state and government agencies in law enforcement and took an active part in all endeavor for the city's betterment."

Barks was born Aug. 7, 1879, at Lixville, in Bollinger County, Missouri. He married Edna Kerth of St. Louis County on Sept. 21, 1915. She survived him, along with two daughters, Norma and Ruby; a brother and a sister. Barks was laid to rest in Cape County Memorial Park Cemetery.