The friendly town of Marble Hill

In Stephen Robertson's eighth article in his series featuring local towns, he visited Marble Hill in July 1971. He followed that up a couple months later by producing a feature on Marble Hill's resident sculptor, Tom Runnels. Fred Lynch did a blog using that article in 2015.

The latter provides an interesting look at the artist. One of the quotes that caught my eye was this: "If someone gave me a truck load of $20 bills I'd take it. If they got to bothering me, I could always get rid of them. I don't want to be a rich man -- I do want to be a good sculptor." 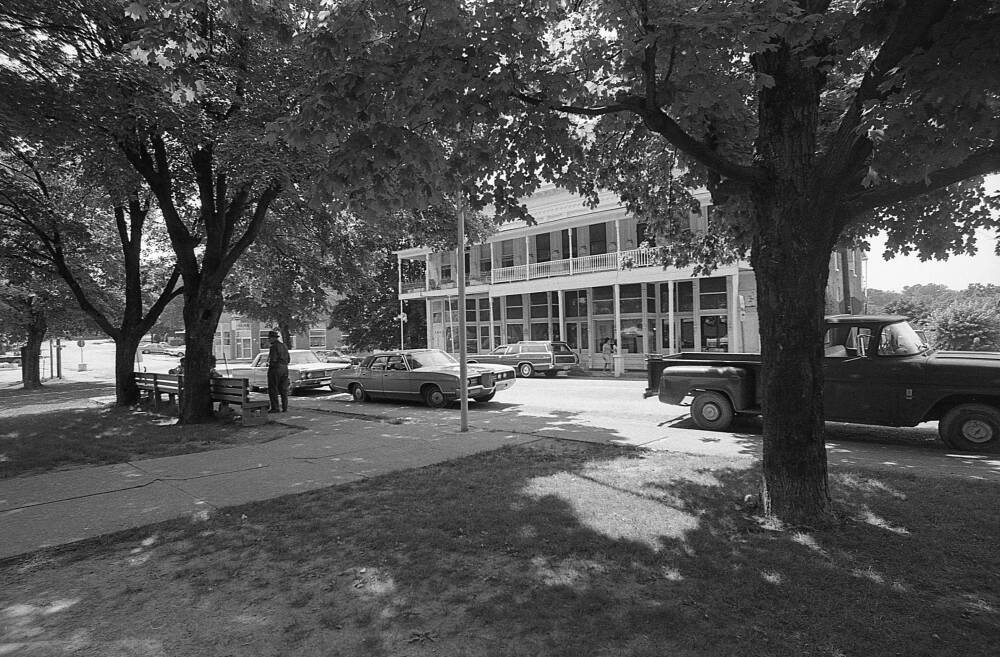 By STEPHEN ROBERTSON
(Eighth in a series.)

Marble Hill has the following specifications: located in Bollinger County 25 miles west of Cape Girardeau; 1970 population of 596 -- an increase of 99; supported by timber and farming industries; home of several businesses and four churches. And that would be just about all were it not for the fact Marble Hill is also the home of many interesting, friendly people.

The community sits on the top of a hill on the east side of Crooked Creek which separates it from its neighbor, Lutesville, Missouri. Marble Hill was incorporated during the Civil War and became known as "New California," probably because of the gold rush, says a local history buff. Later the name was changed to "Dallas," and still later "Marble Hill" was adopted because of the marble-like formations found in nearby cliffs.

The Will Mayfield College would be 100 years old in 1978 if it were still operating today. Two large and handsome buildings overlook the town. This was a Baptist junior college which offered 60-hour teacher's certificates to its graduates. It experienced financial difficulties and was forced to close in 1930. Today the grounds are partially used by the El Nathan Home Inc., a Christian organization involved in the care of the elderly. 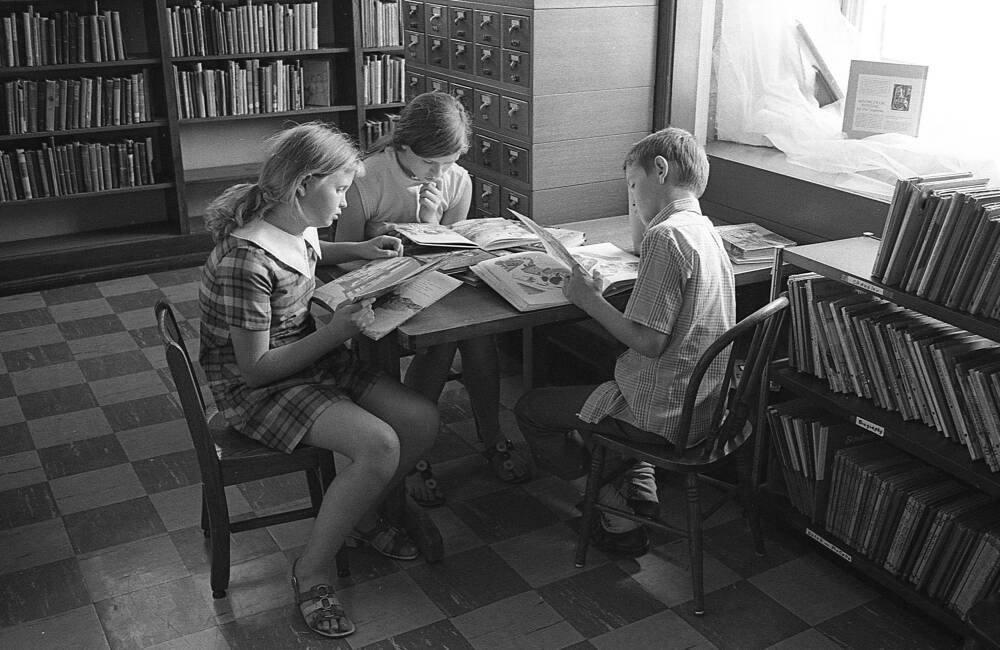 The three children of Mr. and Mrs. Charles Russell of Marble Hill make good use of the Bollinger County library. From the left are Rosalynn, Robby and Charles. (Stephen Robertson ~ Southeast Missourian archive)

Still under development is the new city park, being built on 30 acres of land donated to Lutesville and Marble Hill by Frank Pellegrino. The park will provide a lake and hopefully a swimming pool, which along with Teen Town, are still in the planning stage.

A shady courthouse square marks the center of Marble Hill. The stately courthouse grounds provide a bench for conversation and a grassy lawn where countless feet have worn a pleasant path to shorten the distance around the square. The newly-completed brick jail house stands nearby.

Active organizations in Marble Hill are the Junior Woman's Club, Rotary Club, Masonic Lodge, Eastern Star and the Marble Hill Study Club, which was responsible for organization of Bollinger County Library. Located in an attractive building near the Lutesville city limits, the library has about 40,000 volumes and regular story hours and puppet workshops for the children. 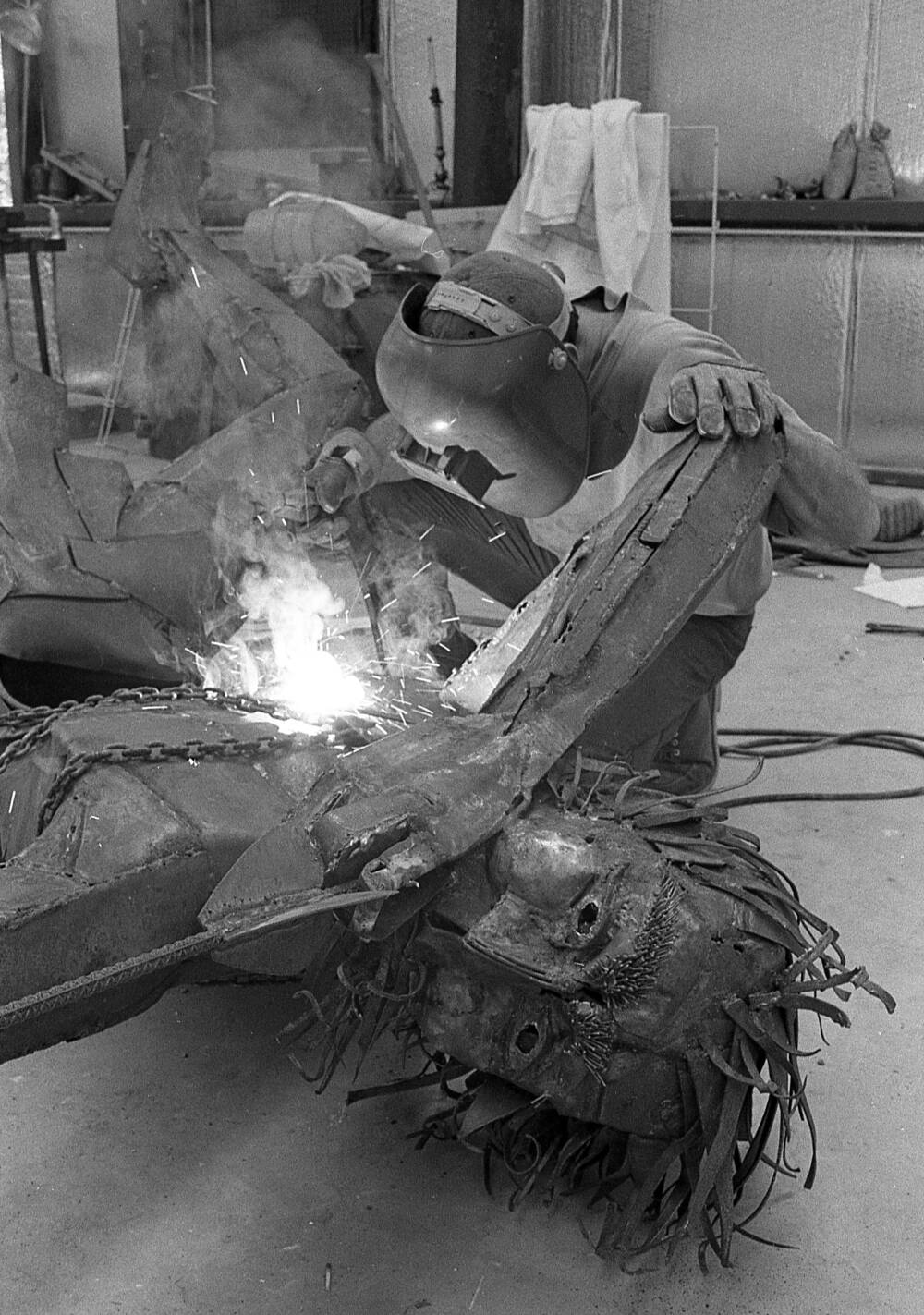 Artist Tom Runnels works on one of his sculptures at his studio near Marble Hill in 1971. (Stephen Robertson ~ Southeast Missourian archive)

A well-known sculptor, Tom Runnels, makes his home in Marble Hill. In his large steel workshop-studio he tediously shapes artistic pieces from scrap iron, reinforcing rod and his welder. His current project is a larger-than-life sculpture he calls "The Archer."

The timber industry has always been important in this area. Today, the Midwest Pallet Co. of Marble Hill is one of five such factories in Bollinger County. Its 30 workers are all local people, most recruited from Marble Hill. 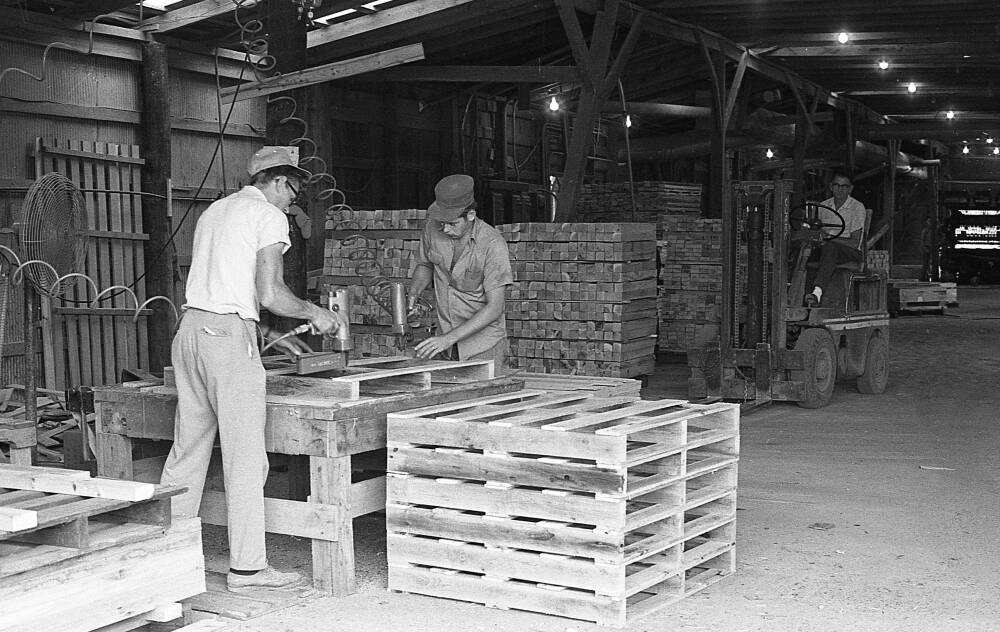 Workmen at the Midwest Pallet Co. are on the job. Bob Manney of Marble Hill and his nephew, Tony Manney of Lutesville, assemble the units with pneumatic staple guns while another worker operates a lift. (Stephen Robertson ~ Southeast Missourian archive)

Marble Hill's population grown, although small, is significant. It reflects a trend which should, according to Phillip Stryker, area extension agronomist, continue in the future. In an article in The Missourian, Feb. 28, 1970, he said the outlook for agriculture in Bollinger County is good. The migration of youths to the city will reverse in the 1970s because of the increasing demand for beef products. He believes more young people will be interested in staying in the agricultural communities, such as Marble Hill, to meet this demand -- a situation which this community enjoys. 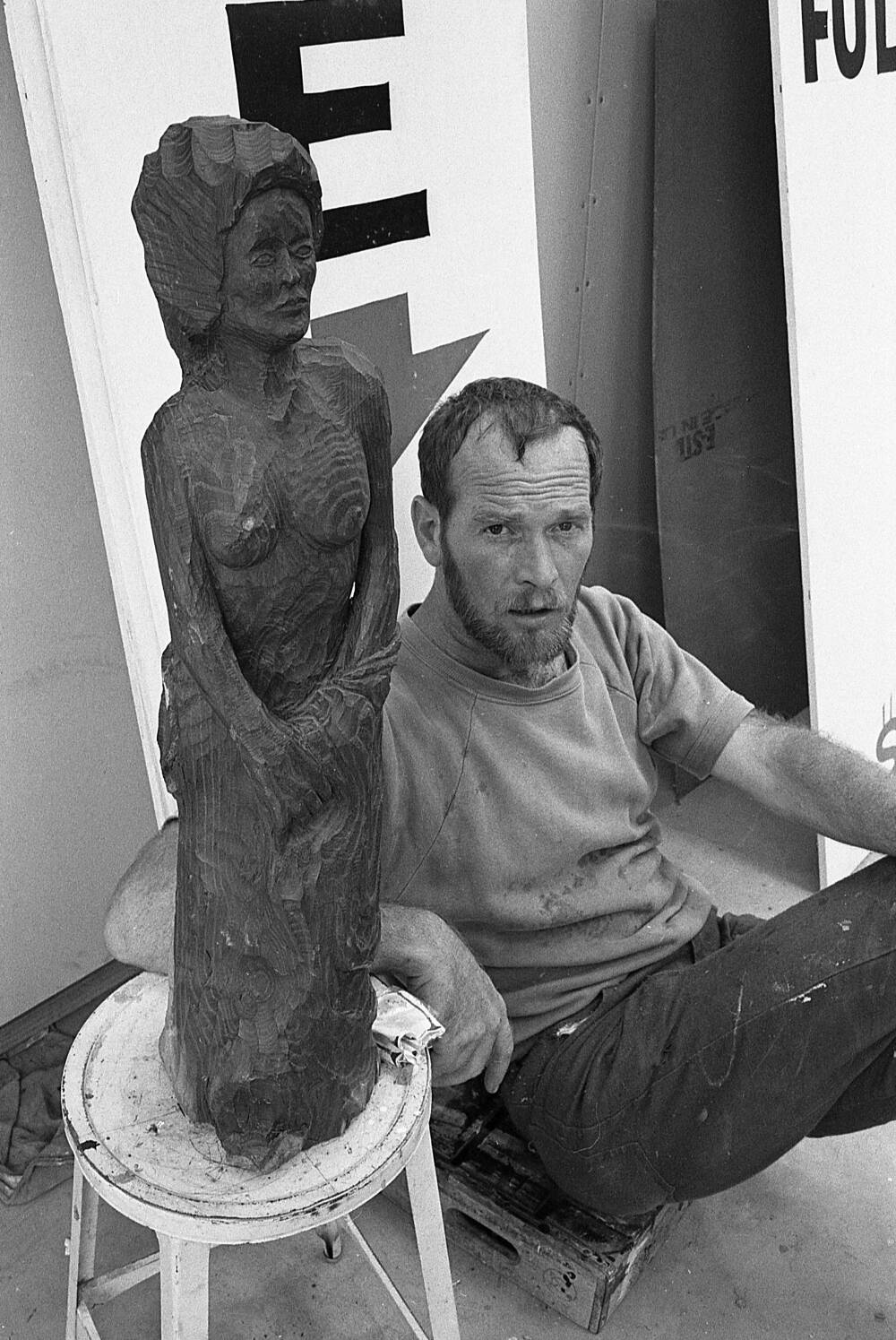