From the archive: Mom Sheppard's world

In the early 1970s, the Southeast Missourian began publishing a feature series about area women. This one profiles the life Myrtle Branson Sheppard, a longtime area civic leader and educator. The articles were all published under the same title: "A woman's world."

Published March 4, 1971, in the Southeast Missourian: 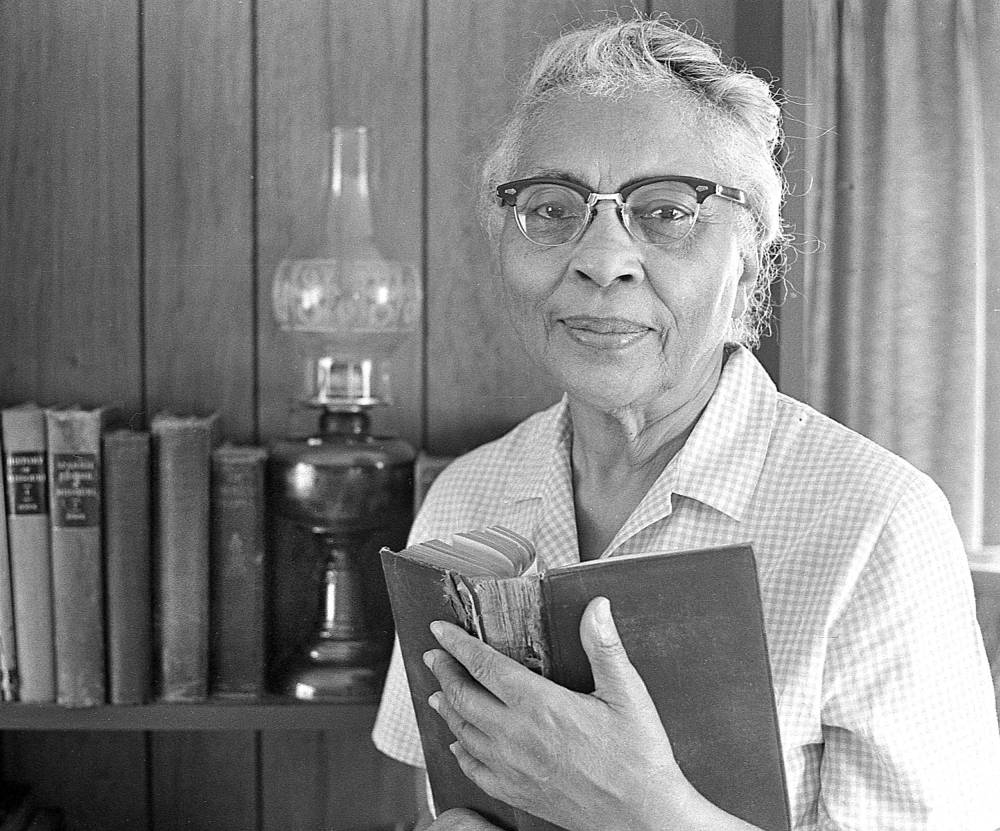 Mrs. Myrtle Bronson Sheppard: "There isn't as much love today, and that is the most unfortunate thing that could happen to this generation." (Southeast Missourian archive)

Mrs. Myrtle Bronson Sheppard, 220 N. Sprigg, says "I'm a Southeast Missouri gal" with the pride typical of one of the state's natives.

Her first school was "a typical one-room schoolhouse," she fondly recalls, "with a big bell on a post in the front yard."

Although physical education classes were not a part of the daily class schedules, Mrs. Sheppard said she and her pupils converged, en masse, to do calisthenics in the school yard.

"Sometimes I'd cook a big pot of soup at home, and the boys would come and carry it to school. Perhaps it was nothing more than backbone and biscuits, but the children were glad to have it. I'd heat the soup for those who had the longest to walk; it made me feel I'd helped steel them against the cold," she said.

"But I didn't feel we were poverty stricken or so poor we had to feel sorry for ourselves," she said emphatically. "We got a lot of fun out of schoolwork together, and the parents and teachers worked so well together that the teacher was almost a member of the family.

"You know, I think much of the lack of interest on a child's part today, in education or whatever, is because parents GIVE children too much. Many children don't know what NEED is. There must be a need before starting out to do things -- a need for food produced great hunters in early America, for example," she said.

A winter as a teacher at the Industrial School for Girls at Tipton, Missouri, "taught me many things," Mrs. Sheppard said.

"There isn't much love today," she continued. "I think young people have learned to associate love with sex. This is the most unfortunate thing that could happen to this generation. What about old people or families or friends who thrive on an affectionate, brotherly sort of love?" she asked.

She enrolled in nurses training at City Hospital in St. Louis, and worked as an undergraduate nurse at People's Private Hospital there. She did not complete her training "because I wanted to back to country school teaching."

Mrs. Sheppard was also the only "Black" woman ever given a promotion by vote of the Missouri House of Representatives. She worked as a bill clerk for the Legislature, and was voted, by vote of the House, to assistant chief bill clerk.

During World War II, she became the only (Black) woman in post schools at Hill Field, Ogden, Utah, to qualify as an inspector of small parts for airplanes.

She has weathered the years with dignity and a "young" outlook on today's state of affairs. And while Mrs. Sheppard devoted many years helping evolve constrictive change, "Mostly I just want to help people."

Myrtle Bronson Sheppard was born April 1, 1891, in New Madrid, the daughter of William and Eva Bronson.

She taught school 18 years, including at Needmore, Hermondale and Steele in Pemiscot County, at John S. Cobb Scho0l in Cape Girardeau and at the Industrial School for Girls in Tipton.

"The family lived on a small farm in the Gravel Hill-Bufordville community. When Mr. Sheppard's health failed, the couple moved to San Francisco, the home of their son. Mr. Sheppard died in 1961, and Mrs. Sheppard returned to Cape Girardeau shortly after that."

"Mom Sheppard" was survived by a stepson, John Wesley Sheppard of San Francisco.