From the archive: Nash wrote the book on L. Lorimier, literally

And for a large chunk of the time I've known this remarkable woman, she's been researching Cape Girardeau's founder, Louis Lorimier. Her promise: "One day, I'm going to write a book about Lorimier."

Linda is a woman of her word. In the fall of 2012, “The Journals of Pierre Louis de Lorimier” was published, 200 years after Lorimier's death. 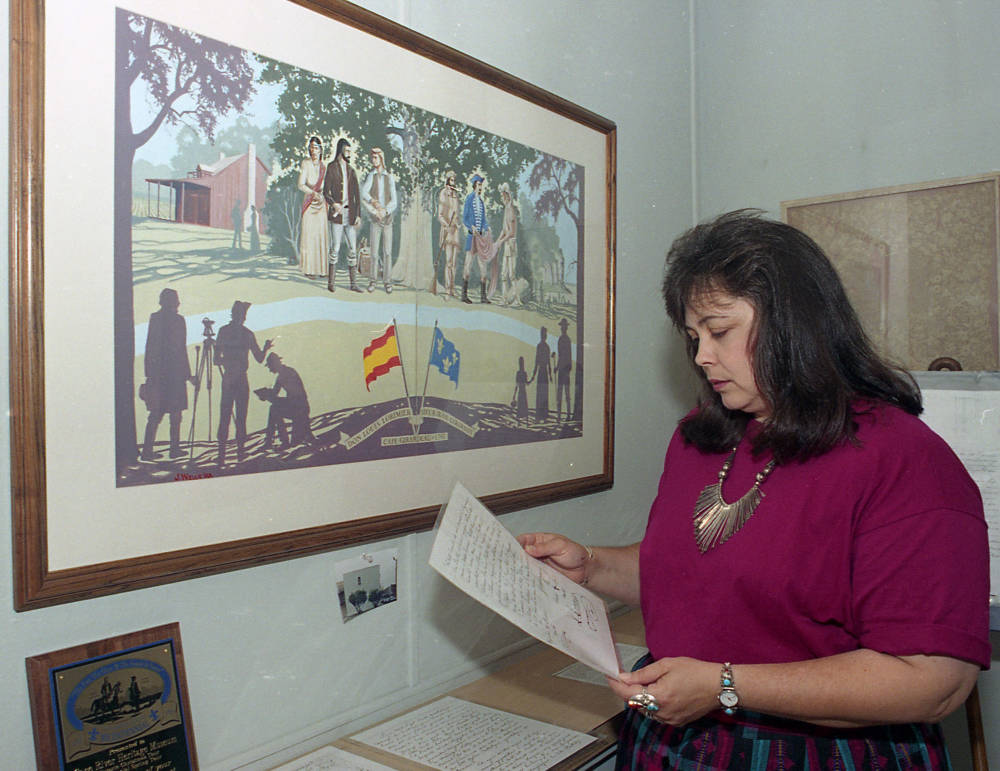 LOOKING FOR CLUES IN THE SEARCH FOR LOUIS LORIMIER

Linda Nash is a miner. With tools of patience and ingenuity, she chips away at the walls erected by time. Instead of precious metal, it's knowledge she seeks.

Mining for information about Louis Lorimier, an 18th century pioneer who is best recognized locally as the founder of Cape Girardeau, Nash follows many leads. Some point to more meaningful elements than others.

"You start by reading everything you can find that's been published" about the subject, she explained. "Then you start trying to find where they got their information. You end up with bits and pieces."

Nash, whose quest to learn more about Lorimier began about a decade ago, hopes a research-oriented trip to Louisiana this week will prove fruitful. "Who knows what I'll find," she said, smiling in anticipation.

"I'm hoping it's a gold mine," she added, conceding, "It may have already been worked."

The history teacher, who resides in Jackson, does not point to one specific occurrence that sparked her interest in Lorimier. Her earliest memories of any knowledge of Lorimier were formed during classroom time as a student at the grade school in downtown Cape Girardeau that carried the name of the city's founder. 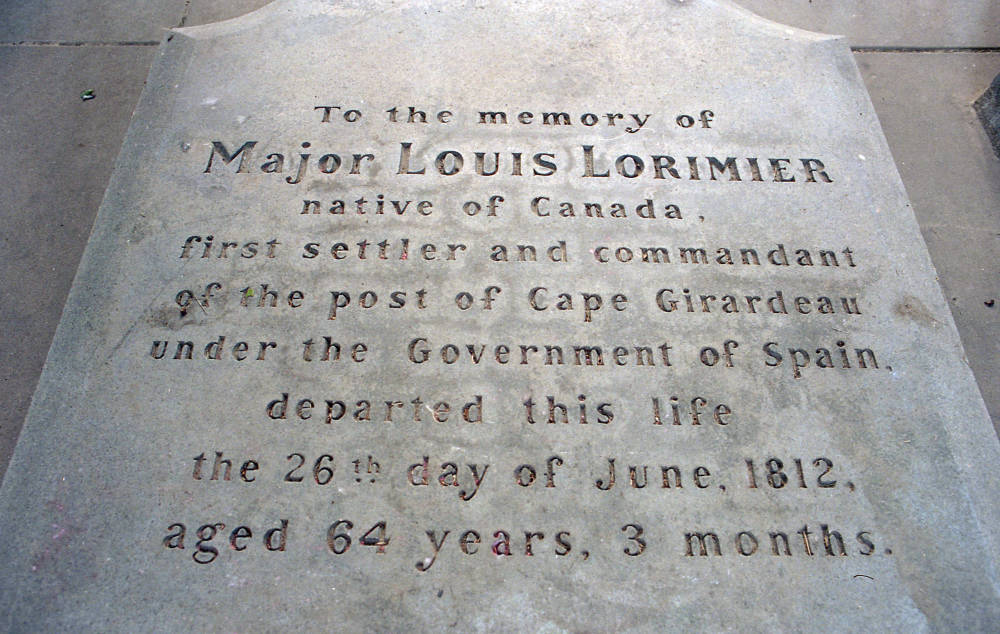 Nash went on to study at Southeast Missouri State University. As a teacher of Missouri history and American history, there is plenty of opportunity for classroom integration of the knowledge she's gained in independent study. She's seen young faces shine with interest sparked by information she has diligently unearthed.

"I'm interested in the period that Spain controlled this area," Nash said, reflecting on the development of her interest in Lorimier. "The more I read on the Spanish period, the more I began to realize the Indian policy of the Spanish was really important, and Lorimier was so deeply involved in that."

In "Cape Girardeau: Biography of a City," authors F.E. Snider and E.A. Collins write that Lorimier was established in the Indian trade in the Ste. Genevieve District by 1787. "Sometime prior to 1793, Lorimier and a few of his Indians moved to Cape Girardeau and set up an independent post," the book relates.

Nash contends that one of the greatest misconceptions about Lorimier is the view "that he was just of local importance," and that his sole claim to fame was founding Cape Girardeau. In reality, she said, "He's probably one of the least known pivotal figures in the Spanish period in the Upper Mississippi Valley."

After her interest was piqued, further investigation showed there was no serious research on Lorimier, she said.

"There was so much that I didn't know that I wanted to find out ... One thing kind of led to another," Nash said.

Faced with a challenge, her natural curiosity took over. The desire to know more about the powerful man about which there is little formally recorded is both a vocation and avocation, Nash said. With a smile, she called the project "my magnificent obsession."

"I really would like to know as much as possible. The more I find out, the more fascinating it becomes. Also, this is one of the situations where the information is probably there, if it can be mined, dug out, pulled out, or whatever, but it has to be unearthed. To most people, it is not available. It would be nice to make it available."

Toward that end, Nash speculates that a biography of Lorimier will likely be a "by-product" of her research. However, such an eventuality is likely years down the road. She speculates another 10 to 15 years of research lies before her.

"I'm not going to use something unless I can document it," Nash explained. "There's been a lot that's been written in books that is accepted, but that just isn't true."
For example, she notes that four differing descriptions of Lorimier have been published. "I don't want to do it (a book) until I can come up with the information that is accurate and sufficient to do it."

But Nash is not alone in her project. It's a family affair. Her husband, Philip Nash, will likely help write the book, she said. Plus, he helps document her research with photographs. The Nash's young son, Gabe, who just finished the fourth grade, also gets in on the act.

"They're very supportive," Linda Nash said. "My husband and son are very interested in it."

Pausing in reflection of family and friends, she noted with a chuckle, "Some of them think I'm a little weird to be as interested as I am in this."

Nash focuses on more than the who, what and when of the past. Understanding history requires much broader vision, she maintains. Emotions, motivations and the perspectives of the times are just as important as outcome and fact. "The more pieces you get in place, the clearer your image is of how it was," Nash said.

Through studying Lorimier, Nash said, she has gained even greater awareness that history is not black and white. For instance, she noted, during the American Revolution, Lorimier, then in Ohio, was allied with the British. "There have been a few things I've found out that I didn't particularly like," she said, noting, "I think I'm developing my objectivity."

"He was fighting, along with the Indians, to protect the things they did have," she said.

Lorimier's close relationship with Indians is a common thread throughout his life. He married women of Indian descent and worked closely with Indians in the trek that eventually brought him to the area that would become Cape Girardeau. 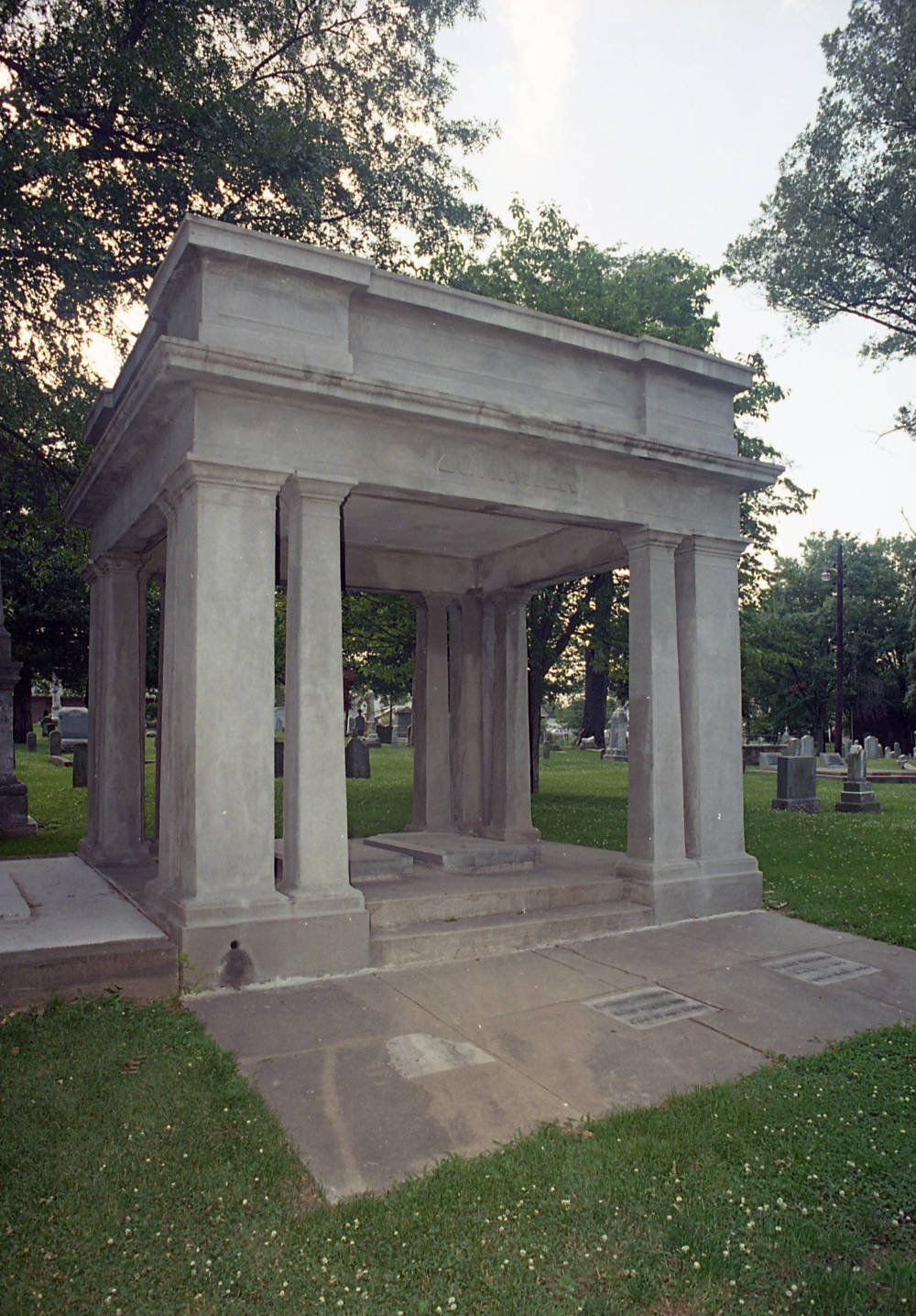 The Lorimier pagoda at Old Lorimier Cemetery in Cape Girardeau shelters the graves of Louis Lorimier and his wife, Charlotte, while other family members' graves surround the structure. (Fred Lynch ~ Southeast Missourian archive)

Lorimier served as an Indian agent for the British, the Spanish and the Americans, she explained.

"I think the Indians, as a whole, considered him as their advocate," she said. Likewise, he was held in high regard by his fellow commandants and the Spanish government in general. "He was not book smart, not educated, but he was an extremely intelligent man."

It is believed in some quarters that Lorimier could not read nor write. However, he apparently compiled two journals. They may have been written by his secretary.

"The first one has not been published," Nash said. "I have it and have it translated." The journal is housed in the Spanish Archives in Seville.

Many of the documents and records regarding Lorimier are in Spain or Canada, making accessibility a obstacle. The difficulty involved in obtaining information, Nash believes, is a primary reason more is not known of the man.

"There are gaps, but they're narrowing a little," Nash said.

"The whole thing is like a puzzle, with the vast majority of the pieces missing. When one piece surfaces, you think, 'Wow, this is really neat because I'm seeing it more clearly than I was before.'"

"I just wish he could have written and left more of a paper trail," Nash said. "It's like trying to track in the woods, the trail is there, but it's faint."

Check back in this space Thursday for "Bonus blog: The other Jeff Hutson-Willie Willeford connection."