From the archive: Taking care of business with the Johns family 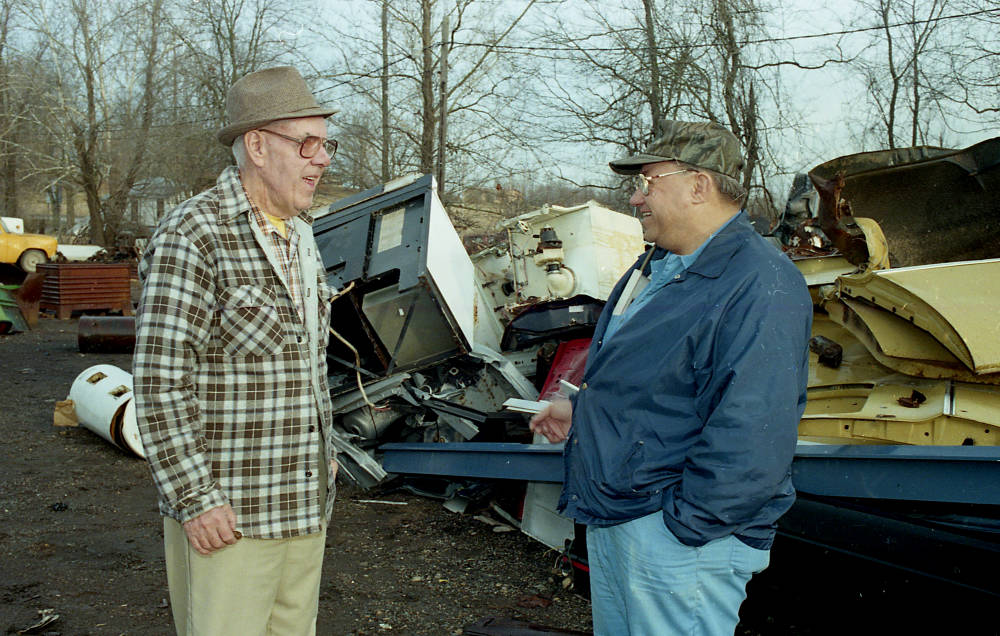 By BILL HEITLAND
Southeast Missourian
Cleo Johns Sr. is no magician. But he knows how to turn an ounce of scrap metal into a ton of money.

He learned that trick from his grandfather, who, some 68 years ago, started the salvage yard that is now shared by a trio of trustees, all of whom go by the name Cleo.

"My grandfather and father taught me that if you start with an ounce of metal and keep collecting until you get a ton, you can make money," Johns said. "I saw as a kid how picking up 40 to 50 nails could be the start of making money for myself. I never forgot that."

In just two years Cleo Johns was able to save up enough money to buy himself a new 1957 Corvette for his 18th birthday. It was Cleo Johns' second car and the first Corvette sold in Cape Girardeau by Rueseler Chevrolet.

"I wanted to drive the Corvette to school to show people who didn't want me in their clubs what I was doing in my spare time," Johns said. "Not many kids my age could afford to buy themselves a Corvette convertible for their birthday."

His father, who is also named Cleo, still works at the Johns Metal-Iron and Salvage Yard at 1110 S. Kingshighway. The eldest Cleo dealt with scrap iron, rags and bones. "That was in the 1940s and '50s," he said. The bones were crushed and used for medicinal purposes.

Now Cleo Sr. sells used-car parts and turns what is left into scrap metal for a tidy profit.

There is something similar and unique about every member of the Johns family.

"My father's name is Cleo, I'm Cleo and one of my sons is Cleo Jr.," Johns, 57, said. "What we all seem to have in common is that we like to work for ourselves and on our own terms." 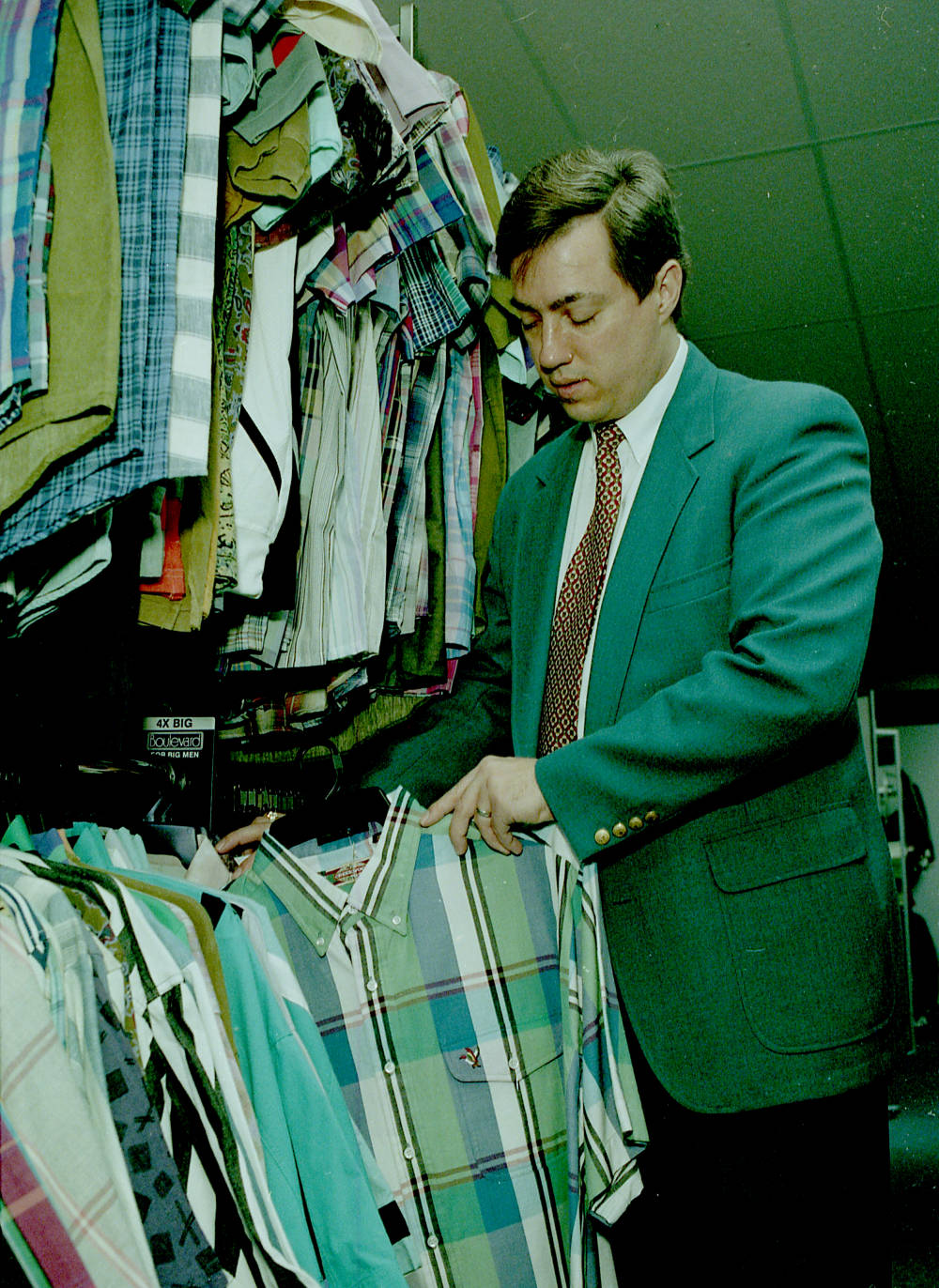 Curt Johns, who is Cleo Junior's twin brother, shares something that seems to run in the family: a knack for turning an idea into a living.

"My twin brother and I kept up the family tradition," Curt said. "Cleo got into the car business and I got into the rag business," quipped Curt, who has owned the Guys Big And Tall clothing store in Cape Girardeau since 1981. Cleo Johns Jr. owns Show Me Motors, which is next to the Johns Metal-Iron and Salvage Yard.

"Neither one of my sons showed much interest in getting into the salvage business," Cleo Sr. said. They did, however, want to embark on a business of their own.

"I've always wanted to own my own clothing store," Curt said. He paid his dues by learning every facet of the business. Curt worked for the Andrew Jackson clothing store from 1976-79, spent a year at Roth's, then Sears, and then Anthony's Big and Tall store before going to college.

"I didn't learn in college what could help me become a success in this business," Curt said. "I had to learn everything by working at stores in the area."

He is now president of the Big and Tall Buyers Association of America, an organization that has 350 members. Appropriately enough, he had expanded his store from 1,600 to 2,400 square feet in 1990. He plans to expand it again this year. The biggest pair of pants? Size 80 with an 85-inch waist.

"Curt told me he was thinking about opening his own men's clothing store," Cleo Sr. said. "When he said he was going to make it a Big and Tall store, I said 'bingo.' That's something you can't find around here. You should be able to attract people from all over."

Although Curt didn't want to follow in his father's footsteps, he does admire his knowledge of cars. "There isn't much my dad doesn't know about cars," Curt said. 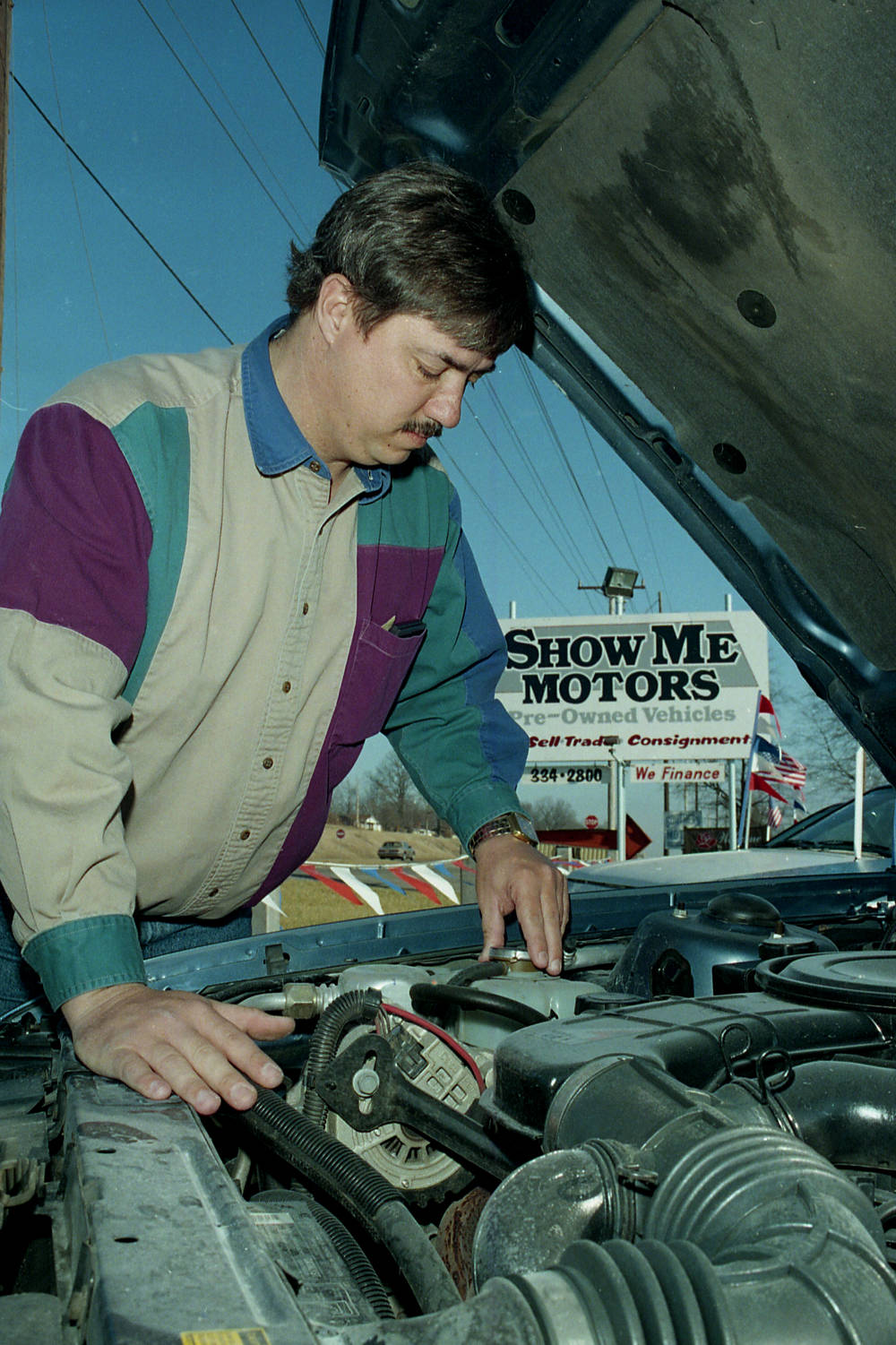 Cleo Jr. also has a keen eye for new and used cars. He began working for new car dealers in 1984. "My best day selling new cars was with AutoRama," Cleo Jr. said. "I sold eight in one day."

He decided to go into business for himself in 1988. "It was the best decision I've made," Cleo Jr. said. "I felt like I needed to get out on my own. It's a tough business, but each day is different."

A customer asked Cleo Sr. if he had a grill for a 1975 Nissan pickup truck. "You would probably have better luck finding a bar of gold in the street," he said. "He'd probably have to go as far as Chicago to get that."

Cleo Sr. managed to turn a demolished Toyota into a quick profit. "The car was bashed in on one side and the body was in pretty bad shape," he said. "But the engine wasn't even touched." Cleo Johns Sr. was able to buy the car for $100. He called Cape Girardeau Toyota and asked if there was any interest in buying the engine back. "They said they just tuned it up before the car was in an accident and were very interested," he said. "I sold it to them for $400."

Cleo Johns Jr. was willing to give his father commission on a sale he helped him make. "He calls $1,000 commission a home run and $25 commission a quarter," Cleo Sr. said. "He told me since I helped him sell a car he would pay a quarter for steaks. I had a nice steak dinner that night."

Cleo Sr. isn't likely to join his son's business, however. "If I had a million bucks I never would have gotten into this business," he said.

"But now that I've been in it for a while, I realize I wouldn't take a million to get out of it. Once it gets in your blood, it's there for good."

Cleo Jr. said, "It's easier to lose money in this business than it is to make money. You're aware every day that only the strong survive, but that makes it all the more interesting."