From the archive: Line dancing in the Heartland 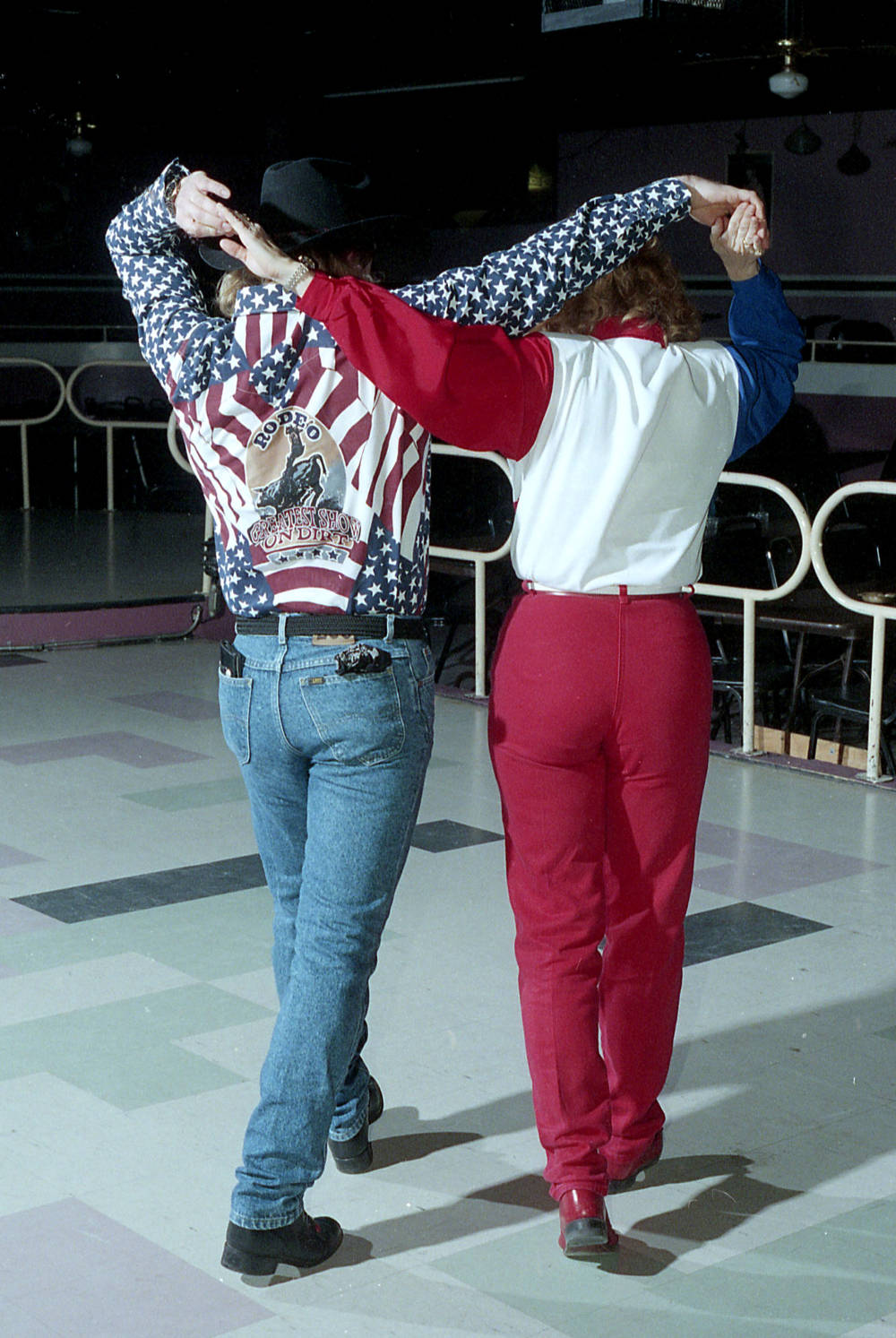 But Gertis says only one piece of attire is absolutely necessary -- slick-soled shoes, preferably comfortable boots. Line dancing isn't for the sneaker wearer, because participants have to slide smoothly over the lightly waxed floor.

Dancers don't need much more than the boots, except a desire for fun and friendship.

"It's fun, it's challenging, it's good exercise and you meet a lot of great, down-to-earth people from all walks of life," Gertis said. "And it's not like you'll come in and hear all Conway Twitty. We dance to some rock songs, too."

Maybe it's the diversity of the music and the line dances that attracts people of all ages and all professions. The craze began about 10 years ago, with Slap Leather and Tush Push. By the time popular tunes and dances like the "Boot Scootin' Boogie" and "Achy Breaky Heart" came along, the nation was hooked.

Gertis, 45, travels to dance workshops all over the country and said country line dancing isn't unique to the Heartland. There are clubs on the east and west coasts where choreographers develop special dances for their regions. Soon, Gertis will be at a workshop in Myrtle Beach, South Carolina, where she must try to pick up about 100 new dances.

She became interested in country-western dancing about five years ago, when she and her husband started taking lessons in Anna, Ill. After her divorce two years ago, Gertis didn't want to give it up. She switched to line dancing, which doesn't require a partner.

Now she is back couples dancing again with partner Ed Neace, who became interested in dancing five years ago thanks to a former girlfriend. 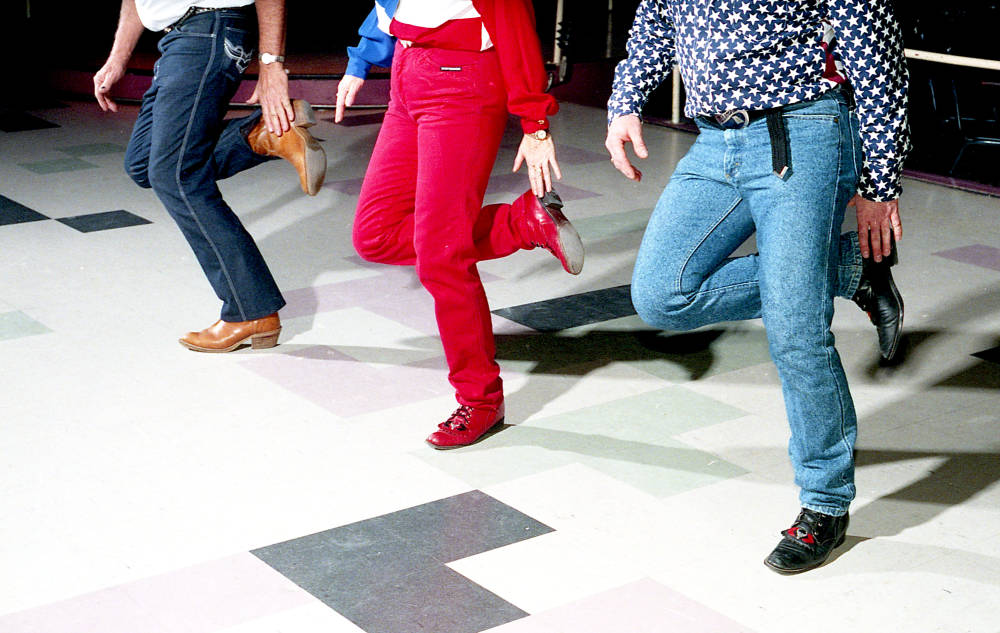 "When you dance with one partner for a long period of time, it's hard to get used to someone else," Gertis said. "If you find a good one, don't even let romance enter into it. Just keep it as a friendship and you will have a good partner for a long time."

But line dancing apparently is a good way to make friends with those of the opposite sex. Bob Crader, president of the Country Club Western Dancers, took a woman to a country line dancing class three years ago for their first date. At age 40, Crader is married to that woman, 28-year-old B.J. The couple is expecting their first child.

Crader said the camaraderie of his dance group helped bring them closer together.

"Some people learn to dance really well, and some never do, but we all have a good time," he said. "My wife can learn a new dance in 15 minutes, but it takes me about two weeks."

Women tend to gravitate toward country line dancing faster than men, but if they can lure a husband or boyfriend out to the class, the man may become hooked.

"He will see people fall over their feet and think, 'I can at least do as well as that guy,'" Crader said. "Nobody makes fun of anybody here."

Crader's club learns a new dance every few weeks, but the hottest ones right now are Baby Likes to Rock It, Watermelon Crawl and Elvis Rock. All of them were choreographed for specific songs but can be done to others. For example, the Country Club Western Dancers learn new steps to slow songs before trying them to the intended song.

After learning the steps, the dancers want to go out to strut their stuff in clubs. Big Al's in Cape Girardeau offers a one-hour line dancing lesson on Friday nights, and a night filled with country music gives participants a chance to practice.

Hard-core line dancers travel even further to show off their moves, going to clubs in St. Louis, Memphis and Paducah. Gertis, the instructor, said steps are much the same in all parts of the country, so locals can join in wherever they go.

She doesn't expect the craze to ever die. Harold Stroder, whose Stroder Country is a booming business, said he hopes it lasts forever.

"We were going to cater more to the freestyle dancing when we opened, but then line dancing came," he said. "It really brought the business in here -- we didn't count on it being so popular.

"I hope it hangs around for awhile." 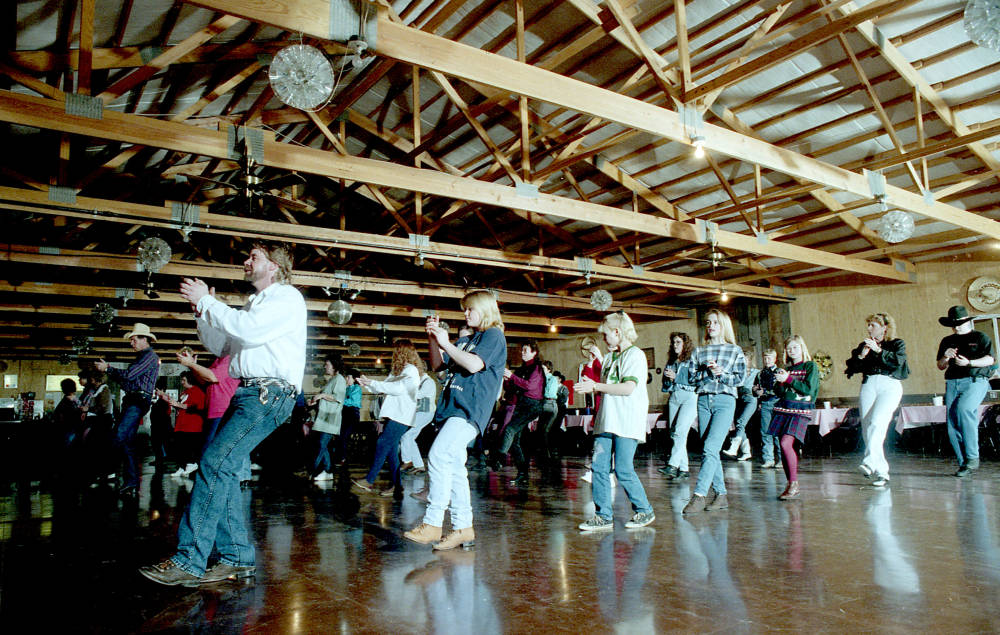