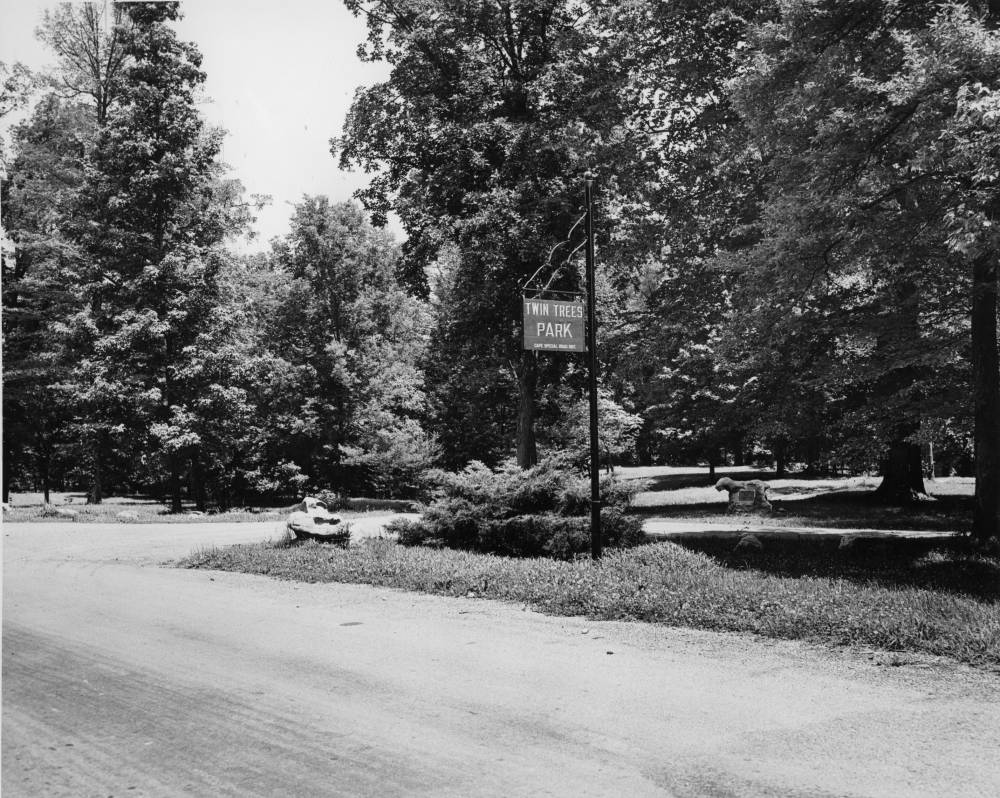 The day after that article originally appeared in 1952, the Missourian followed up with a review of such recreation areas as the Kelso Bird Sanctuary and Twin Trees Park. Kelso, apparently, had a hand in the development of each of these sites.

Out of the interest shown by Mr. (I.R.) Kelso in the old College Farm tract, it has often been recounted, Cape Girardeau's new water plant was located on a large plot overlooking the river and the city, one of the most beautiful sites to bee seen anywhere. As president of the Utility company, he had pledged the community the finest water plant that money could buy. So with this in mind, he developed the entire plant, including the buildings and the landscaping, so it would reflect the "character of the citizenship," as he often expressed it.

Across the road from the plant he built a small park in a rough wooded sector ideal for picnics. The centerpiece was a fountain and surrounding it were flower beds, benches, etc. The place was given the name of Utility Park, but it was created for public use, too. (It is now known as Fountain Park. - Sharon)

A short distance away was Cape Rock Park, then north of that spot a little way the intake unit was built out in the river, and it was made to conform to the other utility property. Then Dennis Scivally stepped in as engineer for Cape Township Road District and began developing the driveway along the Frisco tracks quite a distance to the sharp turn leading to Big Bend.

It is recounted that Mr. Scivally approached Mr. Kelso timidly to say that a few acres of land were needed to extend Twin Trees Park to the river and he wondered if the township might acquire the acreage from him. Mr. Kelso, according to a statement of Mr. Scivally, relied by asking him to write the deed and he would be pleased to sign it. Then a strip along the railroad north of Cape Rock was needed and was forthcoming through the same process.

Twin Trees Park will take its place along with Dennis Scivally Park as soon as the government carries out its flood control plan. Occasional floods disturb the development of the park, but once it is kept dry it will provide a fine view of the river, as well as furnishing recreation and picnic groups ideal service. Both these parks are on Cape Rock Drive, which recognized Mr. Kelso as its most liberal and enthusiastic supporter

Still later on Mr. Kelso deeded quite a large block to the State Audubon Society to be used forever as a bird sanctuary. This was the first one established in the state.

The hilly tract lies between the Bend Road and the Mississippi River. By being heavily wooded, with Juden creek flowing along the Bend Road side, it makes an ideal wild life sanctuary and is much used by State College groups, high school groups, Scouts and others.

These unusual units created a challenge to Chairman (W.F.) Bergmann and Engineer Scivally that brought an enthusiastic response and Cape Rock Drive, a scenic boulevard around the northern bounds of Cape Girardeau was born.

All records show that Mr. Kelso was not stingy with his land when it was needed for public purposes that met his approval. In developing his Arboreta country estate he wanted to build an ornate entrance which called for a bridge across an adjacent reek and a wider concrete slab that was standard for township construction. The road district offered to build a concrete bridge and a first-grade gravel road, but as they would not conform to the plans made by Mr. Kelso, he decided to do the job, with Mr. Scivally doing the engineering. At about the same time Mr. Kelso gave more land for right of way along his property.

Mr. Kelso, or the Kelso Oil Company, owned much property in Cape Girardeau. The oil company owns lots on both North and South Main Street