Today's blog continues the examination of Judge I.R. Kelso's legacy at Cape Girardeau and beyond.

In this seventh article written after Kelso's death, the publishers of the Missourian described Kelso's work with a public utilities company that led to the construction of a new water plant in Cape Girardeau, as well as his own construction of the Alvarado service station. As the article states, Kelso developed the Alvarado "between the big things (he) accomplished for the town." 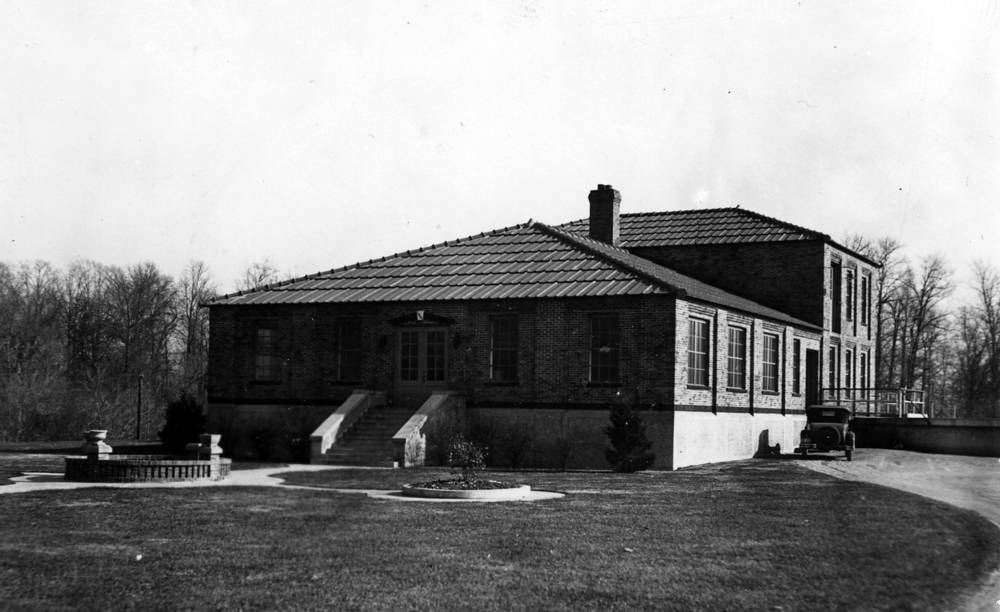 I.R. Kelso was instrumental in the building of a new water works plant at Cape Rock. (Southeast Missourian archive)

Starting with the Cape Girardeau utilities, the company extended its holdings gradually until they covered many localities in Southeast Missouri, Arkansas and finally through Oklahoma, Texas and New Mexico. Mr. Kelso devoted his entire time to them. He moved his family to St. Louis about 1913, and was in and out of there most of the time, but he never gave up his voting residence in Cape Girardeau, which meat that he never quit the Commercial Club and never lost interest in the town.

As might have been expected the financial direction of the multi-million dollar concern was in a great New York City bank. Mr. Kelso was a frequent visitor there. Not long after the new water plant was completed rumors of troubles at headquarters filtered out through banks in St. Louis which meant that Mr. Kelso was on the frying pan. The plant had cost too much, headquarters had not authorized such an investment, were among the rumors, but nothing happened.

During the Kelso regime the various plants of the system had offered bonds or stock to the customers as a preferred investment. Employees were sent out to sell the securities and they had much success. It was boasted that several hundred thousands of the issues had been sold to individuals in Cape Girardeau and environs. Before any of the waterworks rumors came to a head, a report was circulated that questioned the real value of the stock that had been sold, and buyers became alarmed. Many called on the salesmen for information. As a financial depression was on and the usual dividend was overdue, a general uneasiness prevailed.

Kelso was besieged and his reply was that the securities were good that they had been sold in good faith and would certainly be taken care of. However, as similar securities on the market were being wiped out the uneasiness in Cape Girardeau grew.

Finally Mr. Kelso returned from New York and announced that arrangements had been made to pay the delayed dividend and take up the securities at par, which was done immediately.

Then came the report that Mr. Kelso had been retired and was no longer with the company. Eventually it was reliably related, that the New York Bankers, who had given authority to build a water plant at Cape Girardeau as soon as financial conditions improved, and who expected the issue of securities ordered sold through the local plants to take their chances with other issues of such stock, were enraged over the action of Mr. Kelso who, when he saw the storm approaching, took whatever steps were necessary to immediately take up the stock at value.

Also, it was related by a St. Louis member of the board who was in attendance when the matter was being determined, that Mr. Kelso defended his course in building a new water plant at Cape Girardeau without direct orders of the board, by showing that the State Board of Health had condemned the old plant and ordered quick action in supplying better water with less danger of breakdowns.

The board members who made this statement said that Mr. Kelso had been employed upon a basis that enabled him to leave the service amply compensated for the very valuable work he had rendered the organization.

"At a time when securities were at their lowest ebb, when many utilities companies were in bankruptcy, Mr. Kelso found a way of forcing the company to take up the securities he (Mr. Kelso) had been ordered to have sold through the local utilities units," the board member explained.

Between the big things accomplished for the town, as enumerated in the previous articles, Mr. Kelso evidently had time to do many other things and help other general efforts that had to do with community development.

Back about 1925 or 1926 the records show that Kelso Oil Co., was organized. It is still listed among the large distributors of the district. Then when the State Highway Department announce the building of No. 61 (U.S. 61) through Cape to Jackson as a sector of the main highway to St. Louis, he bought a tract of about 10 acres, out of which what is now known as the Alvarado intersection was carved. When shown the plans of the highway engineers, he saw that the concrete slab would run through the tract, using a wide right-of-way. After a complete understanding of the project, the published report shows, Mr. Kelso told the department to write a deed for what it needed and he would sign it. When the matter of price was reached, it was stated that he showed what he had paid for the land and said he would expect to receive a fair price. When the agent later related to him what the department thought was a reasonable price, he said it was satisfactory.

Not long afterward he built the Alvarado station, said at that time to be one of the costliest buildings in the state. Because of the cooperative attitude of the man the Highway Department enlarged upon the plans for the sector running through the city... 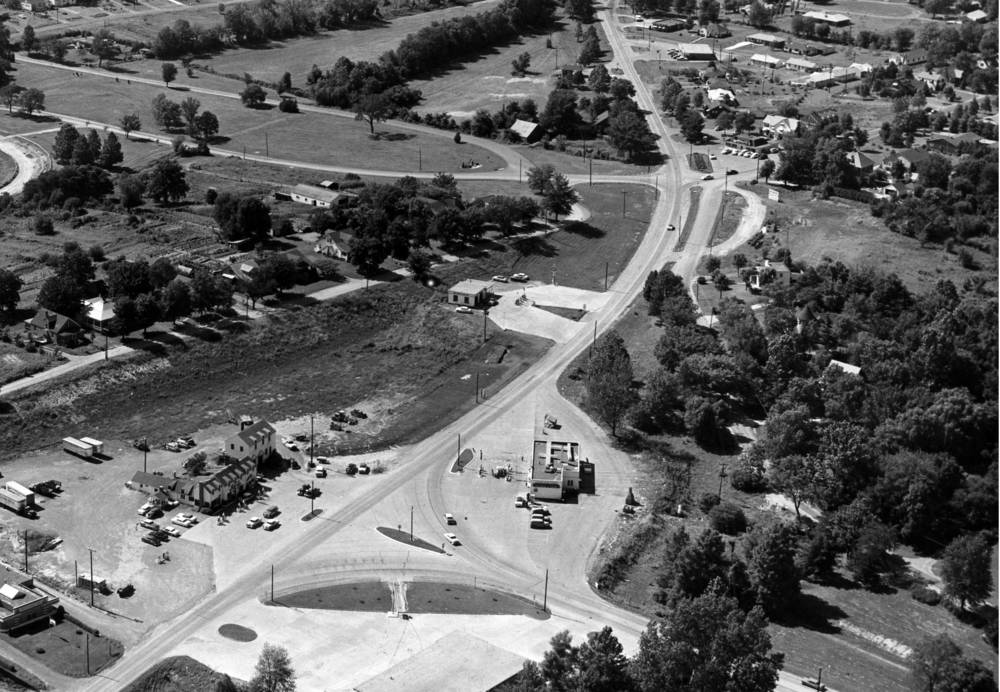 This undated aerial shows the Alvarado station in the lower center, across Highway 61 from the Colonial Tavern and north of the Broadway intersection. (G.D. Fronabarger ~ Southeast Missourian archive)