The sacrifice of brothers Roland and Elwin Busch

I hadn't planned on writing a Memorial Day-themed blog this year. In fact, I had already pulled together an article about a girl who won a Carnegie Medal for saving the life of her teacher.

That's before I came across a story from June 1967 about the death of Capt. Elwin H. Busch, while serving in the Air Force in Vietnam. He was the son of Judge and Mrs. Roland G. Busch Sr. While any death in military service is a tragedy, this one was compounded by the fact that Capt. Busch's brother, Ronald G. Busch Jr., had also died in service in 1961, after being held prisoner during the Korean War for 17 months. 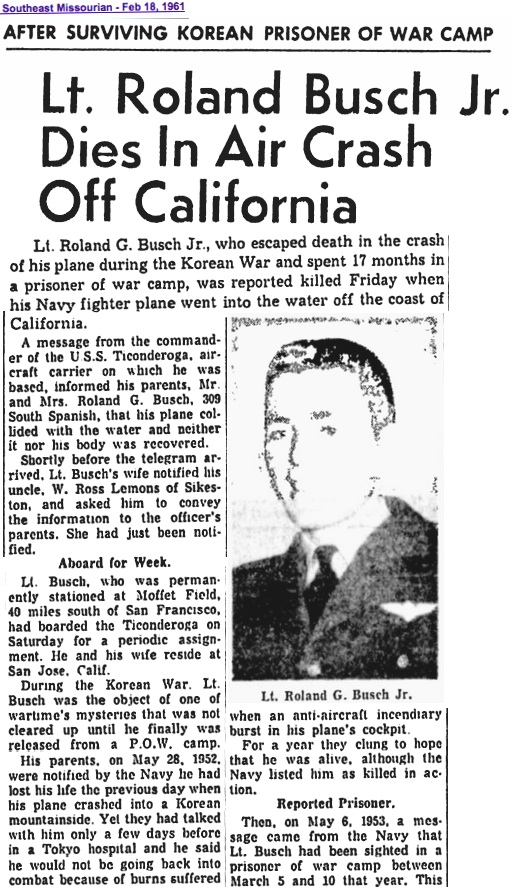 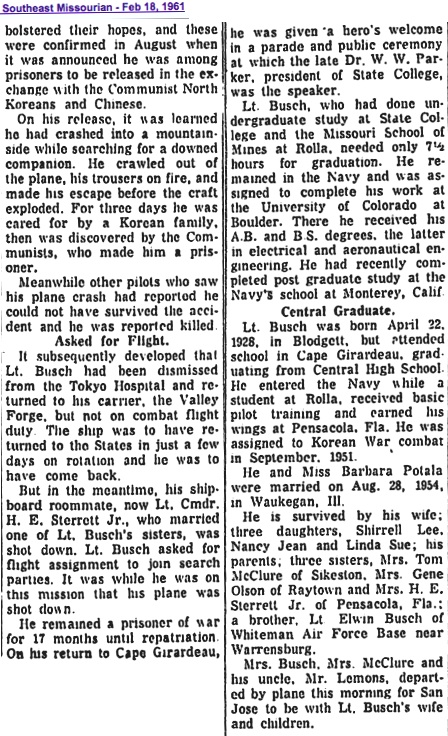 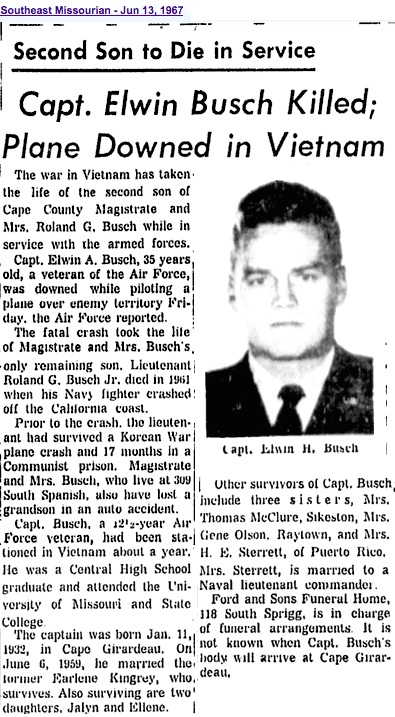 Despite an immediate search by divers, neither the body of Lt. Roland Busch Jr., nor his Navy fighter plane could be found.