The sinkings of the Golden Eagle 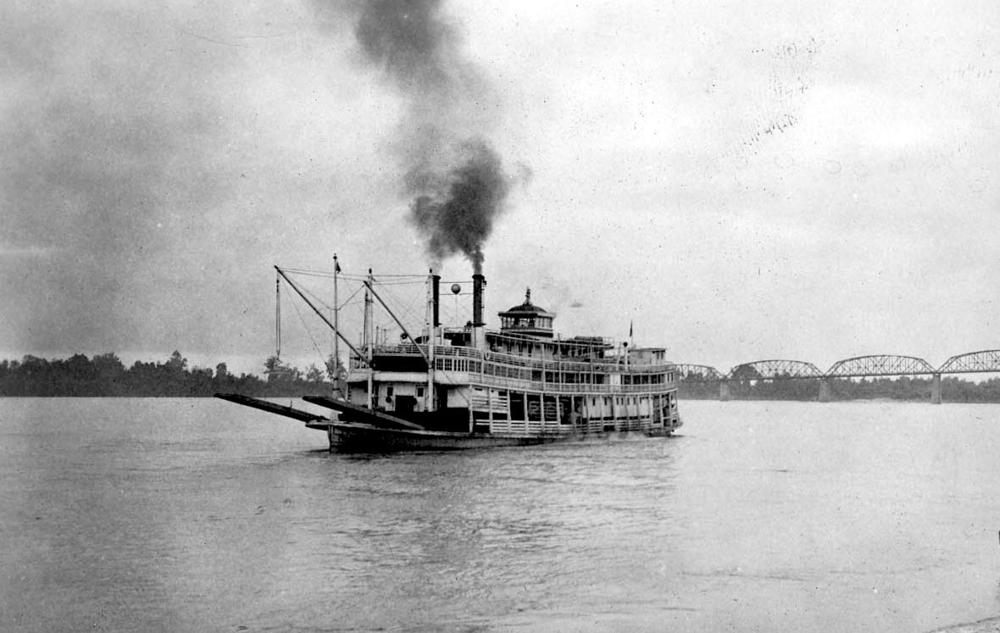 Three years after the steamboat Golden Eagle won Mississippi River glory by outracing two California boats -- the Delta King on the San Joaquin River and the Delta Queen on the Sacramento River -- Eagle Packet Co.'s queen of the inland waterways sank in the muddy waters off Chester, Illinois, on June 14, 1941.

Master of the Golden Eagle, both during the 1939 race and at its 1941 mishap, was Cape Girardeau favorite Capt. William H. "Buck" Leyhe. His family owned the Eagle Packet Co., which by the 1940s had been reduced to just the Golden Eagle. The company had sold off Cape Girardeau's namesake to Greene Line Steamers of Cincinnati, Ohio, in 1935. Modern transportation had taken its toll on steam-boating. It was faster and cheaper to transport goods by rail, barge or truck. Still, the Golden Eagle did some freight business, as well as offer tourist cruises and, as mentioned, racing.

Tragedy struck the Golden Eagle during the night of June 14, 1941, as it was traveling back from a trip to the Tennessee River. With the river at flood stage, the vessel struck a submerged dike near Chester, Illinois, but, luckily, Capt. Leyhe was able to bring it to shore before it sank. The passengers, some garbed in costumes from a masquerade ball, made it safely ashore, as did all the boat's workers, except for a cabin boy. George Washington Weems, 28, was killed when a hawser snapped, striking him. Many of the passengers sheltered at the penitentiary at Chester, until transportation was arranged for them.

Here's the story that appeared in the Southeast Missourian on Monday, June 16, 1941. 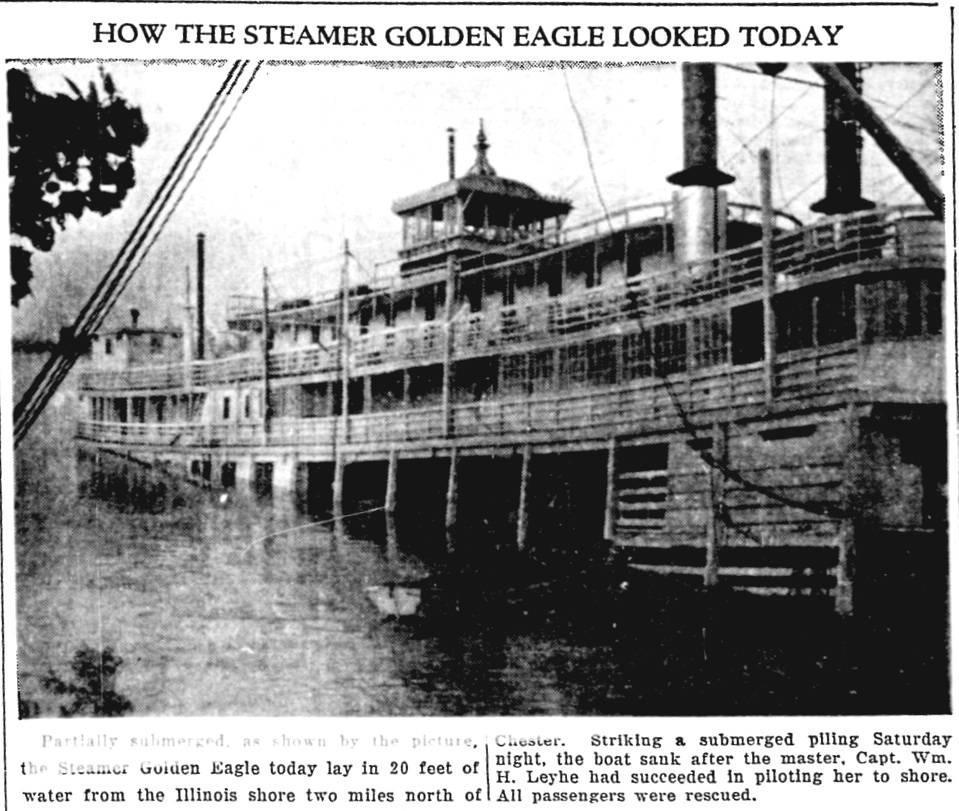 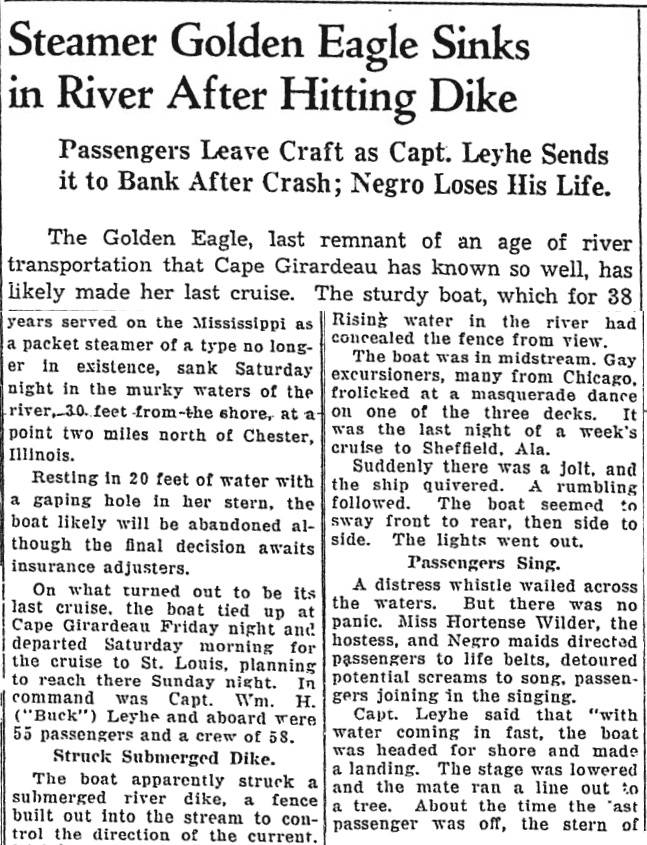 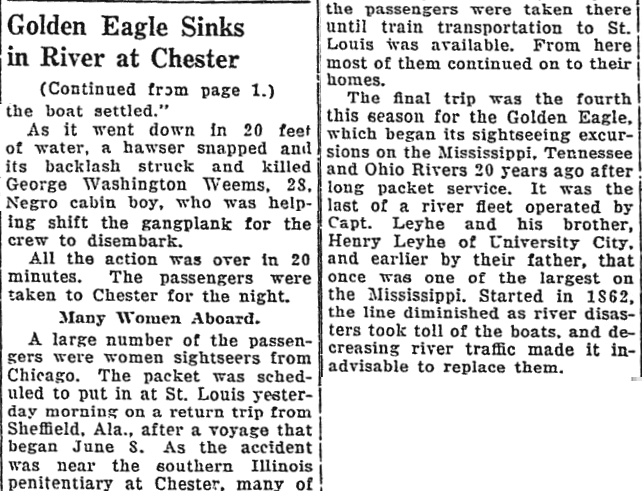 Speculation began immediately on whether the boat could be saved. Divers were sent to the wreck on June 17 to examine the hull, and it was reported in the same day's Missourian that "insurance inspectors reported the boat could be repaired and re-floated."

The high waters that contributed to the accident then kept the boat from being salvaged immediately. But by July 8, with waters beginning to fall, two professional divers and a work crew labored to repair the boat's damaged hull and re-float it, under the direction of Capt. Leyhe. By the end of the month, the boat was on its way to dry dock for repairs, with Capt. Leyhe's promise that it would back on the river the following season, "spic and span."

The Golden Eagle, again with Capt. Leyhe in command, worked two more seasons, 1942 and 1943, but 1944's season was short-lived, as leaks were found in the boat's boilers during its first trip of the season. With the demands of World War II, it was impossible for the company to make the repairs needed, and the Golden Eagle sat idle the rest of that season and again in 1945.

The end of the Golden Eagle came in 1947, when it sank for the last time near Grand Tower, Illinois. In a final ironic twist, Capt. William "Buck" Leyhe, the boat's master for many years, was traveling aboard the Golden Eagle as a passenger on its final voyage. 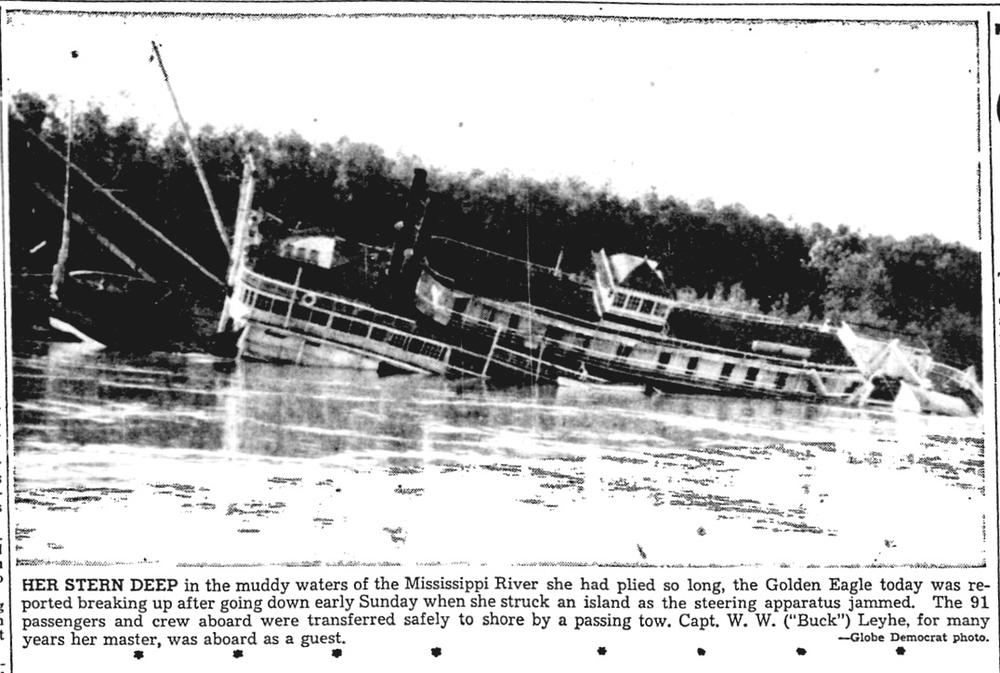 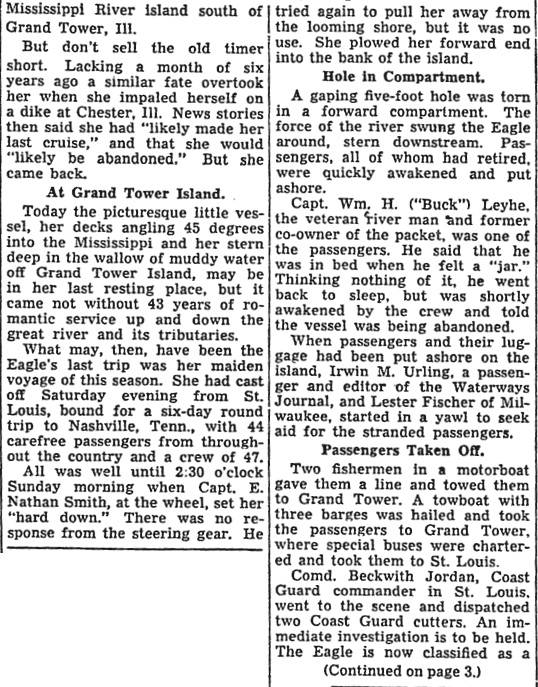 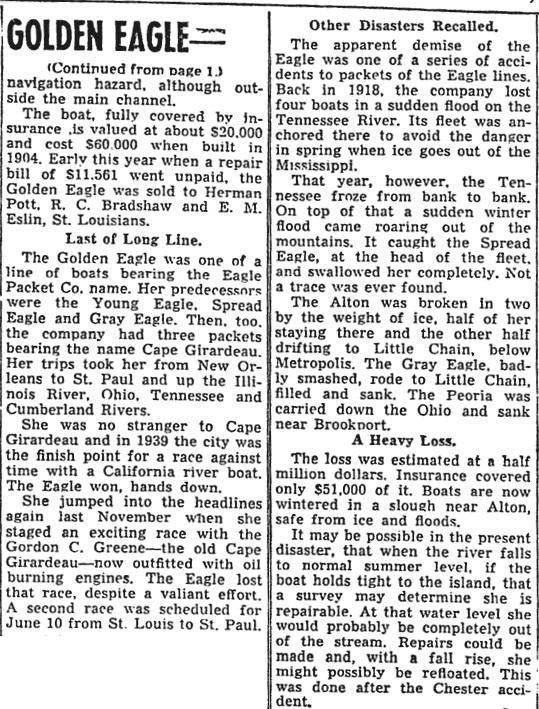