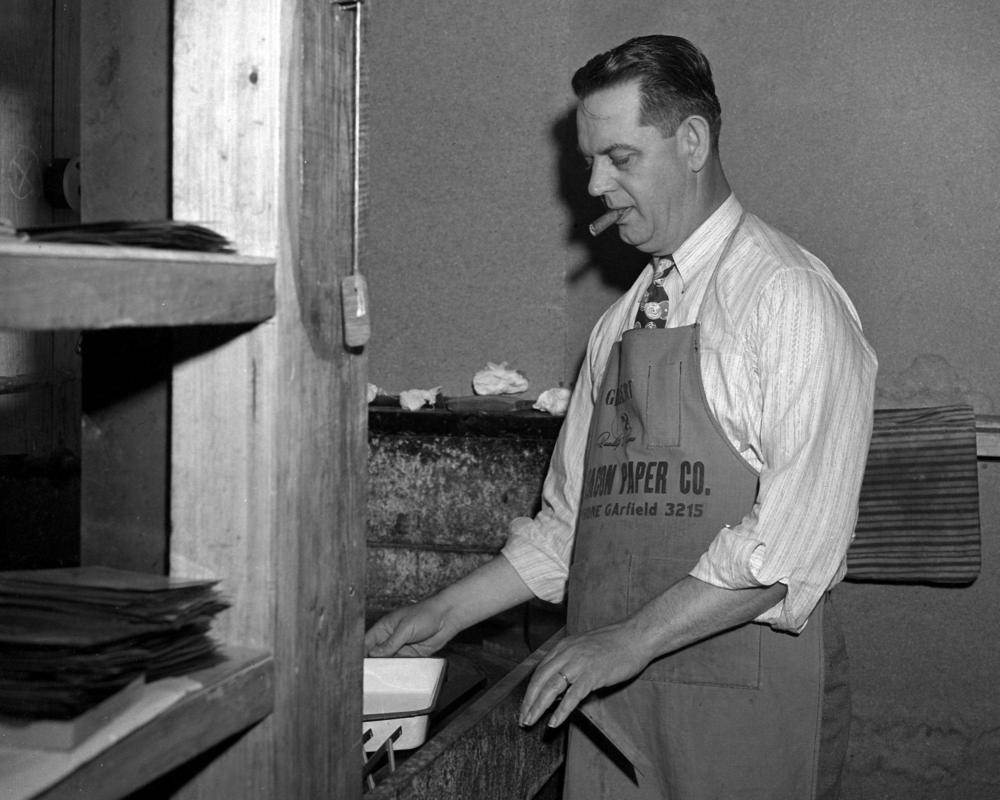 Garland D. Fronabarger, who was also known as "One-Shot Frony" or just plain "Frony," is probably best known to today's Missourian readers because of his photographs. Almost weekly, some image of Frony's finds its way onto this website or into the pages of the Southeast Missourian.

But when I knew Frony back in the 1980s, he rarely took photos for the newspaper. When I knew him he was the Missourian's business writer, a position he held for many, many years.

Frony started with the newspaper back in the late 1920s as a reporter, covering everything from floods to executions to presidents. He had a good memory and loved to tell stories about his exploits. An Oct. 27, 1967, business column of his that I found recently demonstrates his prodigious memory. Many of the names that he included in the column are familiar to me, and probably will be to you as well, if you read the "Out of the Past" column with any regularity. Where possible, I've included portraits of the men Frony mentioned.

Several nights ago we boarded a Powell street car of San Francisco's famed cable street railway and headed for Fisherman's Wharf. There was nothing unusual about that except it brought a reminiscent nostalgia of other years. It was 40 years ago today we alighted from something called a motorbus and climbed onto one of Cape Girardeau's trolley cars to ride down Broadway to the then new Missourian building which has been our bailiwick since.

That was Oct. 27, 1927. Gone are the trolleys and with them have passed two motormen we quite well recall. They were Guile Day and Martin Daume; in fact it was Daume who took the last car into the old North Main Street barn when the streetcars finally capitulated to the mounting horde of automobiles.

The Cape, as it was then and still is called, was an unpredictable town hovering between 10,000 and 12,000 population; unpredictable, because it did have a leadership that set the base for much of what has since developed. There abounded a group of men then, most of whom had to a degree visions for the future and their early plans, for the most part, initiated the progress that has blossomed in today's busy metropolis. 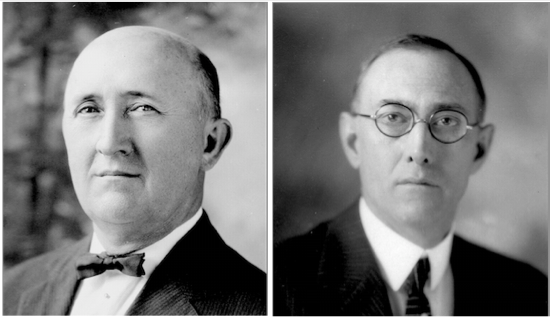 W.D. Black and James A. Barks

Business and professional men they were and knowing them was a fortunate experience. Alive and active in their community's affairs in those days were many man, among them M.E. Leming, James A. Kinder, Dr. G.W. Walker, W.J. Kies, 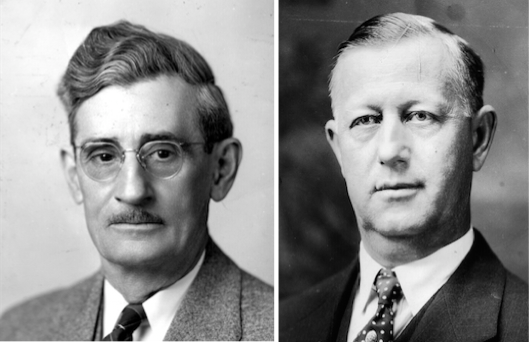 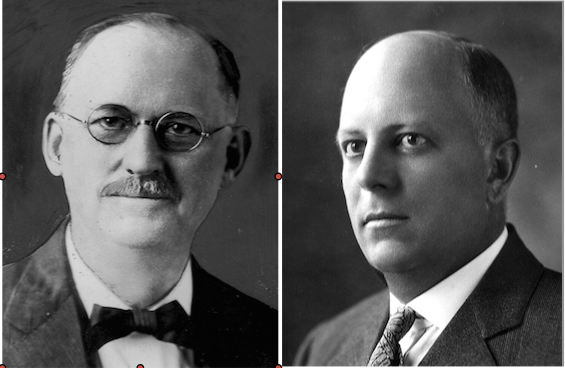 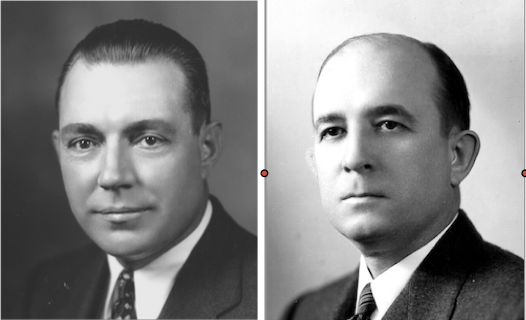 What a toll four decades has taken. Yet, sons of some of these men, joining with other men who have found Cape Girardeau to their liking have combined planning and effort into building a city more than three times its former size in population and land area, with several times the number of industrial plants, retail and wholesale businesses, schools, churches and services attendant to today's crowded living. 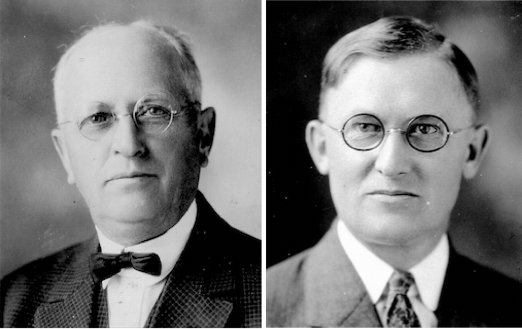 Will Hirsch and Tony Hohler

The great increases have been parallel. In wages, cost of the products used in daily life, real estate, in payroll dimensions, in the social and recreational pleasures. The community's retail sales 40 years ago, for which there is no accurate record, probably didn't exceed $5 million. What a spread between that and today's $70 million annual figure. 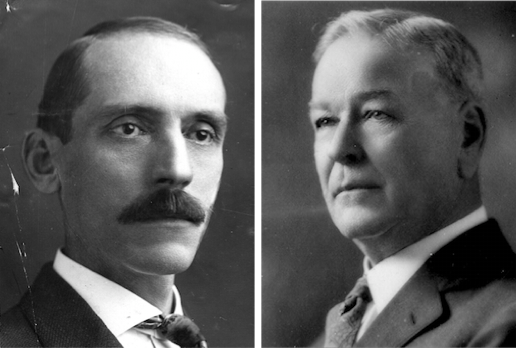 Back in those days a favorite pastime was meeting the passenger trains. Later it was the buses, now it's the airliners, and the jet age here will be inaugurated Nov. 1 with the first jet airline service. The two main roads into Cape Girardeau then was the gravel road from St. Louis and the old rock levee road from the south. Now, it's travel on modern expressway. 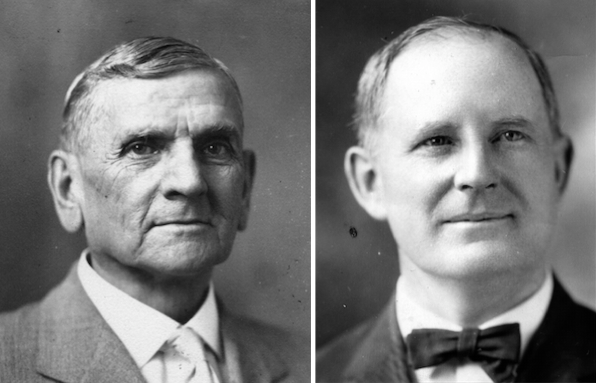 There's serious talk about widening the city's main arteries to accommodate the rapidly increasing traffic. Those living the next 40 years may look back on these plans as the start on another leg of progress, but inadequate in the light of what the city might then have become. But, plans made now, however insufficient they might seem later, lay the groundwork for tomorrow's functioning. 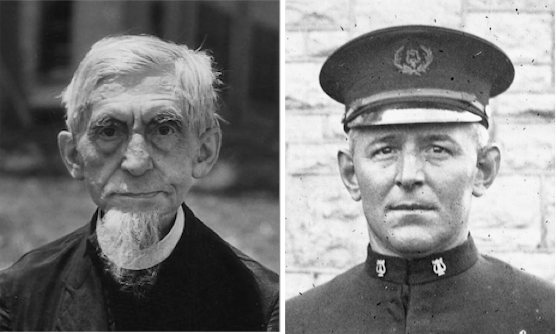 Who knows what tomorrow will bring. Those who dream, and do some planning along with it just as did the above mentioned men of yesterday, will certainly have more of an insight, because of their foresight, into the future Cape Girardeau. 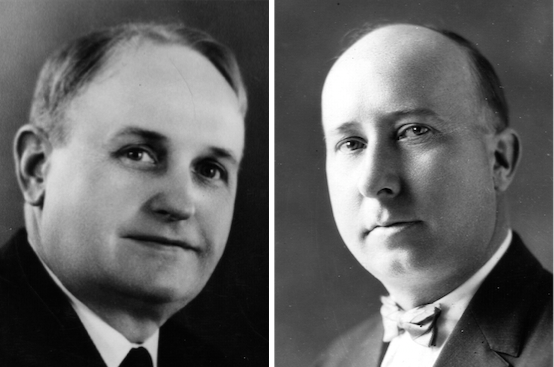