Once more cracking open The Daily Republican's 10th Anniversary Edition from 1915, I spotted a page of stories about the small Cape Girardeau County town of Allenville and its inhabitants. For this blog, however, I decided to concentrate strictly on the town itself and its history.

Items about the Allenville State Bank, Henry Hinton's mercantile establishment, school teacher R.W. Groves, and the J.A. Withers' Distillery will be the topics of future blogs. 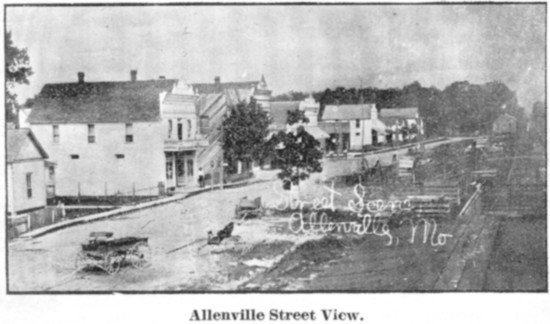 Allenville is in Hubble Township at the intersection of the Jackson branch and the Belmont branch railroads. It is an incorporated town of about 300 inhabitants.

Allenville is situated on Whitewater River, which, further south, becomes Little River, and is in the center of the agricultural region which is second to none in the county for fertility of soil. The soil in Whitewater bottom and in the "second bottom" adjoining is a black loam that cannot be excelled for productiveness. In good seasons Allenville is the market for thousands of bushels of corn and wheat.

Two schools are maintained in the town -- one for the white population, with two children, and a good one for the (black) people. There are also two churches, the Baptist church and the (black) Methodist church. Interest in church and religious affairs has been greatly increased in the last two or three months.

The town of Allenville was named after Tom Allen, the builder of the Belmont Branch railroad. When the railroad was built about 45 years ago, Allenville immediately became a place of importance and several wholesale stores were established. It became a shipping point for cotton for the territory as far south as Crowleys Ridge in Arkansas.

When the drainage system is completed, Allenville should be greatly benefited and good crops made a sure thing. When the big diversion canal is completed, it will be possible to motor to Cape on water and to get freight over the canal.

In 1949, G.D. Fronabarger flew around the area with local pilot John T. Seesing taking aerial shots of all the local towns. A few of those photographs have been preserved in the archives of the Southeast Missourian newspaper, including the one he took of Allenville. 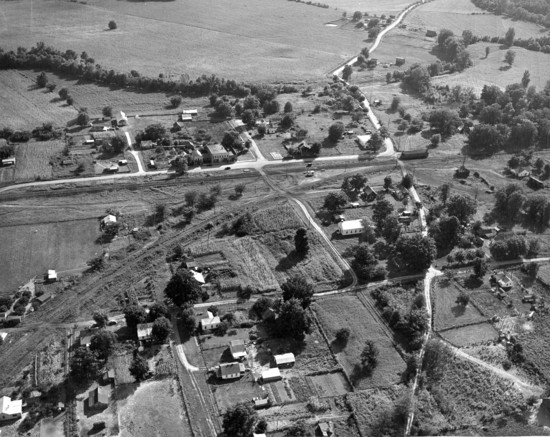 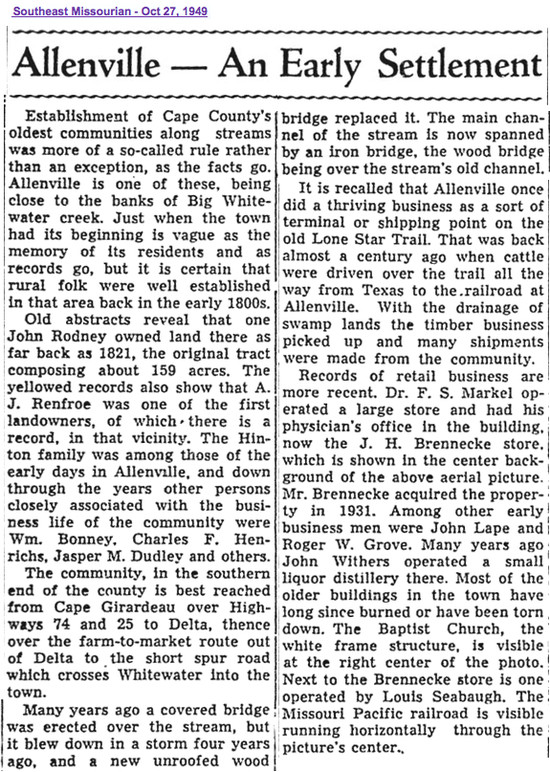 Almost 10 years later, using the same photograph that heads this blog, The Missourian published still another interesting article about the small town of Allenville. 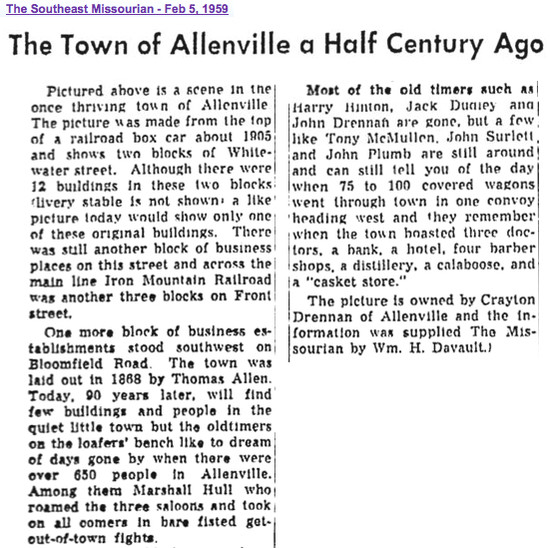