The man who was destined to become our 32nd president, Franklin Delano Roosevelt, visited Cape Girardeau in the fall of 1920 as he campaigned for the vice presidency. Heading the ultimately-unsuccessful Democratic ticket was Gov. James M. Cox of Ohio.

As I promised in last week's blog about First Lady Eleanor Roosevelt, here's the meager coverage of FDR's Cape campaign.

Only by reading to the end of this next story will you learn that Mrs. Roosevelt accompanied her husband here. 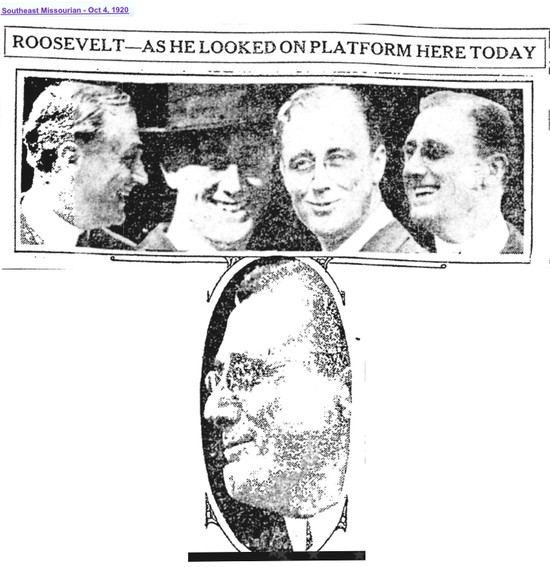 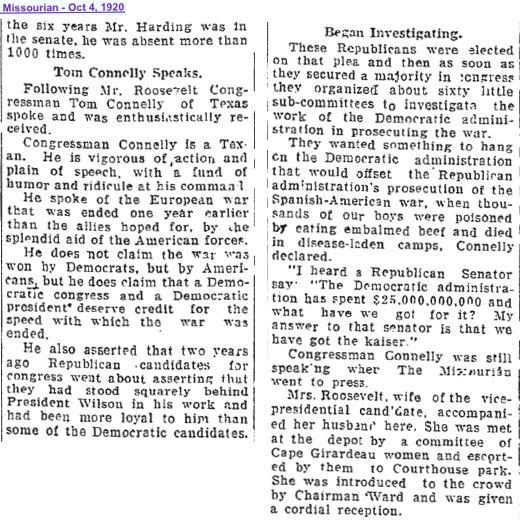 This is the editorial that ran a couple days after the Democratic rally here. The writer made a factual error in the opinion piece. See if you can spot it.

It may have been a simple math error (Lord knows, most reporters seem to do poorly in that area), but the writer claimed a presidential visit for Cape "eight years ago this month." In fact, the presidential visit referred to was that of William Howard Taft in October 1909, 11 years earlier.