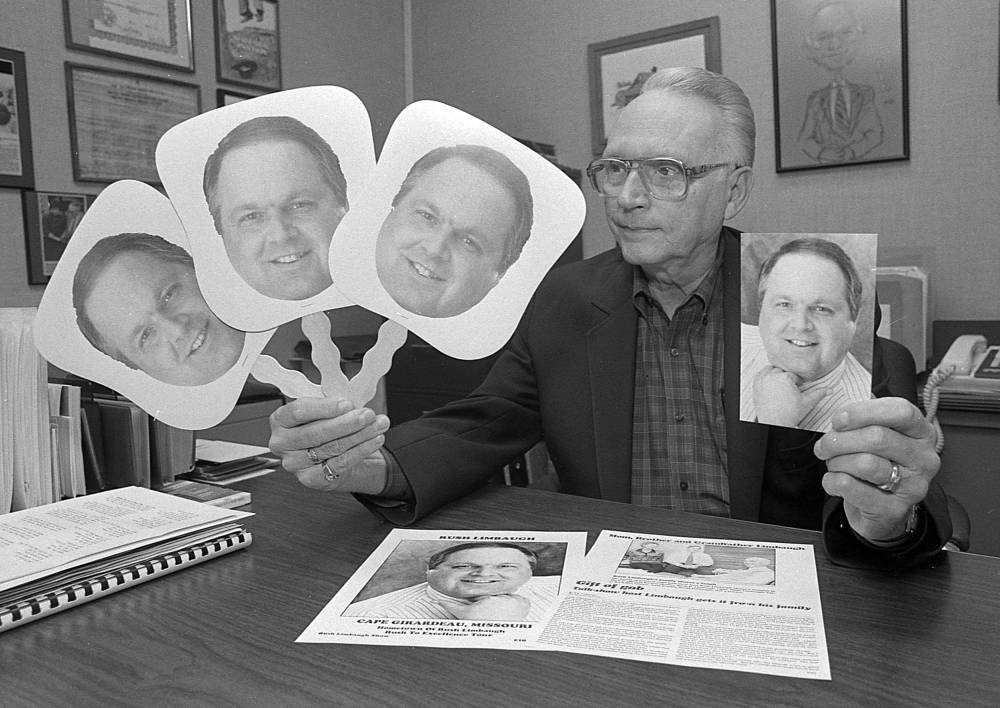 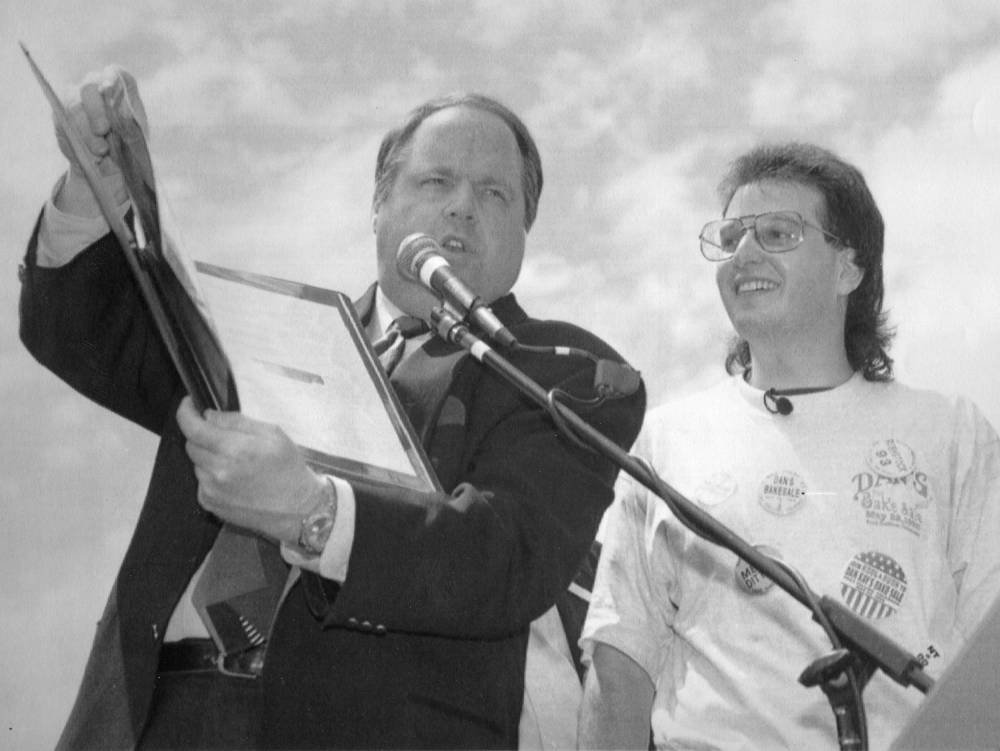 TRINIDAD, COLORADO--Mike Bertrand grew up in Cape Girardeau, Rush Limbaugh's hometown, and he's proud of it.

So proud of it, in fact, that he and his wife, Kim, plan to drive 240 miles from their Trinidad home to Fort Collins, Colorado, to attend "Dan's Bake Sale" Saturday.

But it isn't just any bake sale; this one originated in a conversation between Limbaugh and a caller to his conservative radio talk show. The show reaches a national audience.

Limbaugh has touted the "bake sale" on his show and is planning to attend the event, which was suggested as a fund-raising scheme for a Limbaugh fan to pay for a subscription to the Limbaugh newsletter.

Thanks to Limbaugh's show, the event has received widespread publicity. Brennan's, a New Orleans' French Quarter restaurant, plans to offer some of its famous food at the "bake sale."

A die-hard Limbaugh fan, the 33-year-old Bertrand said he plans to promote Cape Girardeau by distributing Rush Limbaugh postcards, fans, and informational fliers provided by the Cape Girardeau Convention and Visitors Bureau (CVB). He's also hoping to hand out some other Limbaugh memorabilia.

"I thought it would be kind of neat since I grew up there and everything," said Bertrand, whose parents still live in Cape Girardeau.

Lyn Muzzy, CVB director, said the Limbaugh items are used in out-of-town promotions of Cape Girardeau and are not being distributed locally.

"I'm not promoting Rush Limbaugh," said Muzzy. "I am in the job of promoting Cape Girardeau and I do use Rush as a promotional part of it."

He spent eight years in architectural practice in Albuquerque, New Mexico, before taking a job as city planner of Trinidad about a year ago. The city in southern Colorado, near the New Mexico border, has a population of about 8,500.

"This area right here is a heavily Democratic area, so it is kind of fun," said Bertrand, who lives on a 75-acre ranch that's home to roaming elk, wild turkey and deer.

"You get around Boulder and they get real New Age and flaky. They are all environmental whackos," he said.

Bertrand said he enjoys listening to Limbaugh on the radio. "He's fun. Rush knows how to have good time and that's what I enjoy about him."

He said he's looking forward to the bake sale and hopes to meet Limbaugh. "This is a good opportunity to go out and have fun."

The initial idea for Dan's Bake Sale was conceived on The Rush Limbaugh Show in 1993. One caller, "Dan" from Fort Collins, Colorado, told Rush Limbaugh that he was photocopying a coworker's subscription to the Limbaugh Letter, Rush's monthly magazine that covers current events. The reason was that Dan's wife was not a fan of the show, and would not allocate the funds needed from the family budget to subscribe to the Letter. Limbaugh light-heartedly informed Dan that he disapproves his photocopying printed material, and offhandedly suggested that Dan organize a bake sale to raise funds for a subscription, spoofing then-recent bake sales to raise funds to reduce the national debt.

Limbaugh never seriously proposed a Bake Sale and neither did "Dan." But the landslide of support for Dan and his bake sale was on. Eventually, some 65,000 people from all over the United States and as far away as Australia showed up in Fort Collins for Dan's Bake Sale.[88] Jay Leno even made jokes about it on The Tonight Show.

Limbaugh attended, and had a brief presentation, giving Dan his first issue of his subscription.

Dan considered making it an annual event, but agreed with Limbaugh's assessment that the original just could never again be replicated.