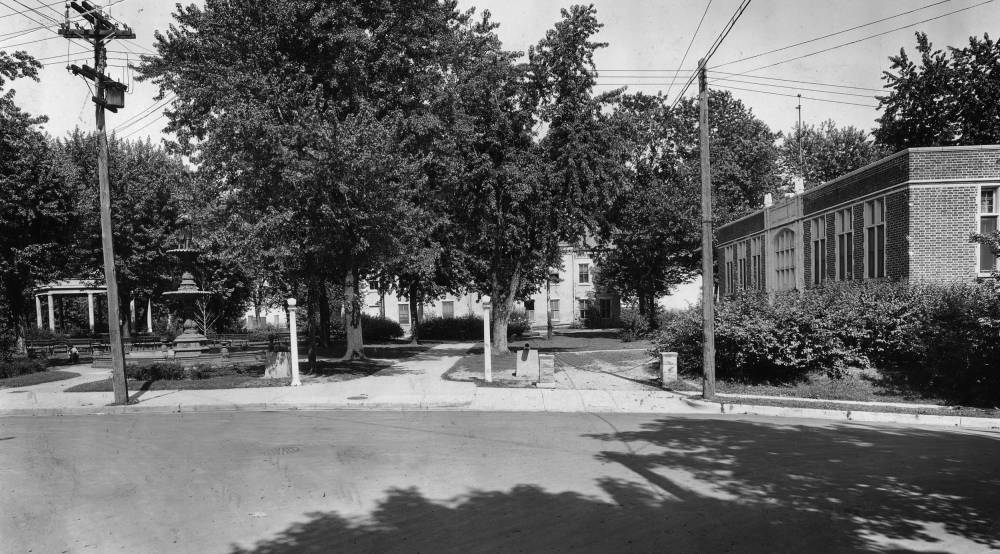 Two cannons are shown at the Themis street entrance to Common Pleas Courthouse in Cape Girardeau sometime before they were removed in 1943. 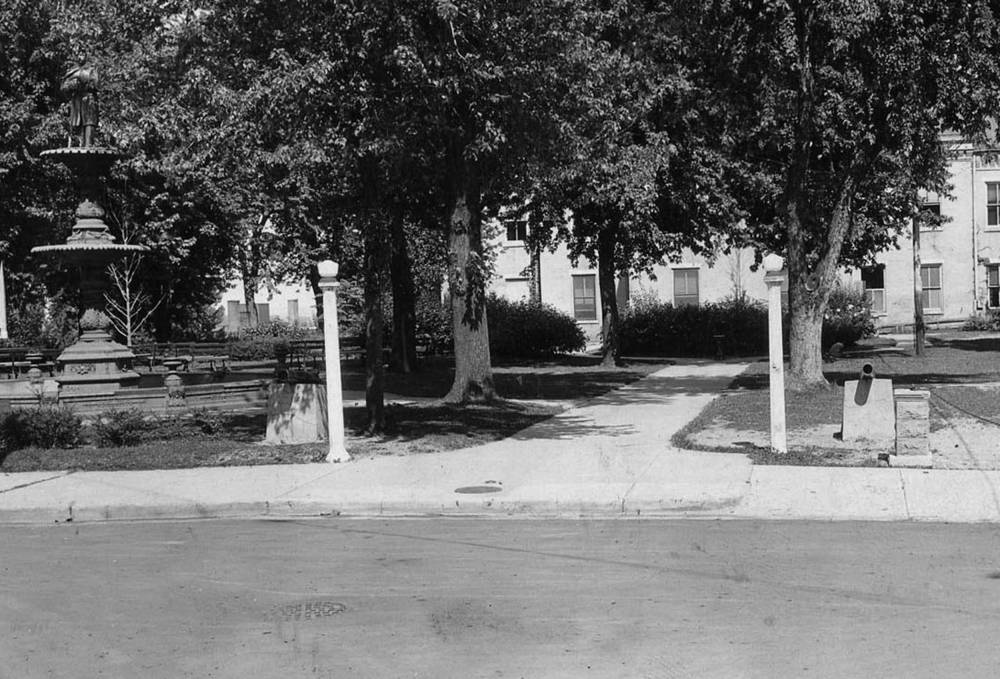 Through the efforts of the Sons of Veterans, four pieces of artillery have been secured for Cape Girardeau from the United States war department and have been placed at two entrances to the courthouse park.

Two brass machine guns are mounted on concrete bases just in front of the courthouse building and point out over the river; two other cannons are at the Themis street entrance, near the beautiful fountain-statue, erected and dedicated last year through the good work of the women of the relief corps.

The four cannons just received and placed were secured through the activity of the Cape Sons of Veterans and put in place at the expense of the city.

They add to the appearance of the park and the Sons of Veterans are to be complimented on securing them.

The four brass cannon at Courthouse Park were knocked from their secure mountings Monday and were hauled away to the Pollack establishment to be cut up and shipped out for war use. Two of the guns, which had been at the east side of the courthouse, weighed about 1200 pounds each, and the others, near Lorimier street, were smaller.

Receipts from the brass sale, less handling costs, will be paid to the city. The War Production Board last week made arrangements for scrapping the guns, as well as to salvage other metal here. 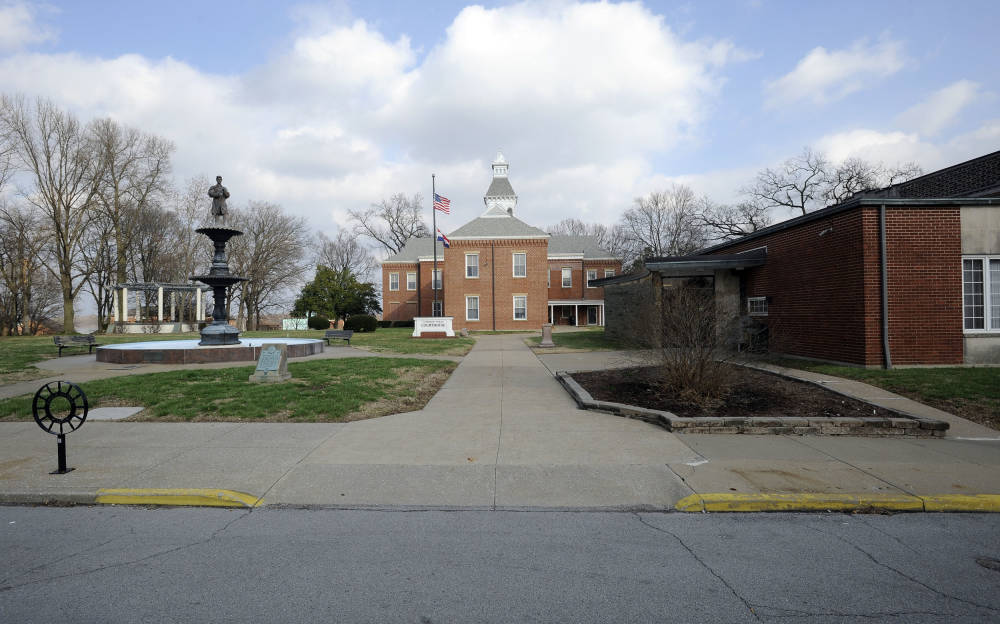 This is a recent view of Ivers Square from Lorimier and Themis streets.