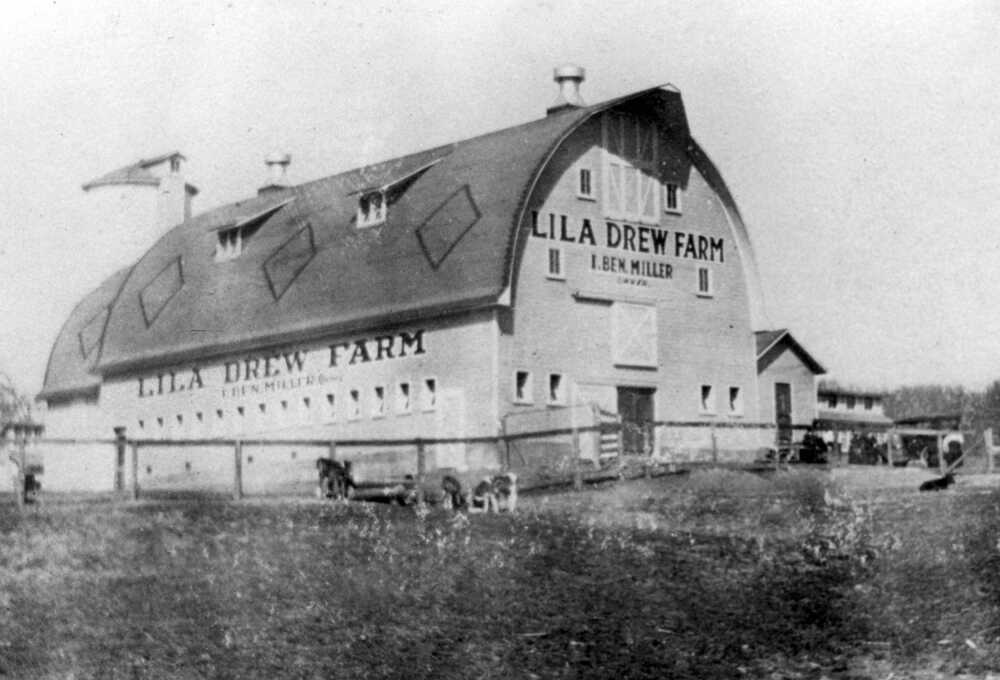 The Lila Drew Farm on North Sprigg Street was owned by I. Ben Miller and supplied cream for his ice cream factory in Cape Girardeau. It was named for his daughters, Clara Drew Miller and Lila Miller. (Michael Hahn photo)

The One Kind of Cream that Satisfies

There is a satisfaction in eating an article that appeals to your sense of security while eating. When you know by taste it is excellent, by experience it is wholesome, by observation it is sanitarily clean--why it tastes better, doesn't it?

That is why the eater of I. Ben Miller's ice cream has such a satisfied feeling. He knows it's good that it is wholesome and that it has been made under the most rigid rules of sanitary cleanliness.

I knew both of the great ladies well, especially Miss Clara Drew. I took piano lessons from Miss Clara from 1959 until 1968 when she retired and moved to Dallas TX to live with her brother. In the meantime, during the '40s, '50s and '60s, Miss Lila, or rather Dr. Lila Miller, was a full professor of biochemistry at the University of Michigan Medical School in Ann Arbor. Extraordinary for a woman to have that kind of career back then. Eventually, in the mid-80s, both ladies moved back to Cape, lived at the Chateau, became active again in their family church, First Presbyterian, and quietly lived out their remaining years together. Both passed in the early '90s as I recall.