Valentines were 'fancy and frilly' 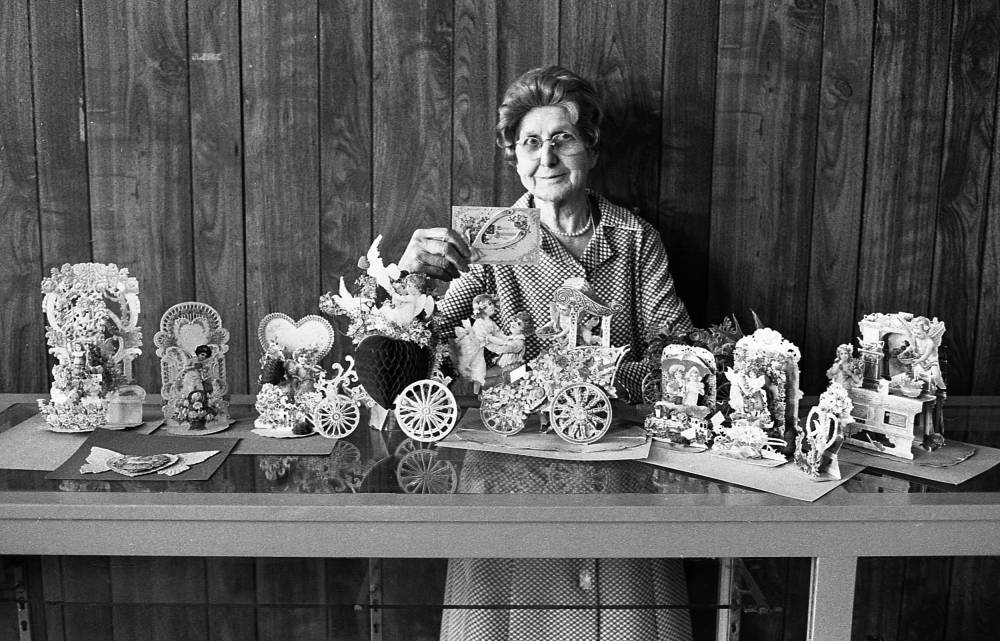 Mrs. Eda Buck of Altenburg, Missouri displays her collection of early valentines at the Southeast Missouri Museum. Below are two of her favorite valentines. (Fred Lynch photos) 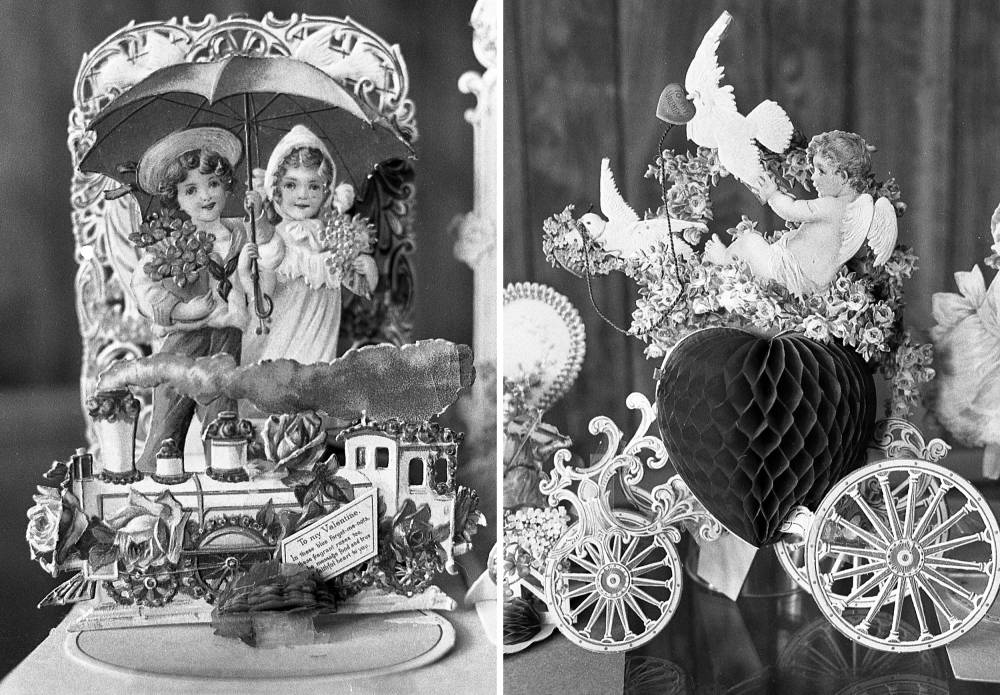 "Mamma insists that keeping her mementos is probably just old-fashioned nonsense," but family members tag her a romantic.

Mrs. Eda Buck of Altenburg, Missouri, "Mamma," has a special collection of valentines saved from the early 1900s on display at the Southeast Missouri Museum on Water street.

"Being a young girl when valentines were fancy, frilly and very ornate was fun," Mrs. Buck said, adding that she usually gets double pleasure out of Valentine's Day because it is also her birthday. Today, she celebrated 85 Valentine birthdays.

Blushing when asked if any of the valentines were from special beaus, Mrs. Buck laughed and admitted that maybe one or two in the collection are, but that her favorite is a small card with a plastic wishbone attached to it, tied with a pink ribbon.

"This card was sent to me when I was 19 by my favorite suitor, Arthur, who later became my husband," she said. "Many is the time I've said I should have held him to the promise printed on the card. It says I should have any of my wishes come true." A wistful little smile shows that Mrs. Buck misses her favorite valentine who died Aug. 6, 1955.

Mrs. Buck's children have a lot of good-natured fun about "Mamma" saving everything. The children are Elmer Buck of Jackson, Mrs. C.R. Haertling, Twin Lakes, and the youngest, Mrs. Leonard Palisch of Altenburg, who discovered the valentine collection in an early 1900 Famous-Barr dress box tucked away in a trunk when her mother moved a few years ago.

Along with the valentine collection is a scrapbook full of colorful advertising postcards dating to the late 1800s and early 1900s.

"My mother worked in a millinery shop in St. Louis, and I had several cousins there, who were always sending things from St. Louis," Mrs. Buck said.

Another cherished item belonging to Mrs. Buck is a delicate gold locket given to her by a favorite cousin when she was 16.

"My cousin put her picture in it for a remembrance, and I have kept it in there all these years," Mrs. Buck said as she touched the locket she wears on special occasions.

Mrs. Buck enjoys her German heritage, living in the Altenburg community, and is an active member of Trinity Lutheran Church there and of the senior citizens group. "I don't get to attend my Ladies Aid meetings as much as I used to," Mrs. Buck conceded, "but I'm still a paying member."

Eighty-five years have not dimmed the teasing twinkle in her eyes, so, it isn't difficult to imaging Mrs. Buck as the girl who captured the hearts of many on Valentine's Day and thus acquired her extensive collection.