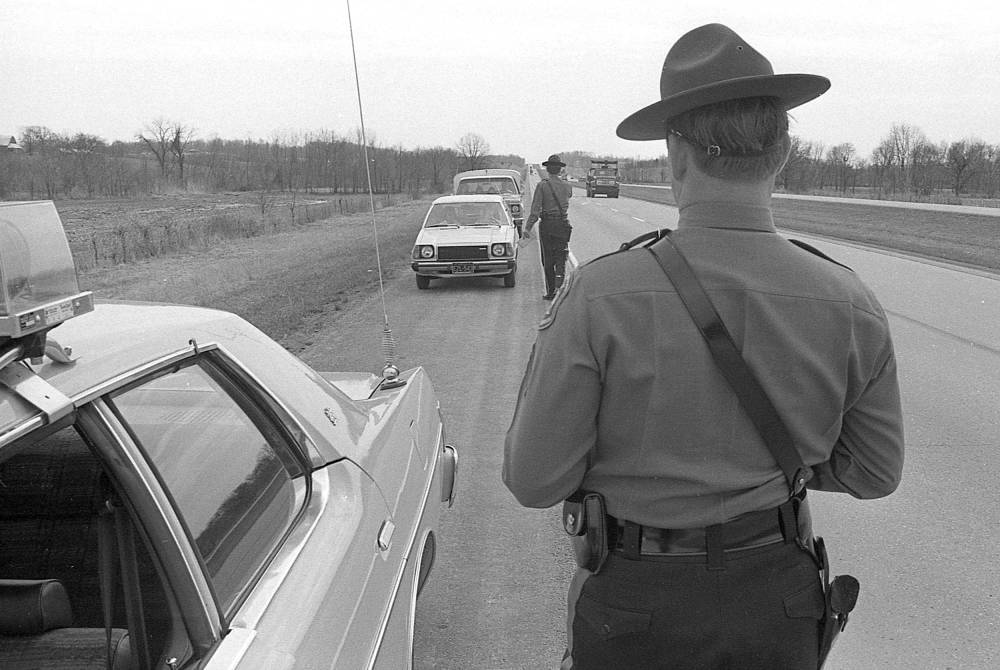 "It looks like they are selling policeman's ball tickets," one imaginative CBer driving down Interstate 55 Wednesday afternoon mused over the airwaves.

But it was not autographed invitations that were being handed out to motorists pulled over to the side of the road by the Missouri State Highway Patrol.

The troopers were busy issuing tickets on the first day the state speeding crackdown came to I-55. It had been announced earlier that the patrol would concentrate on the interstate highways in an effort to enforce the 55 mph speed limit.

A week ago, in a crackdown on Interstate 70, between St. Louis and Kansas City, a total of 720 tickets and 341 warnings were meted out by 87 officers who manned 71 cars. The cars were assisted by six airplanes and two helicopters.

In the stretch of the interstate from the Arkansas state line to St. Louis, a total of 736 speeding tickets and 217 warnings were issued.

The patrol was out in force, with 30 troopers assigned to the interstate in Troop E from Arkansas through Cape County.

That was three times the average number of troopers assigned to patrol the interstate. And after a day's work, they had issued four speeding tickets for every mile of interstate in the troop area.

In all, 494 speeding tickets were handed out for the 118 miles in Troop E, while 30 warnings were issued, troop headquarters in Poplar Bluff reported.

Farther north, in the Troop C area, 242 tickets and 187 warnings were issued for pushing the limit, the patrol said.

"Everyone who was running over 55 mph was probably stopped," Capt. R.D. Radford of Poplar Bluff said.

Most of the speeders were driving in the 60s, he said.

Why the greater number of warnings issued from Perry County north to St. Louis? Capt. Radford offered one explanation. "Evidently the speed must have been greater down here."

But the experience of one woman might shed more light on the imbalance. A CB listener reported the woman was stopped for traveling at 60 mph.

"I just got a ticket down the road," the woman explained. "I've got my cruise control set on 55."

The officer gave her a warning.

An apparent lack of incidents arising from the mass arrests seemed to indicate motorists took the enforcement in stride.

"We didn't have too many arguments out of the people," Capt. Radford said. "Surprisingly enough. But they really didn't have an argument to make. We've done everything that we could in getting the information out that this program would take place."

A trucker commented that he hadn't put his rig in overdrive all day. And with a flare for poetry, another CBer composed this one-liner: "I'll bet they have a bear in the air."

The program apparently also impressed out-of-state motorists with the efficiency of law enforcement in Missouri. An Iowa motorist was ticketed for speeding at 73 mph. Her comment: "Boy, you sure do patrol your roads well down here."