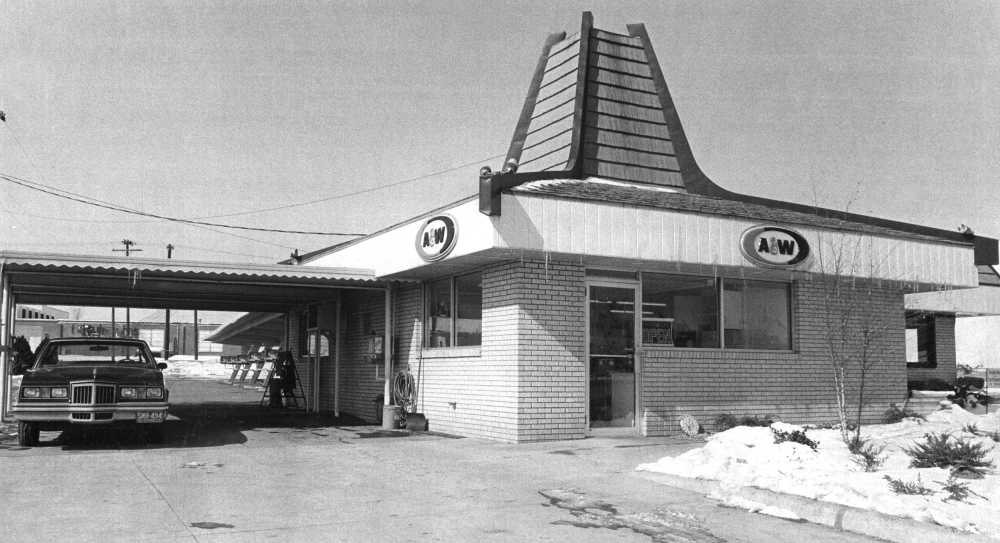 The business, located at 335 N. Kingshighway in Cape Girardeau, started Memorial Day, 1960, noted as a drink stand, closing three months each year. We remodeled in 1970, built a dining room in 1975, open year around for your personal dining pleasure. We specialize in cold frostie mugs, A&W Root Beer, and the best in hamburgers, French fries and homemade onion rings, also homemade vegetable soup and chili.

The restaurant was purchased by Richard Popp in 1960. He operated it for 34 years.

The skoal will be for good health at A&W Restaurants here and in Jackson.

The restaurants, operated by Richard Popp and Bernard Johnson, will take part in the 1976 National Easter Seal Telethon for the month of March. A nickel for every large mug of root beer sold during the month will go to Easter Seals, and there will be donation containers inside the restaurants.

Free "Great Root Bear Hocus-Pocus Magic Kits" will be available for children to use in producing their own fund-raising magic shows for Easter Seals in their neighborhoods.

The telethon will be held March 27-28, broadcast from Hollywood through about 60 local television stations in the major population ceners of the nation. A&W International, Inc. is the only fast-service food chain officially organized to collect contributions for the telethon.