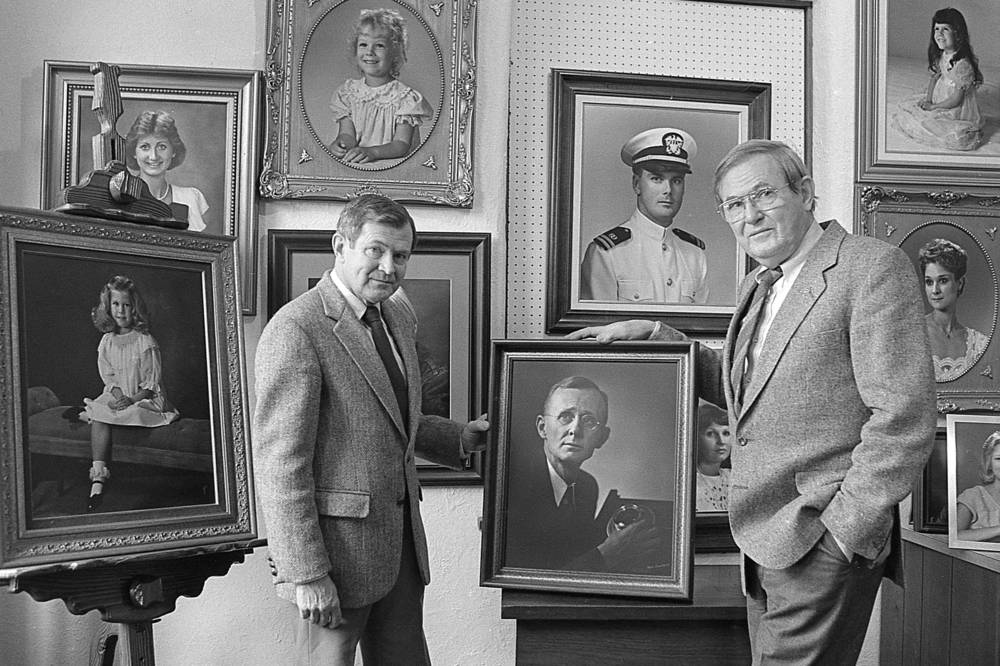 John Lueders, left, and Paul Lueders are pictured with a portrait Paul made of their father, Herbert Lueders, in 1940. (Mark Sterkel photo)

Paul Lueders, Lueders Studio, is a Master Photographer, a recognition of his years of experience and expertise. He has worked in a portrait studio since the age of eight. His father, Herbert, came to Cape Girardeau from Lexington, Missouri in 1925 and established the business at 427 Broadway.

Lueders, during World War II, served as a mapping photographer. Photographs were taken out of airplanes over enemy territory. But he always knew he was a portrait photographer.

"I approach each photograph as if it were a painting, not just a picture," he said. "So much photography is just snapshot work. Anyone can learn to operate a camera and take a picture; that doesn't make it a portrait.

"When someone comes in, I try to get a mental image of what's different or unique about this person," he explained. "Then I use lights and poses to bring out the way we know the person looks, not the way accidental lighting makes them look."

While studying art at Washington University, Lueders had a conversation with one of his art professors. "He told me photography was very limiting in portraits," Lueders recalled. "I thought, I'll show you I can draw with light."

Twenty-five years later the professor visited SEMO University. When he came to visit Lueders, he had a portrait made. "I thought, I'll make him eat those words," he said. "Later he told me that portrait was the best he had ever seen.

"We do a great deal of work people don't know about," Lueders said. For example, this week he has been photographing some manuscripts by William Faulkner. He has taken many color photographs for catalogs and other publications across the country.

"Anytime I put my name on a portrait, that says something: we've done our very best. That's the way we practice photography." 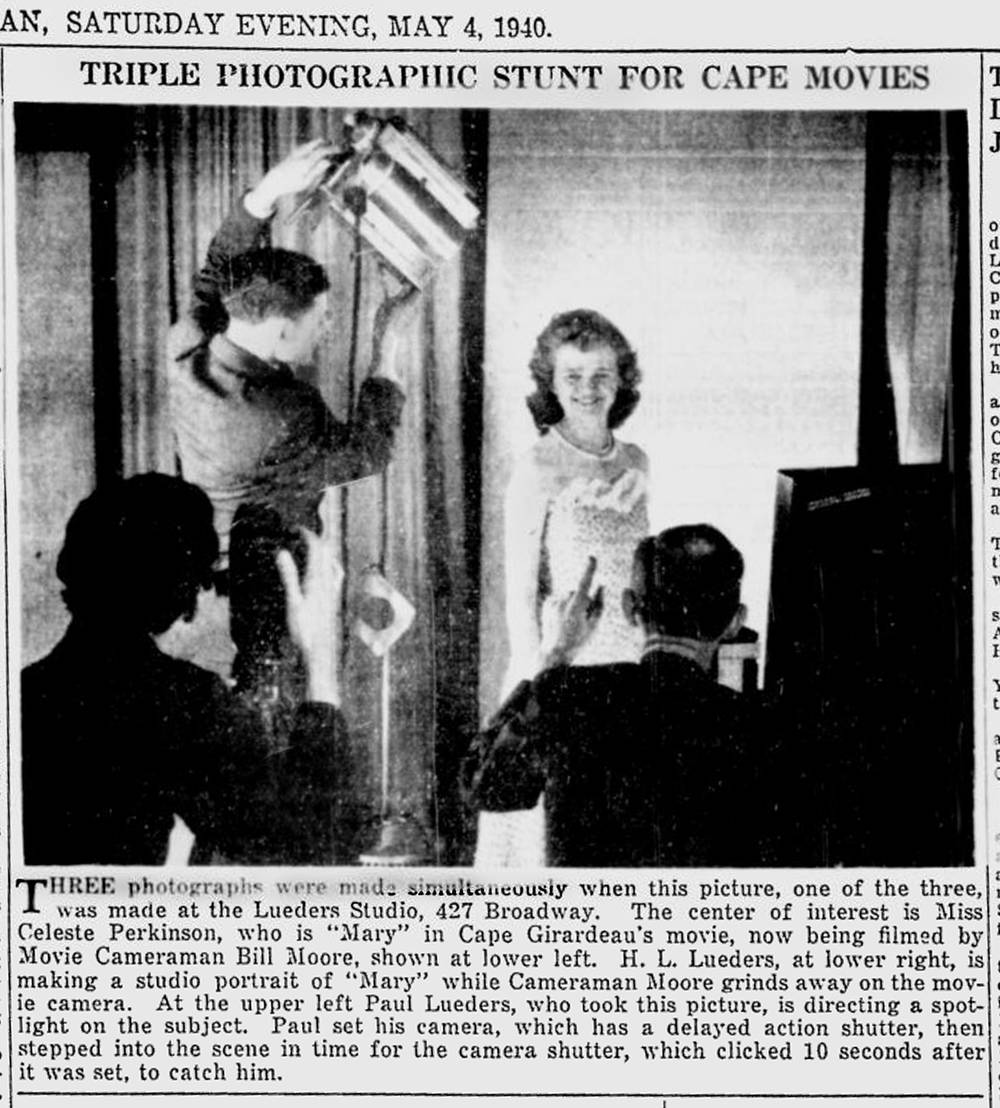 Order this photo
Read about the movie shot in Cape Girardeau in this blog by Sharon Sanders: