When I met Ron Wilson in 1975, he had been a "cameraman" for a decade at KFVS-TV. Compared to my single-shot 35mm camera, his equipment required a little more strength to handle. In those days, about the only people who carried a camera did so to report the news. We might sometimes take a shot of a fellow reporter or photographer doing their job.

A Southeast Missourian photographer snapped a picture of Ron with his Canon Scoopic 16mm film camera during a fire drill outside the federal building in the early 1970s. Ron's job had evolved to video with cumbersome equipment when I made a picture of him on a cold day at the Central Municipal Pool in 1980.

Ron was dedicated to photographing veterans-related stories for KFVS12. As a U.S. Marine Corps veteran, he was surprised in 2006 with the Marine Corps League's Distinguished Citizen Award, presented to him as he was about to cover the event. "I like to be the one behind the camera, not in front of it," he remarked.

Ron was pleased to pose at Freedom Corner in 2007 to draw attention to his project that would honor all the Cape Girardeau County men who died while serving their country. See story below: 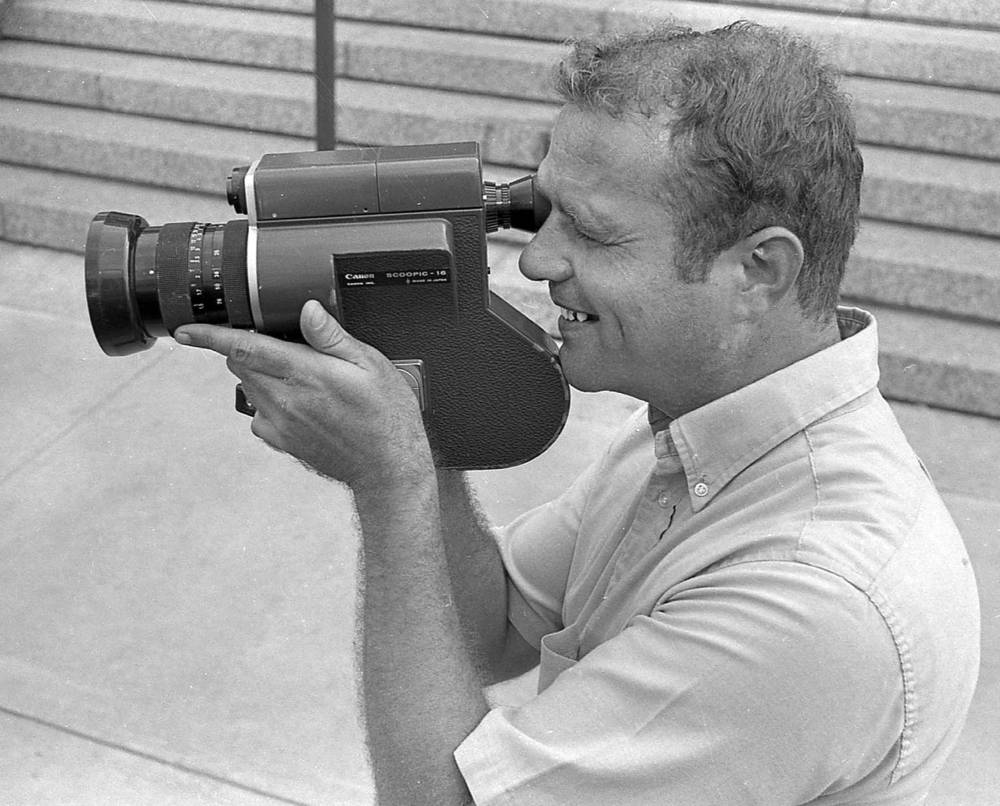 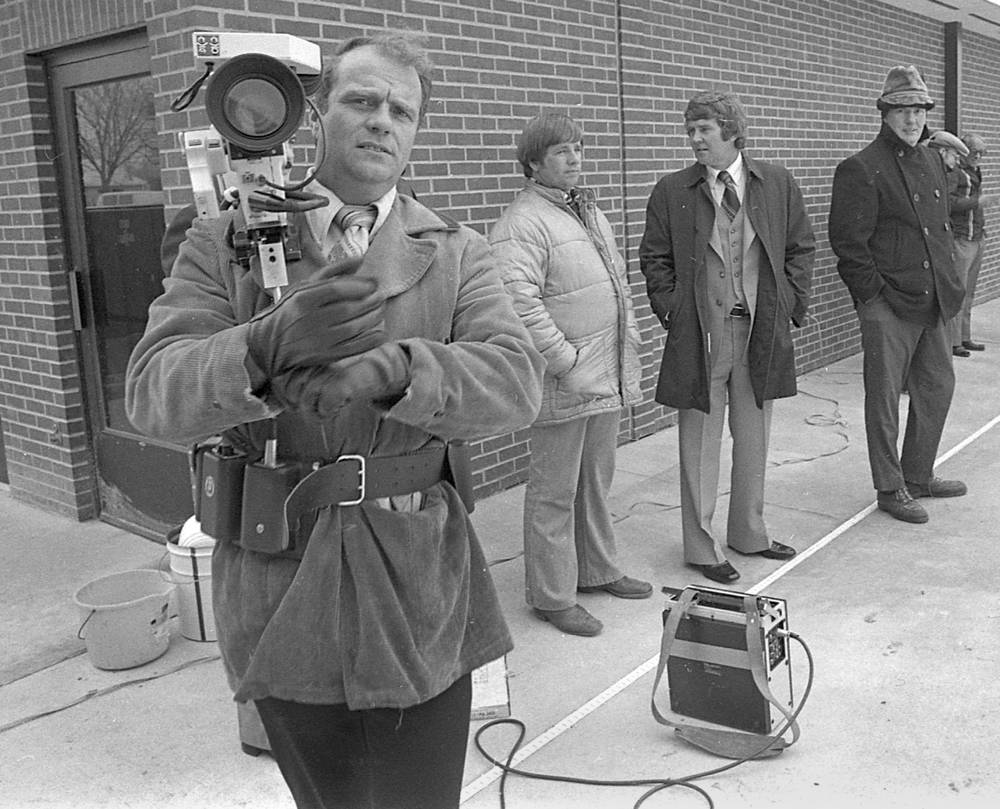 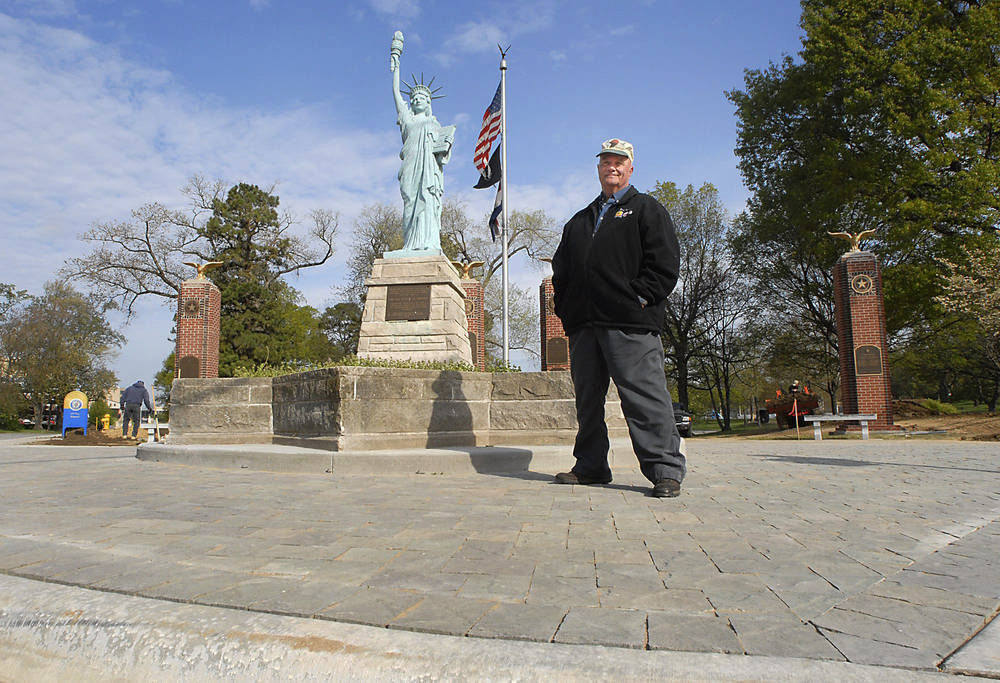 Cape man one of two in U.S. to get Marine League honor

The move meant the city would replace the walkway around Freedom Corner with new concrete paver stones. Workers would also be moving the curb back 9 feet toward Lady Liberty.

With support from area veterans' groups, Wilson has begun a $6,000 project to engrave 207 new granite stones with the names of all Cape Girardeau County men who died while serving their country. The stones, which will be engraved by Liley Monument Co. of Marble Hill, Mo., will be installed in two or more weeks.

Freedom Corner is the 65-year-old memorial at the intersection of West End Boulevard and Broadway. It includes a 56-year-old replica of the Statue of Liberty and plaques with the engraved names of Cape Girardeau County men who died in World War I, World War II, Korea and Vietnam on four brick pillars.

Wilson, an active member of the Marine Corps League, said that when he heard about the move, he remembered something he read in a poem on the Internet.

"It really hit me when I saw this thing on a poem site that I visit sometimes; it said, 'no man is ever forgotten as long as his name is still spoken," Wilson said.

Wilson said this poem is the reason he plays an audio recording of each man's name every Memorial Day at the corner. The recording is narrated by Robert Floyd of KFVS12, where Wilson works as a cameraman.

"We're getting to the stage where we're totally forgetting World War I, and World War II is about to be gone, so this is just another way to remember these men," he said.

The list of deceased soldiers includes 40 from WWI, 128 from WWII, 20 from Korea, 16 from Vietnam and three from the current conflicts in Iraq and Afghanistan.

Wilson said he used only the names of soldiers whose death he could confirm through online resources like the Missouri Secretary of State's Web site. He listed the men who died while serving the United States either as a result of combat, disease or accident.

For Wilson, remembering the legacies of fallen soldiers is a personal crusade. His brother, Richard, is the only Congressional Medal of Honor winner from Cape Girardeau County.

A medic in the 101st Airborne division, his company was ambushed and took heavy casualties. Richard Wilson administered aid to all injured until the company withdrew. He was then informed that one of the men left for dead may have been seen moving. Richard Wilson rushed back to administer aid and was shot and killed.

Ron Wilson said he just wants all soldiers to be remembered.

"People think I do it for that reason, for my brother, but he's been so honored in so many ways, I think other people should be honored," he said.

And though Ron Wilson has not made a big deal of what he's doing, for some this commemoration is an important one.

"I think that'll be awesome. I really look forward to seeing that," said Jim Shank of Jackson, whose son, Jeremy, 18, was killed in Iraq in September.

"When the time comes for that to be dedicated, I'll be there. It will mean a lot especially to the boys (Jeremy's brothers, Chris and Nathan). It still gets to them from time to time," he said.

The pavers will be laid in a circle around the outside of the statue and separated by conflict.