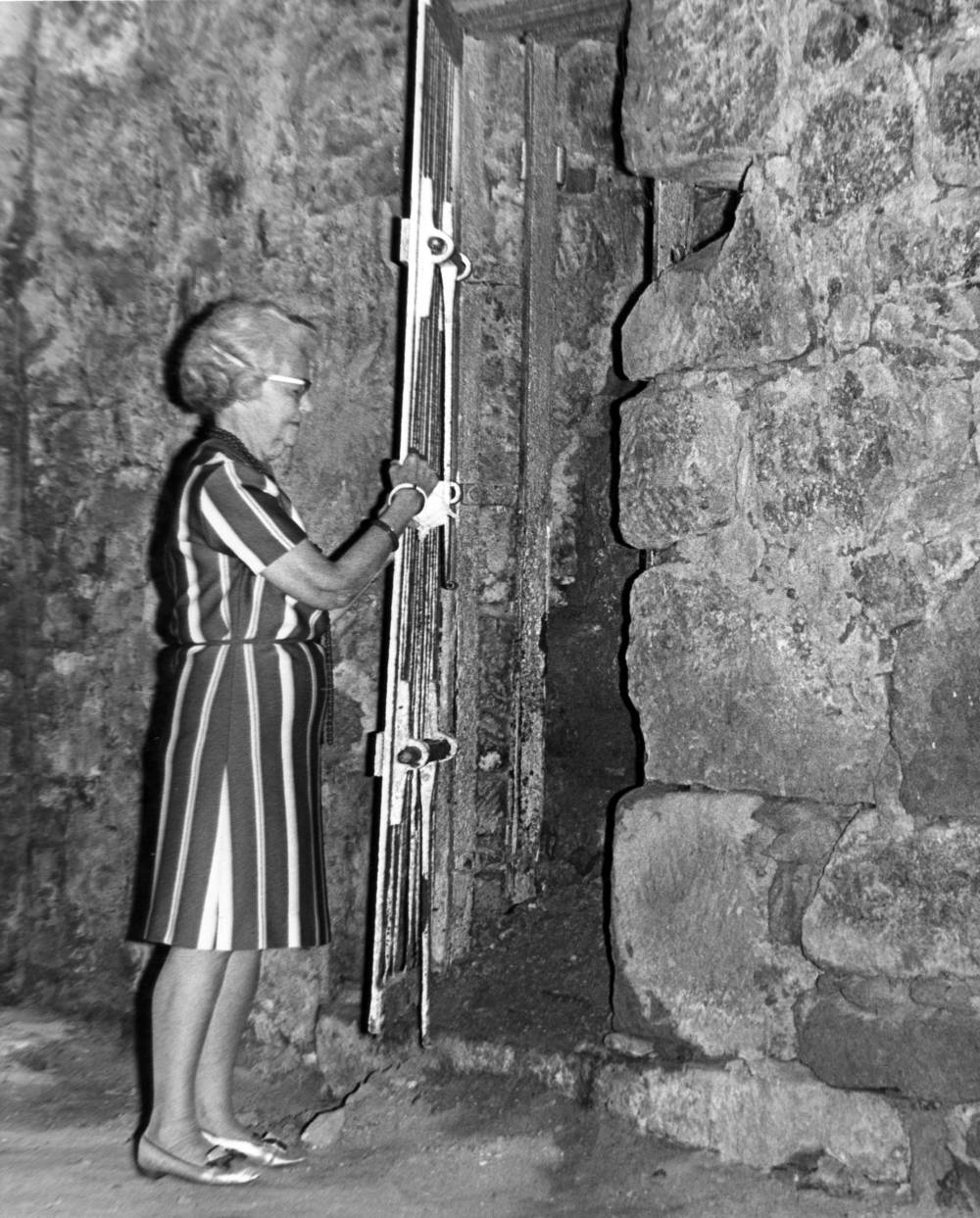 Mrs. Naomi Lusher, an attendant at museum maintained at Common Pleas Courthouse by the Cape County Historical Society, opens a barred door in the courthouse dungeon to view the caved-in earth that now fills what was once apparently an exterior entrance. 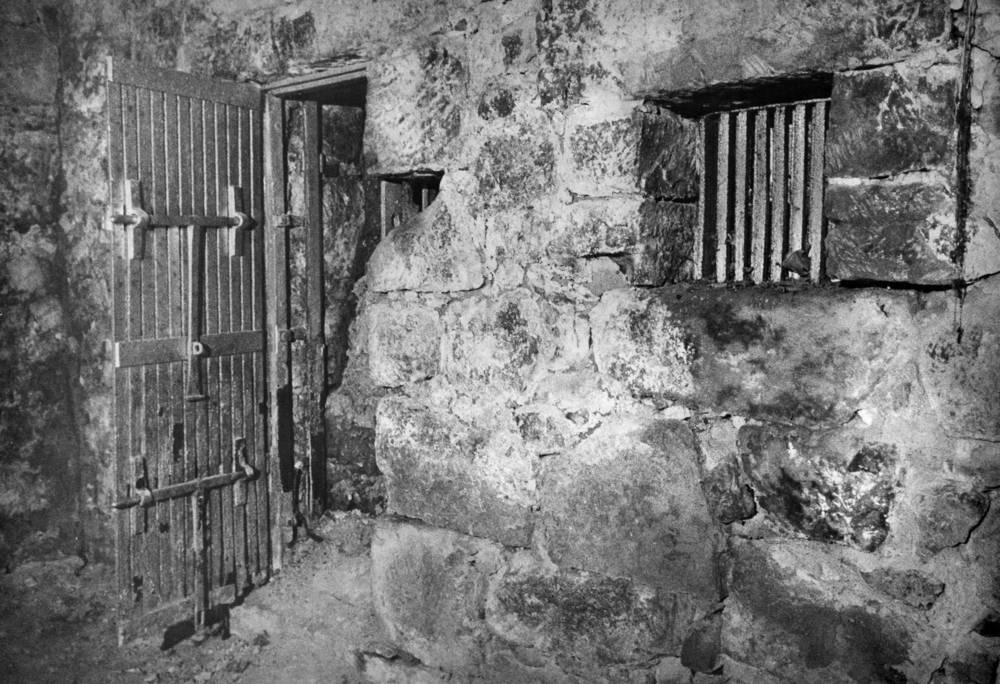 Mrs. Naomi Lusher presented the program, in which she described the founding of the museum, which was opened May 29, 1961; she also conducted tours of the dungeon, used briefly before the Civil War to house slaves who were to be auctioned and during the war to incarcerate Confederate soldiers, and the recently-refurbished tower the cupola of which was moved to the courthouse from the old St. Charles Hotel in the late 1880s.

Miss Helen Mueller regaled viewers with tales about the hundreds of items in the museum, which range from military and civilian clothing items, several types of early guns, and hand-painted china to elaborate fans and umbrellas, the account book of a local funeral home covering the years 1897-1900, and a flute used during the Seminole War.

The original unit of the courthouse, Mrs. Lusher told the group, was begun in 1851 and completed in 1854; wings were added in the 1888 remodeling, and the west portion was extended in 1959.

In the dungeon, the society members examined the sandstone walls and dirt floors of the one large room to which there is now a walk-in entrance, and poked curious heads into the "crawl hole" which is the only opening into the unlit second room, of similar size.

Climbing the 80 steps--steep and narrow, with the last reach a ladder-like section, the visitors were rewarded with a panorama of Cape Girardeau and the river, still shrouded in summer foliage. Mrs. Lusher commented that the view will be much better once the autumn frosts have caused the leaves to fall; the tower has been open to visitors only since June of this year, when decades of damage done by weather and birds was repaired.

It was pointed out that whereas once there was a Court of Common Pleas for every county in Missouri, only two now exist, the one here and one at Hannibal. Land for the courthouse was deeded to the city by Don Louis Lorimier, the city's founder, in 1806. The building is now owned jointly by the city, which has administrative and service offices downstairs, and by the county, which maintains the courtroom and offices necessary to the court's functioning in the upper story.

Miss Mueller and Mrs. Lusher are paid by the county $5 for each day they serve as museum attendants; Mrs. Lusher keeps the museum open during the week, as the only access to the museum is through the courtroom proper.

During the business session, the president, Dr. Robert R. Hill, announced the appointment of J. Leonard Peerman, Mrs. W.F. Oehler, and Otto Koenig to serve as an advisory board to the society. The board will consider ways the county group can participate in Missouri's sesquicentennial next year.