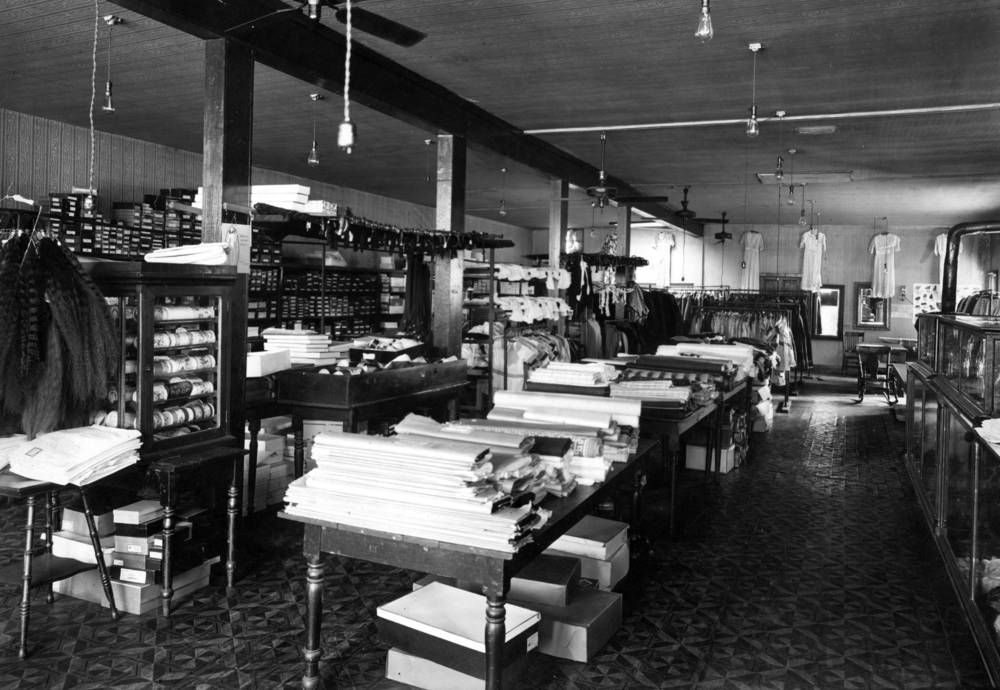 J.M. Allison and M.W. Bowman had been with the Glenn Store for more than 15 years, when they left that employment in 1910 to form their own business -- Ladies Toggery -- on Broadway. In later years it became known as Allison's Toggery. (Published 1914, SEMO Drummers'Association souvenir edition)

J.M. Allison moved his store to Main street in 1918. See story below.

Here is an advertisement in the Nov. 14, 1918 Southeast Missourian: 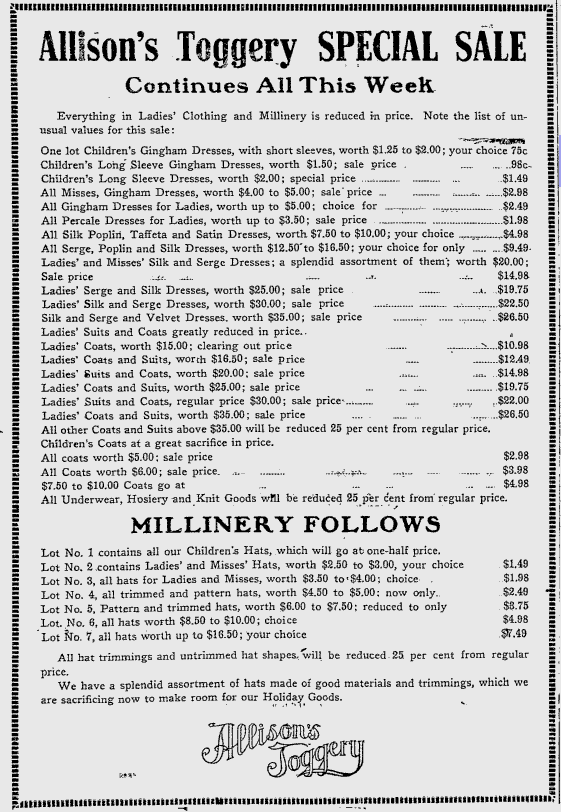 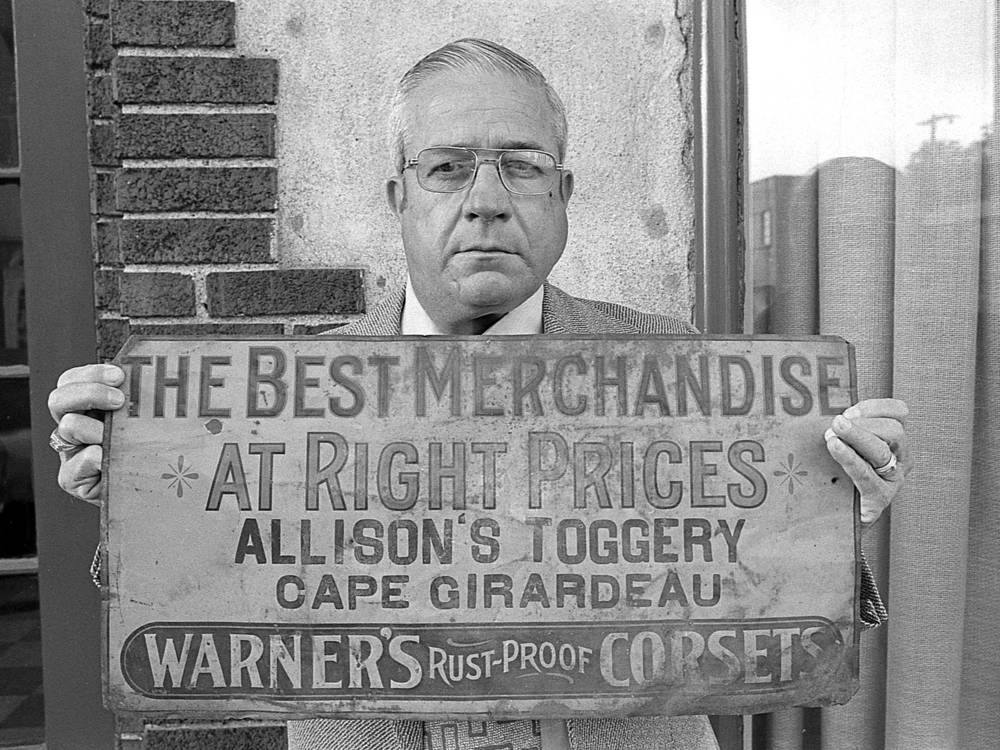 In this photo published Oct. 6, 1975, Don B. Caldwell holds a sign of an old business that once was in Cape Girardeau. Mr. Caldwell said the sign was found after students, who live in an apartment above his business at 716 Broadway, insulated the attic. He said they threw the sign out the window and he found it when taking out trash.

The announcement that Allison's Toggery would move to Main street recalls former years in the downtown district. For over 15 years, J.M. Allison was a leading spirit on Main street and had many big merchandising events that brought people from far and near. Then he entered business for himself and opened up on Broadway.

Allison says he is anxious to get back downtown and that as soon as he does he will make the people know that the Toggery is to maintain its place in the forefront of store activities.

He has leased the Houck building, opposite the Sturdivant Bank, and will make the corner formerly occupied by the Caldwell store as popular as it was in years past. He expects to move in about ten days and in the meantime the room is to be renewed and made attractive.

As a clothing and furnishing store for women, the Toggery has long had a big business and in its new location it will doubtless increase rapidly. J.M. Allison's reputation for reliability and for pushing good merchandise is well known throughout the country.

When the present publishers of The Missourian resurrected this paper late in 1904, Mr. Allison was manager of the David A. Glenn store on Main street. It was the largest store of its kind and the leader in all southeast Missouri. Four large rooms were filed, one with men's apparel, another with women's apparel, and two with dry goods, carpets, rugs, etc.

In those days retail stores, as a rule, bought space in the newspapers by the month. Some changed the reading matter monthly and the more progressive ones changed copy weekly. The Glenn store had been in the habit of changing weekly and when a big spring or winter special was announced, handbills were used.

Cape was on the boom those days and Mr. Allison, as manager of the Glenn store, went to the St. Louis market frequently. He soon noticed that the St. Louis stores used different kinds of newspaper advertising and was quick to get in line by having special advertisements in this paper, changing them every day. Gradually he used larger space several times a week and dropped the weekly or monthly space.